The monument of Stefan Nemanja has been unveiled 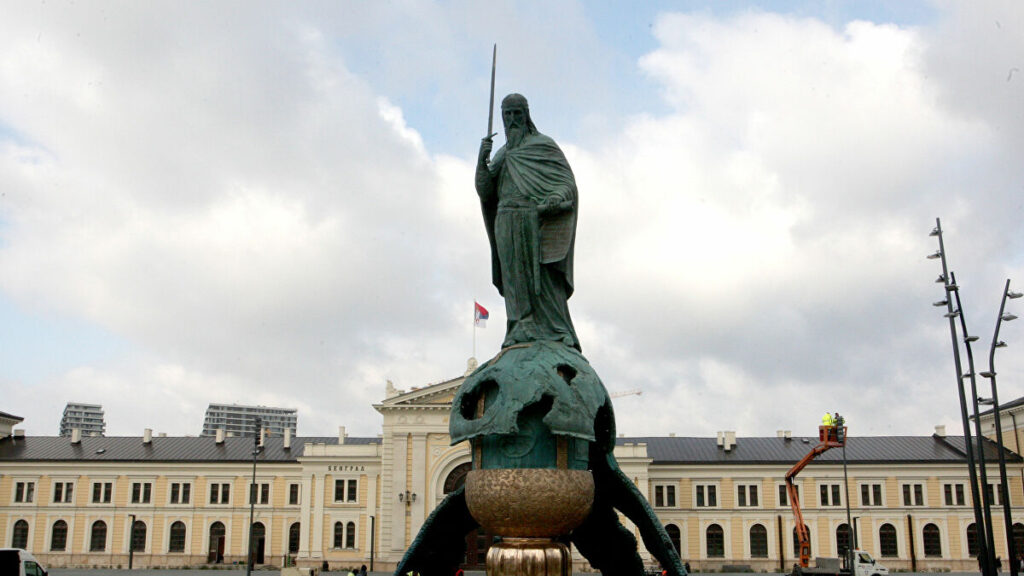 Two days ago, it was a great day for Belgrade. It got a new landmark and future symbol of the city – the monument of Stefan Nemanja. This unveiling of a grandious and beautiful monument was held on January 27th. This event represents a new era in the development of our city and the popular Belgrade Waterfront neighborhood. The plans for the monument were announced last summer, and since then, we were impatiently waiting for this day.

Who was Stefan Nemanja

Stefan Nemanja was one of the most important Serbian rulers, who had the royal title of the Grand Prince. He lived in the 12th century and he was the founder of the  Nemanjić dynasty. Most importantly, he was one of the biggest contributors to the Serbian statehood, church, and culture. Moreover, he was a philanthropist and a writer.  One of his sons was Saint Sava, the first archbishop of the Serbian Orthodox Church. The famous Saint Sava temple carries his name. The day of the opening was not a coincidence – January 27th is the day of Saint Sava and it is a major Serbian holiday. President of the Republic of Serbia, Aleksandar Vučić, attended the ceremony, with other representatives of the government. 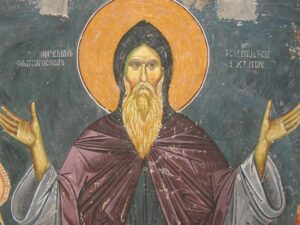 The monument of Stefan Nemanja

The installation of the monument began in August 2020, together with a reconstruction of Sava Square. The monument is impressive 23.5 meters high and weighs around 80 tons. The sculptor is Alexander Rukavishnikov, a member of the Russian Academy of Arts. Together with architect Petar Arsić, he worked hard to make this dream come true.  The sculpture was made in Moscow and delivered in Belgrade in parts. Symbol of new Belgrade, the monument of Stefan Nemanja will soon become a recognizable landmark of our city.

The pedestal is in fact, a combination of the royal scepter and a Byzantine shield. It is even possible to get inside, as it serves as a unique open-air museum. Visitors can see the engraved scenes from Serbian history in the interior and the exterior of the pedestal. The figure of Stefan Nemanja has carefully planned details on it. The sculptor tried to make his facial features as accurate as possible. Also, the sculptor reconstructed the details of the clothes according to the historical sources. Hence, the monument of Stefan Nemanja is a very authentic representative of Serbia and its long history.

An interesting fact about this monument is that originally, the ruler was supposed to hold a cross in his hand. Instead, he is now holding the sword. He was important to figure for both church and state, but ultimately, everyone agreed to emphasize representation of the state, as it belongs to all citizens, regardless of religion and beliefs. In his other hand, he is holding the Charter of Hilandar. Stefan Nemanja himself wrote and signed this founding charter of the Hilandar monastery. The monastery is in Mount Athos, Greece, and also plays an important role for the Serbian Orthodox Church. 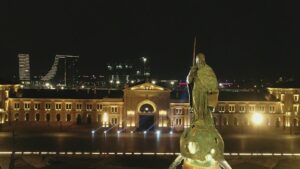 The monument of Stefan Nemanja stands in front of the old train station, on a new and modern Sava square. It symbolizes the synergy of the old and new city and the vision for Belgrade of the 21st century. The reconstruction of Sava Square is part of the bigger project – Belgrade Waterfront. We expect that soon, the entire area will become one of the favorite locations for walking, dining, and entertainment. In fact, we predict that this will become a new city center.

Before that happens, we advise you to consider investing in the property at this attractive location. In around a year, we expect to see another landmark here – Belgrade Tower. Just imagine an amazing view you are going to have from your balcony! Of course, if you are just visiting Belgrade, make sure to walk around this area. Stroll along the river Sava or in Sava Park. Shop in the newest and biggest Belgrade mall – Galeria Belgrade. Take a break and have a coffee or lunch in one of the cafes or restaurants. Some of them are in the mall itself, but others are of course, along the river. Sit back, enjoy your meal and watch the world go by. Feel the spirit of modern Belgrade, let it inspire you, and be a part of history! See you in Belgrade! 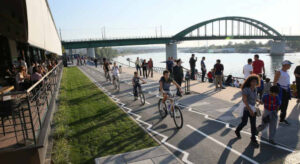