Party on a Private Boat

Heart of Belgrade is located on the confluence of two international rivers Danube and Sava, Boat panoramic tour is perfect sightseeing experience which enables you to travel to back in time thru Belgrade history , visiting it’s all fortresses, towers, war islands , churches in comfort cruise while the hot wind blows through your hair.

In boat panoramic sightseeing tour you will be able to see some of the most famous Belgrade attractions:

Gardoš was inhabited in period of The Vincha culture. It is placed in the city center of Zemun. It was named after Slovenian noun for ,,city’’. Gardoš outspreads among the shores and it is one of the essential boardwalks in Belgrade. Next to the many cafes and restaurants, there are The Zemun Fortress with Tower of John Huniadin and different churches. Special attention is given to many events such as Summer in Gardoš  and Summer stage where are escoted various concerts and plays.

Lucky buoy on the dot where two rivers fell in love with each other , for decades floats the lucky buoy , when you pass it you should make a wish , they say it will come real guaranteed.

Nebojša Tower is the only surviving mediaeval tower of the Belgrade Fortress. Built in the 15th century, it was the major defensive tower of the fortress for centuries. Later it served as a dungeon and in 2010 it was adapted into the museum. The tower is located near the confluence of the Sava into the Danube.

The Belgrade fortress, built on a white ridge above the mix of two large rivers, was repeatedly destroyed and rebuilt for 16 centuries, is today a trademark of the Serbian capital. If you were once in the capital of Serbia, then you know that its symbol is a magnificent Belgrade fortress that rises on a white ridge above the confluence of the Sava in the Danube and as if it continues to wade over the city and protect it. If you have not been, you have to visit the Serbian capital and go on a tour of the Upper and Lower City of Belgrade fortress and take a walk in Kalemegdan, in the shadow of high towers, old centuries, feel the spirit of history that still lives in this place. As he watches the rivers and keeps the shores, you will also find the “Victorious” – a monument of “victory over time”.

Great War Island is a river island in Belgrade, capital of Serbia. It is located at the confluence of Sava and Danube rivers. There are 66 bird species which actually nest on the island, 43 non-migratory and 23 migratory birds. In winter, during the nesting period, there are some 80 species present, while in the migration season, number rises to over 100. Some of the species are pygmy cormorant, black stork, mergansers, seven species of herons, over 40 species of ducks. Altogether, 163 different bird species inhabits the island. The island was the largest colony of the great egret on the entire course of the Danube, maybe the largest one in the Europe. During the NATO bombing of Serbia in 1999, the herons, for the most part, disappeared. Major attraction on the island is a pair of white-tailed eagles. A nesting couple, they settled on the island in 2010, migrating from the marshland of Pančevački Rit, across the Danube. They built a large nest, 2.50 metres (8.2 feet) in diameter, at the height of 20 metres (66 feet). There are five other nesting couples in the wider Belgrade area, and some 90 in the entire Serbia, but having them reproducing at only 2.5 kilometres (1.6 miles) from the downtown of a city of this size is an exceptional rarity. They reproduced for the first time three years later, in 2013. In April 2016, when their chicks were to be hatched, the city’s communal services installed a camera in the nest. The project was unique, with the similar one in Estonia, but Belgrade is the only European capital to have it.

The Cathedral Church of St. Michael the Archangel was built in 1845. on the basics of the former temple. It was wrecked to the ground and it was reconstructed in the time of the Ottoman conquests. In this church, among the plenty of valorous objects, icons and books , there were buried Miloš Obrenović,Dositej Obradović, Vuk Stefanofić- Karadžić and other patriarchs and metropolitans.

Belgrade Waterfront, known also as Belgrade on Water is an urban renewal development project headed by the Government of Serbia aimed at improving Belgrade’s cityscape and economy by revitalizing the Sava amphitheater, a neglected stretch of land on the right bank of the Sava river, between the Belgrade Fair and Branko’s (Serbian : Brankov ) bridge. It was started in 2014 with the reconstruction of the Belgrade Cooperative building, which was finished in June of the same year. The apartments in BW Residences, a premium riverside residential development, will be luxurious improvement of the city with modern abstract design which goal is to put Belgrade on the touristic map even more.

Ada Ciganlija (,,The Belgrade sea’’) is lake made on river Sava. Name is taken out of Celtic word Singa-Lia which means ,,an island’’ . Ada lake is in 1821. pronounced a National welfare. It is full with beaches, cafes and it has over 50 sports objects, recreate activities and it is one of the favorite summer and winter destinations among Belgrade citizens and tourists. Baths are outspreading the lake with its full length, and it also includes a nudist beach.

One of the best representatives of Belgrade nightlife it`s definitely river night clubs, popularly named by Serbian word – splavovi – Belgrade unique boat clubs placed like raft on the river bank. Located all along Danube and Sava river banks on both sides. If you want to learn more about Belgrade night life don’t miss to visit our VIP night life tour section.

This tour is private

Boat panoramic sightseeing is available in most weather conditions, only not during harsh winter days.

This tour is okay for either small or large group.

All boat personal are fluent in English. 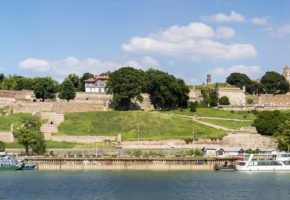 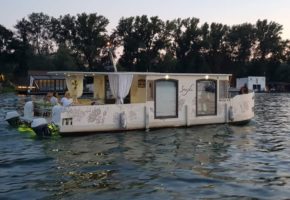 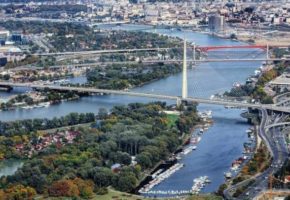 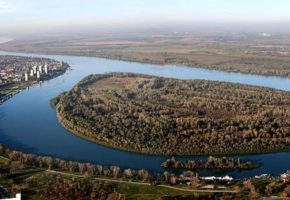 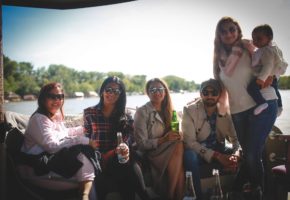 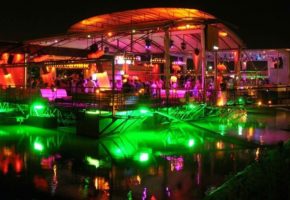 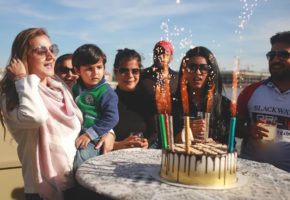 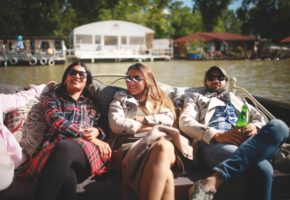 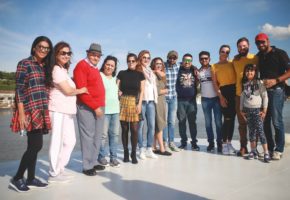 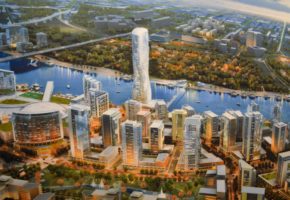 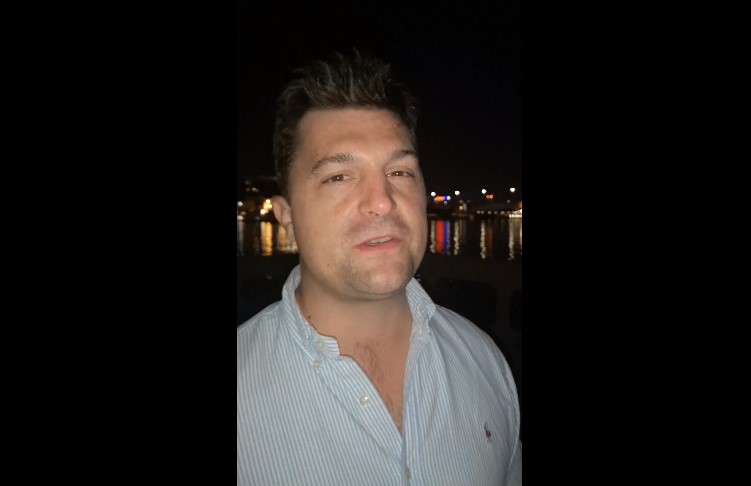