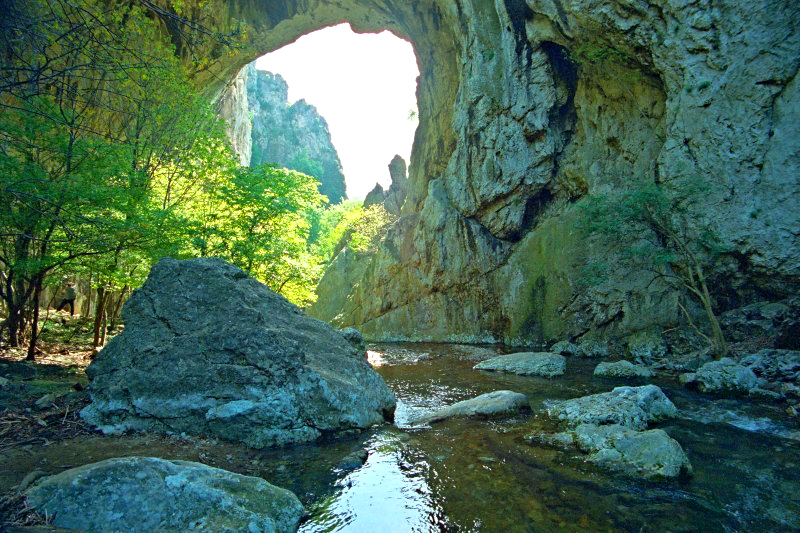 The Prerasts of Vratna – or Vratna Gates – is the group of stone bridges and stone “gates” on the Miroč mountain. Those three tall stone arches are the remains of the former large cave system. They are not man-made; rather, they are the result of erosion and forces of nature. Today, this is a popular tourist attraction.

If we translate it literally, prerast means “overgrow.” In reality, this interesting locality has several different names. People call them Prerasti Vratne, and also Vratna Gates (in Serbian: Vratnjanske kapije). In the karst terrain in the valley of the Vratna river, there are several caves and different limestone-formations. In fact, structures such as Prerasts of Vratna are quite rare in the world, and they are the biggest structure of such kind in Europe. Hence, the entire locality is protected as a natural monument since 1957. 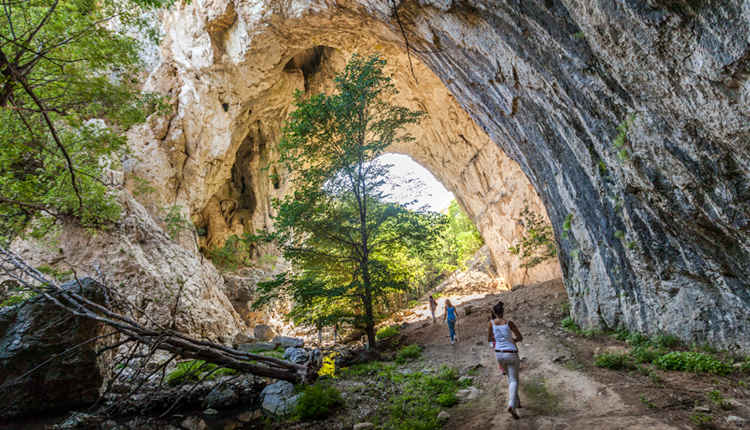 There are three Prerasts, which are connected with the hiking trail. You will start your hike from Vratna monastery. This 14th-century Serbian Orthodox monastery, founded by Serbian king Stefan Milutin, is a female monastery today.

Follow the river upstream. Just 200 meters from the monastery, you will see Little Prerast (Mala Prerast). It is around 15 meters long, 33 meters wide, and 34 meters tall. The stone arch above the opening is around 10 meters thick. Then, you will reach Big Prerast (Velika Prerast). It is about 100 meters from the Little Prerast. Its length is 45 meters. The opening measures 23 m in width, 26 m in height, with 30 m in thickness above the opening. Those two prerasts are the remnants of a former cave tunnel through which the river Vratna flowed, with a section of the arch between them that collapsed.

Last but not least is the Dry Prerast (Suva Prerast). To reach it, you have to walk around 3 km more, into the gorge. But believe us, it is worth it! This arch measures 34 m in length, 15 m in width, 20 m in height, with 10 m in thickness above the opening. It got its name from the fact that during the summer, the Vratna river plunges 50 meters upstream, then reappears and vanishes again, before breaking free from the rock and continuing to flow on the surface. That is exactly how this arch was created. 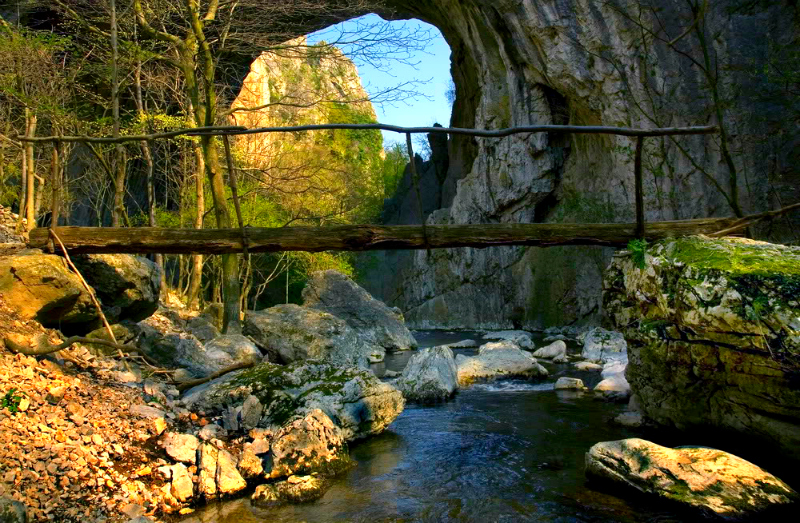 The pristine nature around the Prerasts of Vratna means that there are many different species living there. The area is famous for its deers and mouflons. You might even get lucky and see them, so make sure you are careful and kind to them! Other mammals such as rabbits, foxes, otters, and polecats can also be seen here. Moreover, you can enjoy birdwatching as well, as at least 50 species of birds live there. Also, different species of bats live in caves. Of course, the flora is rich and lush too. 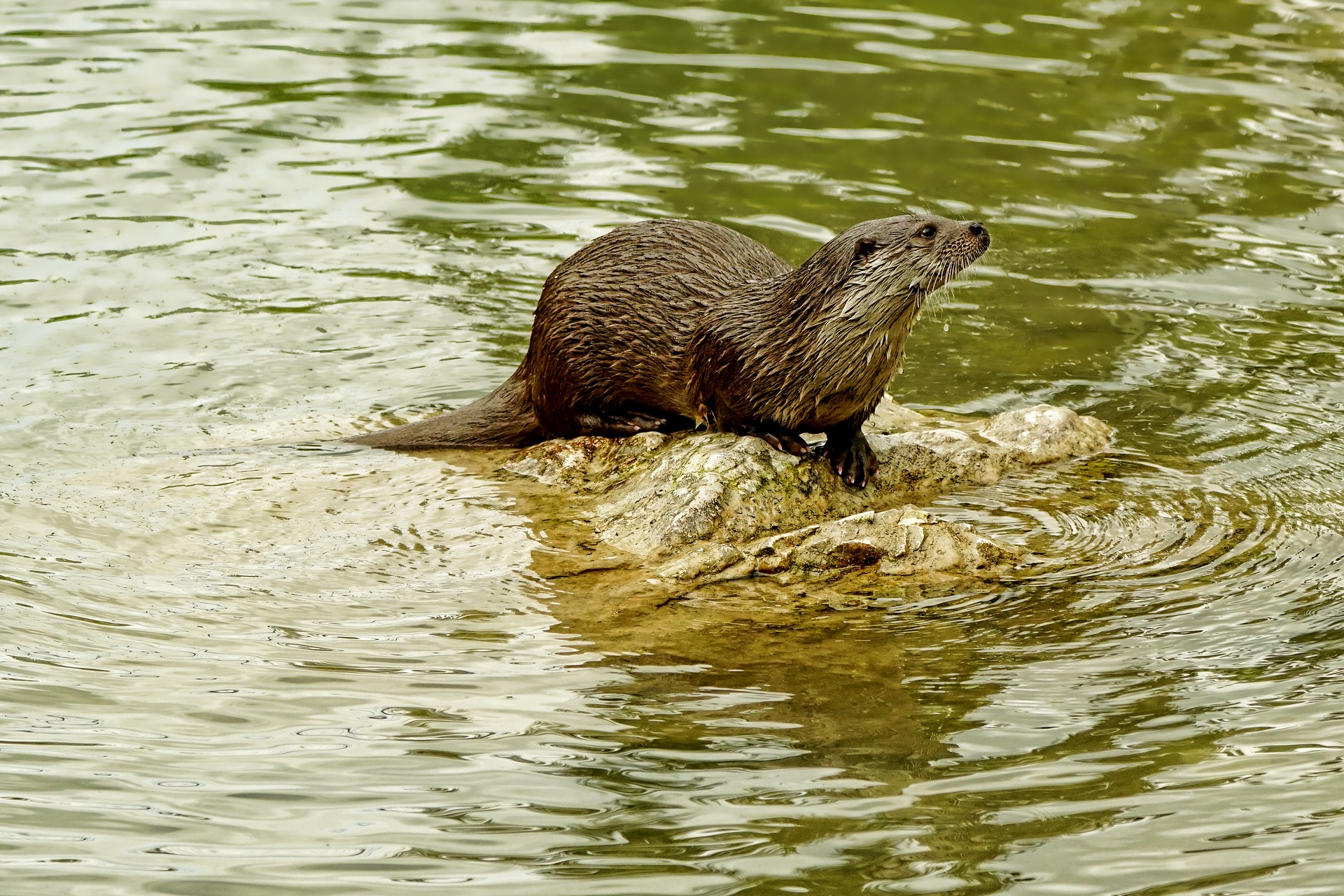 The Prerasts of Vratna are in East Serbia, close to the city of Negotin. They are around 220 km away from Belgrade, 160 km from Niš, and only 30 km away from Negotin. We advise you to go by car, as the buses go only to the cities and not to villages and natural sites.

East Serbia is a quite mysterious region, so you will hear many legends and tales. They are part of the tradition of this region – and our country. While you are there, you can visit Đerdap, Blederija waterfall, and many other beautiful sites. Stay tuned, as we will keep introducing you to some of the mysterious and off-the-beaten-path sites of this region. With More Than Belgrade, you will be able to see the most beautiful places of Serbia before they become too famous – and enjoy the beautiful nature all by yourself.