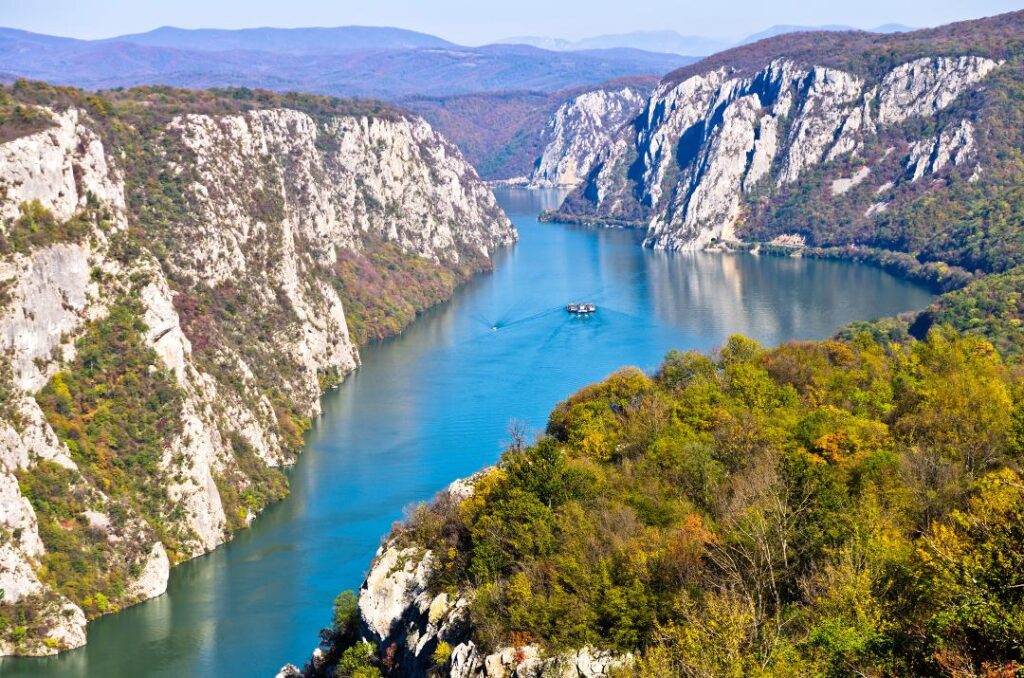 Djerdap Gorge is one of the most beautiful scenes you can see in this part of Serbia. High rocks and the beautiful greenery that surround it are a real treasure of this country. This part represents a real harmony between nature, rare animal species, and humans. As a result, this section attracts a large number of visitors around the world.

This is one of the largest gorges in Europe, and it is also the longest. It is located on the border between Romania and Serbia and is a natural border between the two countries. The gorge is known throughout Europe as the Iron Gate, and in its vicinity is the Djerdap National Park.

The history of the gorge dates back to the distant past when ancient Greek merchants passed through this incision in order to reach their destination easier and faster. It was not until Roman times that the Djerdap became the main trade route. This is also due to the construction of roads on both sides of the Danube, which has led to the economic prosperity of this region. Many rulers passed through here, but only Trajan managed to make a passage along this narrow part as well as the bridge which was later demolished. 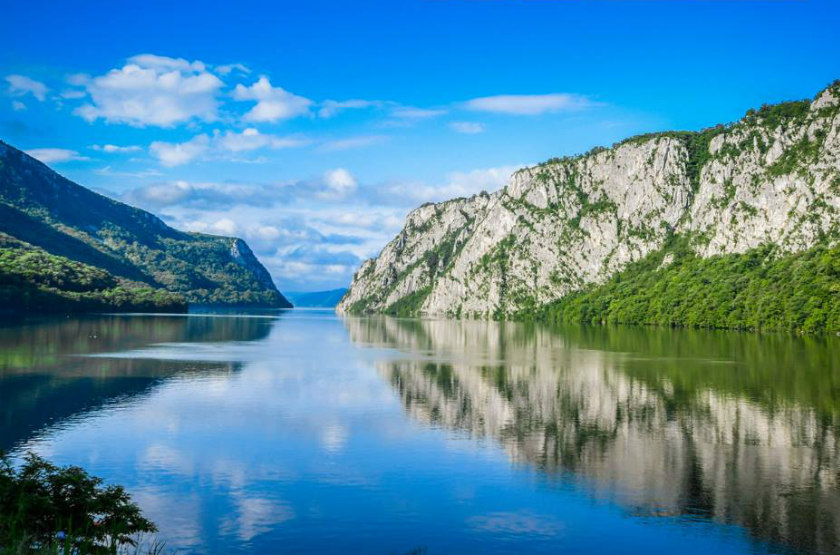 The greatest depth of the Danube

The Djerdap Gorge is a part of the composite valley, which includes the Golubac and Sipska gorges, as well as the Kazan gorge and Gospodjin Vir. It is known for its archeological excavations from ancient times, which must be visited when visiting the gorge itself. Nearby is the Djerdap hydroelectric power plant, the construction of which led to the creation of the Djerdap Lake.

The gorge consists of several parts. From Donji Milanovac to Sip, they follow in the following order: Gornja klisura, Gospodjin Vir, Veliki i Mali Kazan, and Sipska klisura.

The Djerdap Gorge is the most beautiful part of the Djerdap National Park. It occupies 64,000 ha and stretches along the right bank of the Danube. The Danube reaches its greatest depth in its entire course right here and it is 96 m. It is also the largest river depth in Europe and one of the largest river depths in the world. Also, on its entire course in the Djerdap gorge, the Danube is the narrowest, in the part of Kazan 160 m. 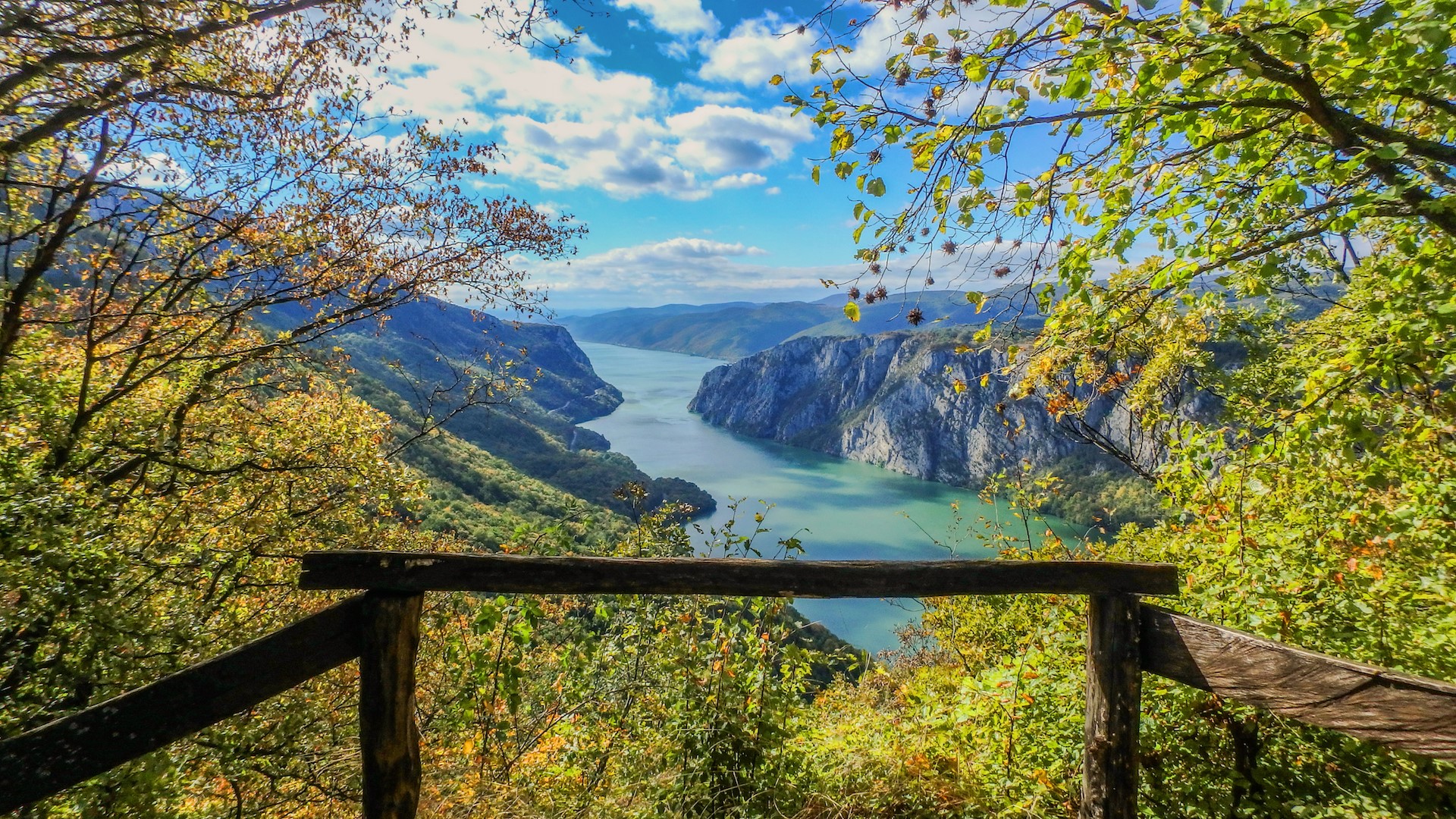 This harmony of the most beautiful and most remarkable gorge on the Danube makes the visitors feel as if they stepped into another world. Into the world of cultural and historical sites such as Lepenski Vir and Golubac city, where people lived for thousands of years – according to the archaeological findings.

The wealth of the region is also reflected in a large number of unusual plant and animal species. Here you will be able to see lynx, wolf, jackal, owl, black stork. On the other hand, there are hundreds of other unusual and strictly protected plant species.

The best way to get around the gorge is by the river. During the summer months, it is best to cruise by boat. It is the perfect way to meet all its natural beauties. The symbol of the gorge is Trajan’s Plaque, which is currently located a few meters above the water. Trajan’s Plaque is part of the ensemble of Roman monuments on the Roman road through the Iron Gates. It is carved into the rock in a rectangular shape, it bears a text, in Latin, dedicated to Emperor Trajan.

The other true masterpiece of this region is a statue of Decebel. According to legend, a Romanian resident swam across the Danube right at the place where the statue is located. From there he went abroad for a better life. He succeeded in that and after a few years, he made this statue. The construction itself was controversial as it cost several million dollars. A large number of mountaineers who risked their lives to create the statue also took part in its construction. 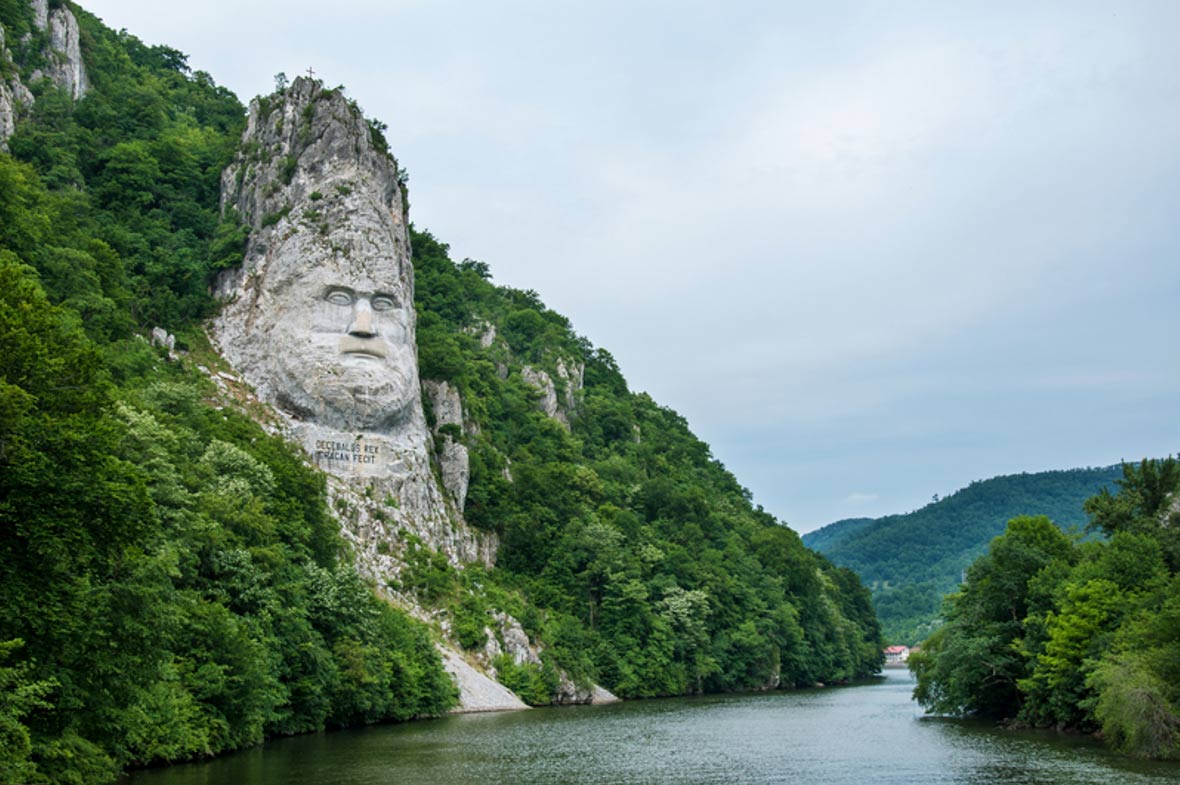 One of the most important archaeological sites in Serbia is Lepenski Vir. Excavations in the sixties resulted in many archaeological findings here. It is mostly religious architecture, monumental sculpture from the period of 7000 to 6000 BC, and a large number of tools, jewelry, tiles, and tombs. All that indicates that the original hunter-gatherer communities established complex social relations and a unique style of architecture in this place.

Due to the original architectural designs and monumental sculptures, the culture of Lepenski Vir stands out as a distinct and very early stage of prehistoric European culture. It is also one of the world’s most important sites, 9000 years old. If you visit this area, do not miss visiting this prehistoric site and the Museum of Lepenski Vir. You will not regret it.

They say the Djerdap Gorge is the most beautiful. We recommend that you see for yourself. While you are here, you can also visit the magnificent Golubac Fortress. Let us know your impressions after this adventure.