Exploring new cultures does not have to be just walking in a town of your interest. You might consider getting to know some of the most beautiful rivers. It could be the Drina River, for example. This river was an essential part of peoples’ lives and that is why citizens of Balkan have huge respect for it. The Drina is in many ways unique. It is a place for various sports competitions, rafting, and boat rides. Visitors can also enjoy romantic dinners by the river in one of the many restaurants. But we will get to that. Let’s start from the beginning.

The Drina River is one of the most beautiful rivers in Serbia. This river in the central Balkans originates from the merging of the Tara and Piva at Scepan Polje in Montenegro. Then it follows a 346-km course to enter the Sava.

Its upper course is through canyons and gorges, while its lower course is wider. It meanders through picturesque mountainous and plain regions of Bosnia and Serbia. The Drina is famous for its attractive canyon landscapes, reservoirs, fish resources. For the most part, it runs through the municipality of Bajina Basta. 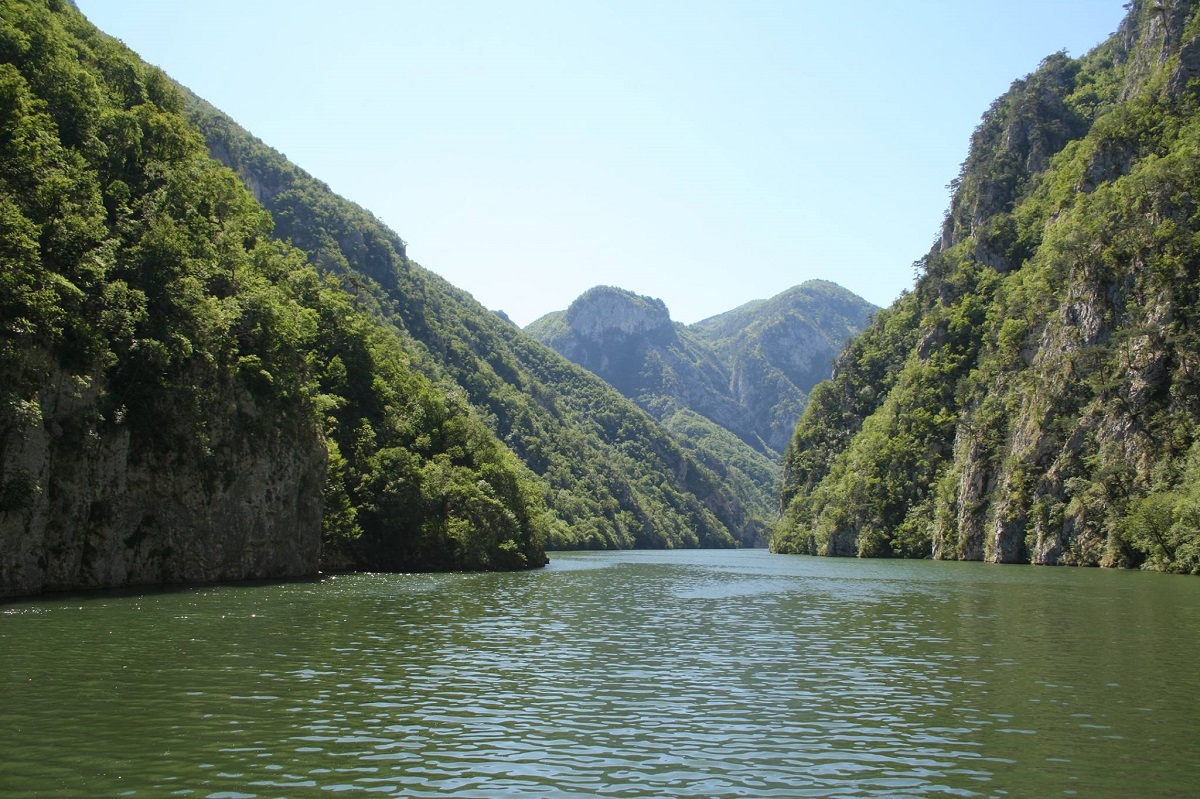 Today lakes cover one-third of the Drina which partially transformed its natural appearance. Still, these are exceptionally beautiful lakes. The lakes are the Visegrad lake, the Perucac lake, and the Zvornik lake.

Drina canyon is particularly impressive, being the third deepest canyon in the world. Many bridges were built on it during the years. That is because it has been a natural border between many states created in this area since the time of the Roman Empire. You can see various cultural and historical monuments here.

There are three hydropower plants on the Drina River: in Visegrad, Bajina Basta, and Zvornik.

The Drina River- name and tradition

Today’s name of the Drina River comes from the old Latin name drinus, which the Romans took over from the local population. It is unknown how exactly the origin of this name. Many believe to be related to the name of a pagan local deity.

The Drina River has always significantly determined the lives of people who settled on its banks. It influenced many customs, inspired the creation of numerous songs and other works of art. Its unpredictable and winding relief was immortalized in the saying: Ko će krivu ispraviti Drinu?! (Who can straighten the winding river Drina?!). It indicates that someone wants to fix the irreparable. That term also points out to someone that he is wasting time on a meaningless and impossible task. 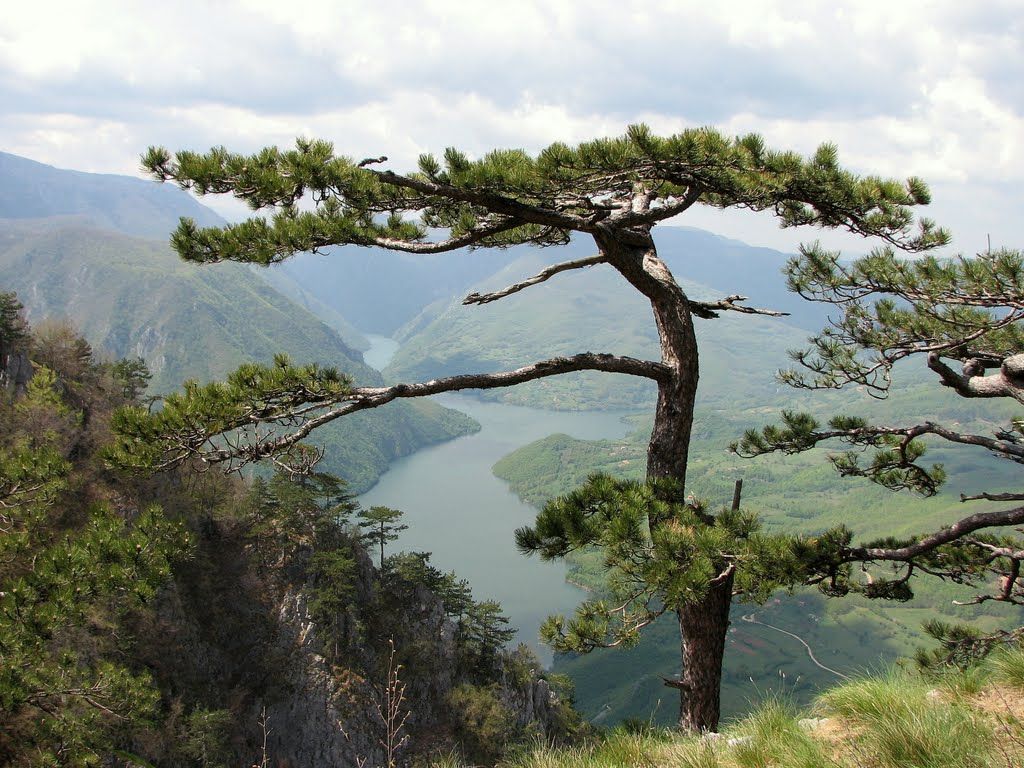 For a long time, it was called by another name- Zelenika (zelena means green in Serbian). It got its old name because of its intense green color. Sometimes it even looks as if some dedicated painter is constantly pouring his tempera into it.

You have probably heard about Drina Regatta. If you have not, you should know that it is a central tourist and recreational event. Every year since 1994 it attracts tens of thousands of lovers of beautiful nature, adventure, and good food. People from both the surrounding countries and from other parts of the world visit it.

The Regatta lasts for four days and includes several events, the most interesting of which are competitive and recreational descent down the river. Rafting down the rapids of the untamed and unpredictable Drina will make even the most experienced adventurers feel a buzz. When you finally sail into the calmer sections of the river, relaxation and drinks can be found on the banks of the Drina River. 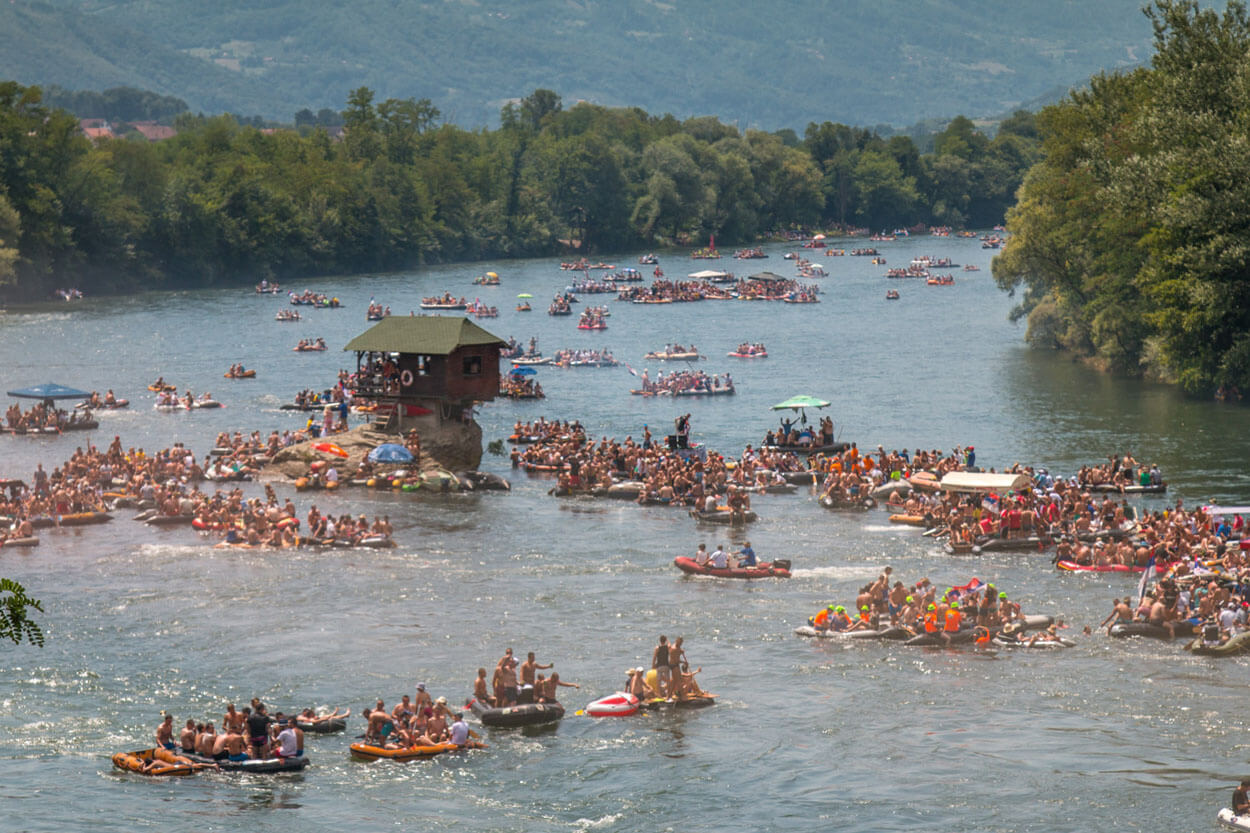 There are also music events and fairs, and everything is accompanied by a rich and irresistible offer of cuisine from this area. Our advice is to be sure to treat yourself to some of the specialties of local cuisine. You can try bun with cream, barbecue, goulash, sarma, cheese, and other delicious dishes

In addition to the great Drina regatta, there are also Zvornik and Bratunac regattas.

Once you are here, do not miss…

One of the most famous towns on the Drina is Visegrad, where a special ornament made of white stone rises on the river. It is the famous old bridge of the Grand Vizier Mehmed Pasha Sokolovic. The writer Ivo Andric made him even more famous in the novel The Bridge on the Drina, for which he received the Nobel Prize for Literature. 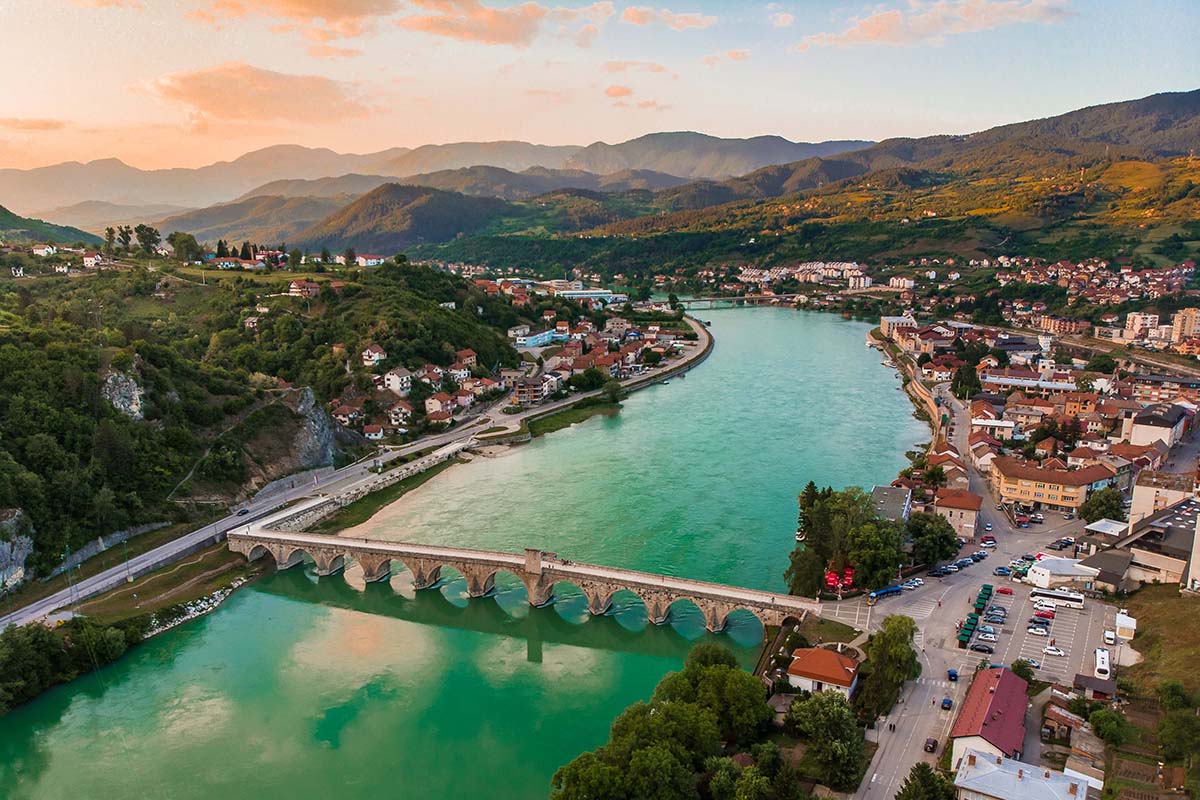 While you are here, you should visit Drvengrad (The Wooden Town), an ethno village built by the concept of the famous film director Emir Kusturica. Here you should not miss the ride along the Sargan Eight railway on the old Cira train.

You should also check our Tara Mountain & Perucac Lake offer. Zaovine Lake with Drina River house is one of the hidden scenic areas that are included in it. And Perucac lake, of course. Even National Geographic has put them on the map for its beauty. 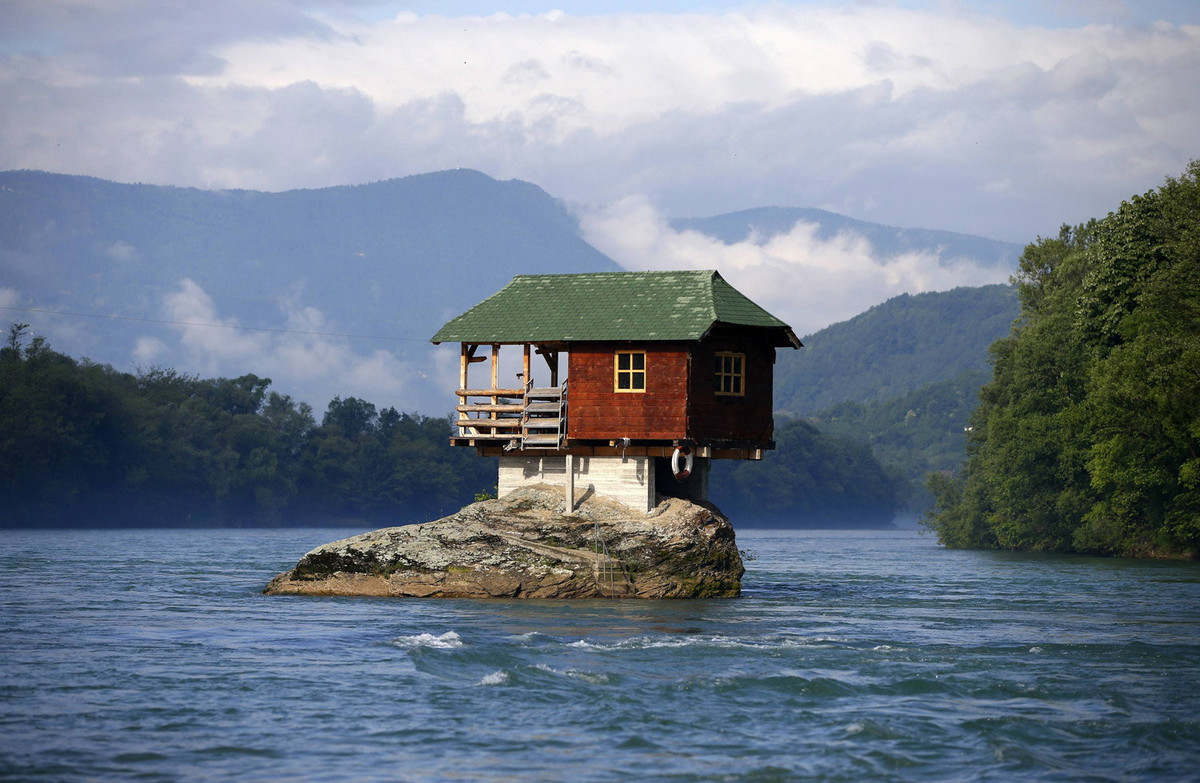 For those who prefer recreational and professional fishing, this is certainly one of the top destinations and deserves to be visited. Fishing on this river is a special attraction. The Drina has many outstanding specimens of fish species such as barbel, carp, rainbow trout, and many others. So, set aside a few hours and spend them on this kind of recreation.

The Drina River is as long as it is beautiful. It is enchanting and worthy of respect. It is an unavoidable item to visit because every kilometer of its course carries a special story and experience.