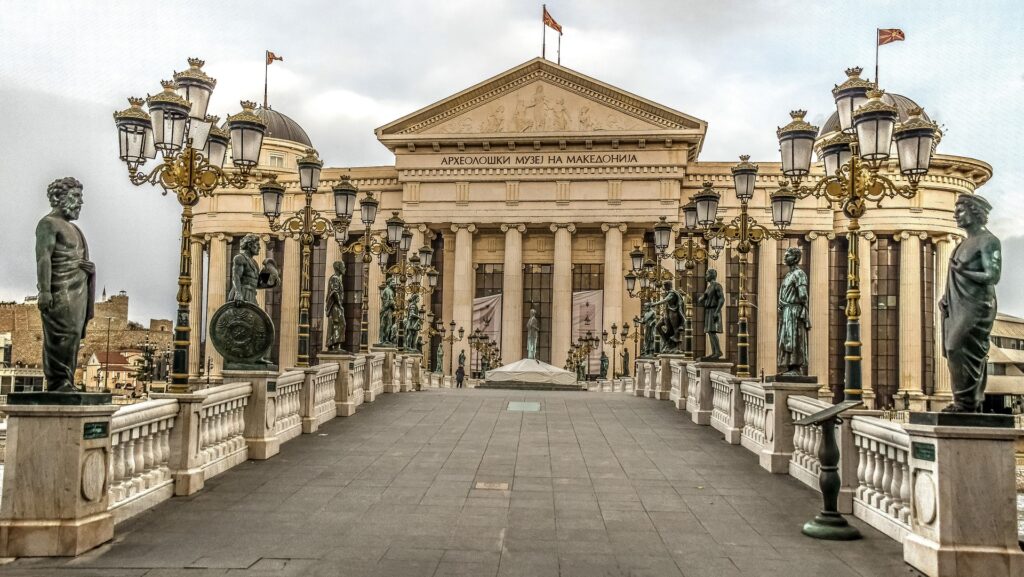 Balkan cities are an essential part of your Balkan tour. There is something special in crazy nightlife, a diverse population, universities, restaurants, and many other places that attract visitors to those urban jungles. You can spend months exploring Balkan cities and the wider area, and not see everything that might be interesting for you. So, with a limited time, which places should you visit? Let us take you on this journey.

The heart-shaped country of Bosnia and Herzegovina is best known for its capital, Sarajevo. However, today we want to take you to another charming Bosnian city – Mostar. Its rich culture, interesting history, and architectural beauty will certainly impress you. Whether you want to stay for a few days or come on a day trip from adjacent Croatia, this is one of the Balkan cities that deserves a place on your itinerary.

It is possible to view all of Mostar’s significant attractions in one day. And, if you depart a bit early enough, you should also stop at the Dervish Monastery in Blagaj or the medieval town of Počitelj. Once you are in the city, head towards the Stari Most – Old Bridge, in the very heart of the historical center. This is one of the most famous landmarks in the region. It spans over the crystal clear Neretva River. On warm days, you can watch brave boys bridge diving – jumping into the river from the 24-meter high bridge! They certainly deserve a round of applause and a tip, right?

While many visitors come to see the bridge, there is much more to discover. Countless stores, boutiques, and bazaars are concentrated around Kujundžiluk – Coppersmith’s Street. Just follow the cobblestone over the Old Bridge towards the east side of the Neretva River. Buy some copper jewelry or kitchen utensils as an original souvenir of Mostar. Last but not least, Mostar has always been a melting pot of nationalities and faiths. The Koski Mehmet-Pasha Mosque is open to the public and should not be missed. Climb one of the minarets for a breathtaking perspective of the Old Town. 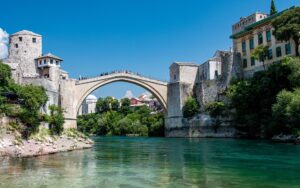 The next on the list of Balkan cities that you should visit is Skopje, the capital of North Macedonia. Skopje has been under Roman and Ottoman authority at various times, and remnants of both eras may still be seen around the city.

The 15th-century stone bridge links the Ottoman-era market, situated along the Vardar River, to the main square. On the market, the local merchants offer anything from food, herbs, tea, and spices to handmade items to take home. Take your time to visit the nearby Skopje Fortress – Kale, which has defended the city for centuries. Today, it has a big park and it is a popular place where locals go to relax. The entrance is free but the view is priceless. The Millenium cross, on mountain Vodno, is visible from almost everywhere in the city. You can also reach it by cable car and enjoy this panoramic view as well.

The monument of Alexander the Great is definitely the most iconic symbol of Skopje and a common gathering place for locals. Macedonia Square in the city center is the finest place to have lunch or dinner, or even just a coffee or ice cream. And if you get tired of hustle and bustle of this extravagant city, a true gem of nature, Matka Canyon, is just 15 km away. You can easily get there by car, bus, or even taxi. Once you are there, you can rent a kayak or take a guided boat tour to explore this wonder of nature.

With its rolling hills and mountains, hiking paths, and lovely lakes North Macedonia is truly a country of exceptional beauties. They are all very easy to reach from Skopje, so this is one of the Balkan cities that is an excellent hub for your road trip. Flights from all across Europe arrive at Skopje International Airport daily, making it simple to get to Skopje. For example, Wizz Air flies directly to Skopje from over 30 cities in Italy, Germany, Scandinavia, and other countries. 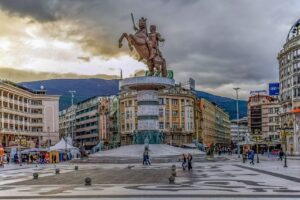 Dubrovnik was once an autonomous republic, and today is one of the most visited Balkan cities. It is a fusion of Unesco-listed heritage sites, a green environment, a magnificent coastline with interesting places and wonderful beaches, a fascinating history with Game of Thrones-inspired pop culture, and friendly locals.

Many people are familiar with it as the setting for HBO’s blockbuster series “Game of Thrones”. And if you are a true fan, you will be thrilled to walk on the same streets as the heroes and nemeses. But, Dubrovnik is more than that. The best time to visit this Pearl of the Adriatic is fall or spring. Then, you can benefit from lower prices and fewer crowds. Old City, as the name implies, is the bustling hub. This is the UNESCO World Heritage site where everybody comes to see the real Dubrovnik. A trip around the historic city walls and a cable car ride up Mount Srd are definitely on the list of every visitor. The views are especially impressive around sunset. Pink and orange colors paint the sky and the sea, adding to the already breathtaking vistas of Dubrovnik from above.

Finally, you can’t go to Croatia without spending some time on the Adriatic Sea. Active tourists will want to jump in a kayak to enjoy the beautiful scenery by water. For less adventurous ones, relaxed island hopping by sailboat is the ideal way to go. A 15-minute boat journey from Old Town Port will take you to Lokrum, the heavenly oasis that will make you feel like on some exotic beach. 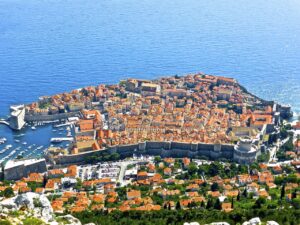 Bulgaria is a beautiful neighboring country, which is attracting an increasing number of tourists with its lovely mountains and beaches. However, its capital, Sofia, is among the commonly overlooked Balkan cities. But, Sofia is definitely a hidden gem and place that deserves attention on our map. Sofia lies beneath the majestic Vitosha Mountain. You can go there to ski, hike, or simply sip coffee outside while admiring the cityscape.

This city, which has withstood 2,000 years of history under the rule of different empires – Greek, Roman, Ottoman, and Soviet, is one of the most unique you will visit in Europe. There are many enjoyable things to see in Sofia, including fantastic museums, eccentric monuments, recognizable onion-domed cathedrals, and restaurants that can appease everyone’s taste. Visitors even proclaim this city to be the “future Berlin”.

The Alexander Nevsky Cathedral is the most remarkable landmark of Sofia, so you can start your tour there. Then, walk towards Central Mineral Baths and fall for its flamboyant exterior. With so many museums, churches, and parks all around the city, you will surely need at least 2 or 3 days to enjoy its beauty. 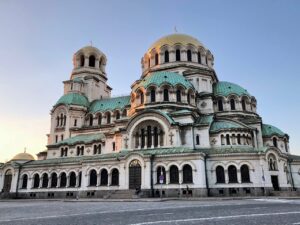 And even more Balkan cities

The Balkan cities are definitely among the places that will capture your heart. You will desire to come back to the region again. Immerse in the vibe of south Serbia in Niš, feel the breeze of the Adriatic sea in Kotor or enjoy Bosnia’s only coastal city – Neum. Go further and explore the most unexplored European country – Albania, and the City of Thousands windows – Berat. Or feel like a Greek god in Thessaloniki. We are here to invite you to our beautiful region. Welcome!