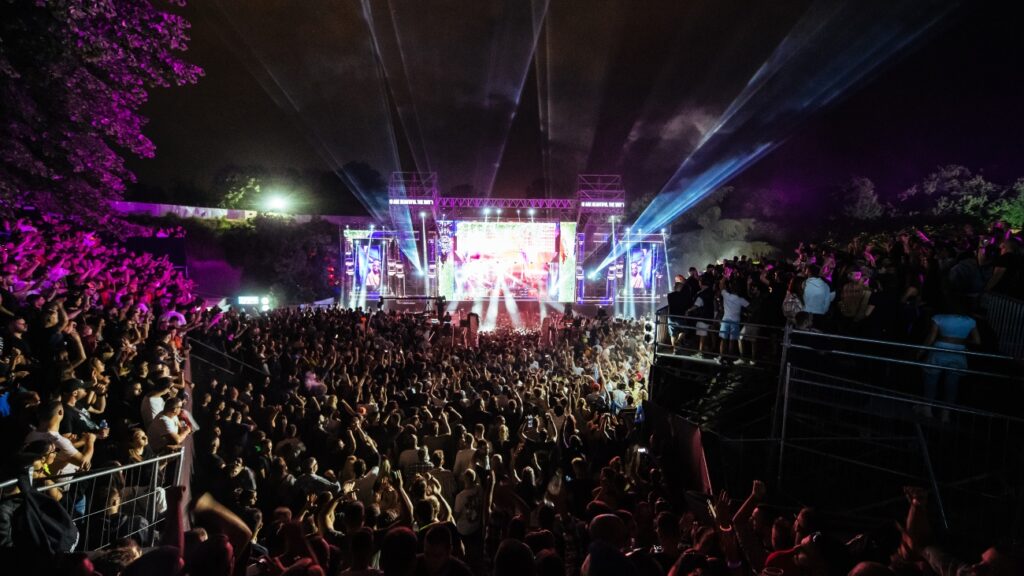 Just like in previous years, EXIT has been an exciting event for many of its attendees. The festival is coming to a close, but it’s time we take some steps back and look at what made this year so special! Let’s have a look back at some of the best of EXIT events this year.

We can confidently say the festival was a huge success! Thanks to the hard work of staff and volunteers, we were able to host one of the biggest festivals in Europe. The weather was perfect and the lineup was amazing. As always the crowd was in great spirits. All over the venue – and the city – you could see people laughing and talking, singing and dancing, enjoying the music and drinks.

We started every day at one of 15 stages, by seeing some up-and-coming bands. Celebrities and new names were all equally hyping up the crowd and giving their best on the stage.  In a great mood, we danced our way through the afternoon and into the evening, while we impatiently waited for headliners to show up on the Main Stage. EXIT 2022 was an incredible experience, and we can’t wait to do it again next year!

So what were some of the “best of EXIT” moments this year? Let’s recap. 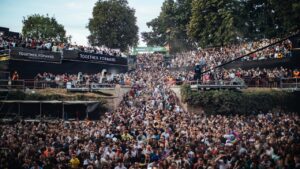 The first days of EXIT were really promising, with fantastic Iggy Azalea, Jax Jones, and Afrojack opening the festival.  The engaging performances left the audience begging for more. Senidah had an incredible voice that captured the hearts of everyone in the audience. It was an unforgettable performance that set the tone for the rest of the festival. Of course, it was just a great introduction to the days that followed.

On the second day, EXIT featured one of the biggest names in rock music today. Nick Cave and the Bad Seeds really brought the spirits up and showed why they deserve to be on our “best of EXIT” list. Maceo Plex, Denis Sulta, and Shouse were just a few of the headliners that got the crowd moving. With such a stacked lineup, it was impossible to stay still for long. 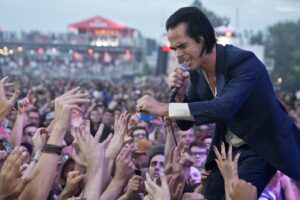 Even though everyone gave their best on stage, the long-awaited and “best of EXIT” performer, according to the number of visitors, was Calvin Harris! Over 55,000 people were on historical Petrovaradin Fortress, singing some of his hottest hits in unison. The energy and happiness in the air were palpable as people of all ages swayed their hips and sang along to every word. There wasn’t a single person in the audience who wasn’t thoroughly enjoying themselves, and it was clear that Calvin Harris put on an amazing show. In addition, Boris Brejcha, Disciples, Ofenbach, Chikas Rikas, and dozens of other singers and bands made Saturday unforgettable.

On Sunday, the party continued with the same enthusiasm. As expected, the atmosphere was still perfect for a huge open-air music festival. The crowd went wild when Konstrakta brought the Eurovision vibes to the stage and delivered an amazing set. Even though she sang in the Serbian language, people from all over the world were on their feet dancing and singing along to her hits. We are proud to have an artist like her representing Serbia to the world.

Of course, James Arthur, Indira Paganotto, Chains, and many others had their chance to be a part of the history at some of the best of EXIT stages that night.

All EXIT guests, both local and international, left home with some great memories. New friendships – and even romances – started on the festival ground. The hospitality of Novi Sad locals was impeccable as always, and service was top-notch. Our guests were enjoying local food, drinks, and other products, learned a couple of Serbian words, bought some special souvenirs to bring home, and overall, enjoyed their stay. Their stay was truly highlighted by some great music and unforgettable experiences. Would you like to share your best of EXIT moment with us? We are happy to hear it! We can’t wait to come back next year and see you in the fan pit! 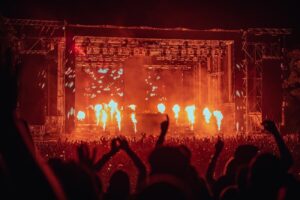 Belgrade Airport in 2022 is undergoing some significant changes. As you have probably heard, this summer is bringing different challenges to travelers hoping to have