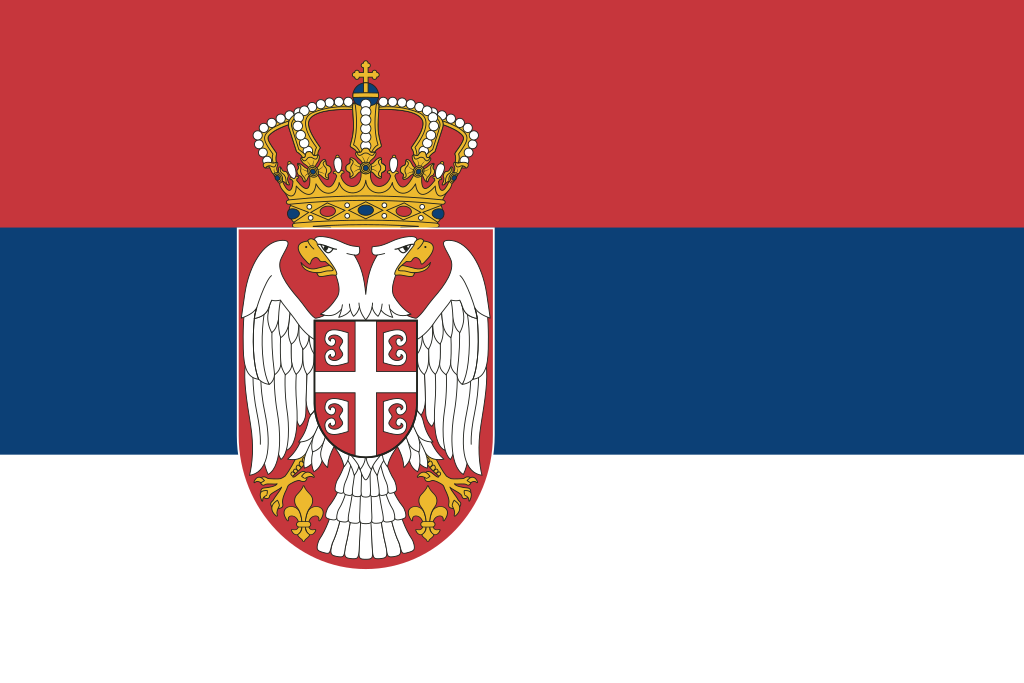 Today, on September 15th, is the Serbian Unity, Freedom, and National Flag Day. Hence, we want to introduce you to the Serbian flag meaning and its origin.

Did you know that there is an entire science about flags? Vexillology is studying flags, their history, meaning, variations, and symbolism. And as every country has its own, unique flag, there is a lot of history behind each one of them. It is very easy to conclude that flags are a crucial part of every nation’s history and identity. Likewise, the Serbian flag meaning is very important to us. Interestingly, it was changing multiple times during the turbulent history of Serbia.

Tricolor and the Serbian flag meaning

The Serbian flag has 3 horizontal stripes – red, blue, and white. Additionally, the flag contains the coat of arms too. The interpretation of colors is often different in various sources. Officially, the colors have the following meaning:

Red – red color symbolizes blood. It refers to the blood, shed in the struggle for freedom.

Blue – the color of the sky. As the sky is wide and without limits, it illustrates the passion for freedom, endless like the sky.

White – the white stripe symbolizes the white light, and desire for a bright future. Another interesting interpretation says that white is a symbol of milk, with which our mothers were feeding us.

The coat of arms is another symbol of the Serbian state. Moreover, it is an essential part of the flag as well. The coat of arms comes in two versions – greater and lesser. Lesser one is used for the flag. Its main feature is the white double-headed eagle, wearing the cross and 4 stylized letters “S” (on Cyrillic: “C”). A curiosity about Serbian coats of arms is the crown above the eagles. Even though Serbia is a republic, the coat of arms originates from the times of monarchy. Thus, the original elements of the historical coat of arms are preserved.

And those 4 letters “S” on the flag? They represent the Serbian motto – Samo Sloga Srbina Spasava, which means Only Unity Saves the Serbs.

Red, blue, and white are also known as the pan-Slavic colors. You probably noticed that most of the Slavic countries are using them for their flags. Thus, the tricolor – red, blue, and white – was historically used for the Serbian flag. Of course, their position and exact shade were changing during the history. The oldest documented Serbian flag, dating from the 13th century, was red and blue.

In 1918, a Serbian flag was flying over the White House in Washington, D.C. The United States of America showed solidarity and support to Serbia for its role in World War I. Of course, this gesture honored Serbian victory and the Serbian flag meaning became known worldwide. 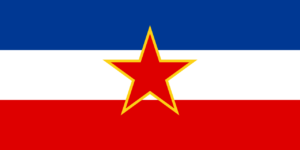 You have certainly seen a tricolor, blue-white-red, with a red star exactly in the middle? That is the famous Yugoslavian flag. It was an official flag on the federal republic level. Of course, every constituent country had its own flag, which was the variation of the national flag. However, the Yugoslavian flag is a very well-known one – even today.

The history of Yugoslavia is very intriguing. So, we invite you on a journey to the era of Yugoslavia. Join our Story About Power tour, and feel how it was to live in Yugoslavia. One of the destinations you are going to visit is the Museum of Yugoslavia and also the FC Red Star Stadium! Do you want to know how our football clubs got their names? And how is it related to the Yugoslavian & Serbian flag meaning? Come with us, and our guides will tell you all the secrets! 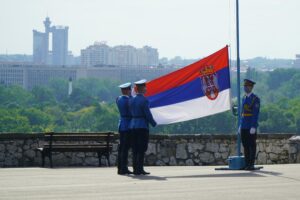