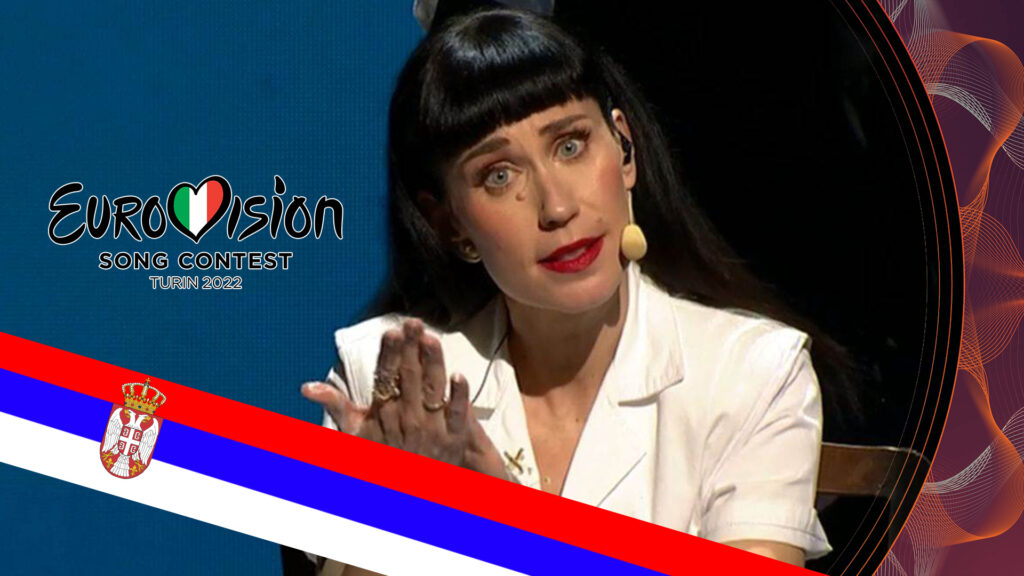 Beovision is a major event where the Serbian Eurosong winner is selected. Few days ago, Serbia was excited to declare its representative for this years competition in Torino.

The competition was fierce, the songs were great, and the performers were motivated. The choice was definitely hard. But at the end of the day, the votes of jury and public decided the winner. This year, Serbian Eurosong winner is Konstrakta, and she will represent us in Torino, with her song “In Corpore Sano.”

Around 36 contestants were striving to be this years’s Serbian Eurosong Winner. In finals, the audience and the jury could vote for one out of 18 contestants. We have enjoyed different styles and the everyone had their favorite even before the semifinals.

And as we mentioned, the biggest number of votes received Konstrakta (Constracta) with her song “In Corpore Sano“. So, who is this creative artist and what was the message of her song? 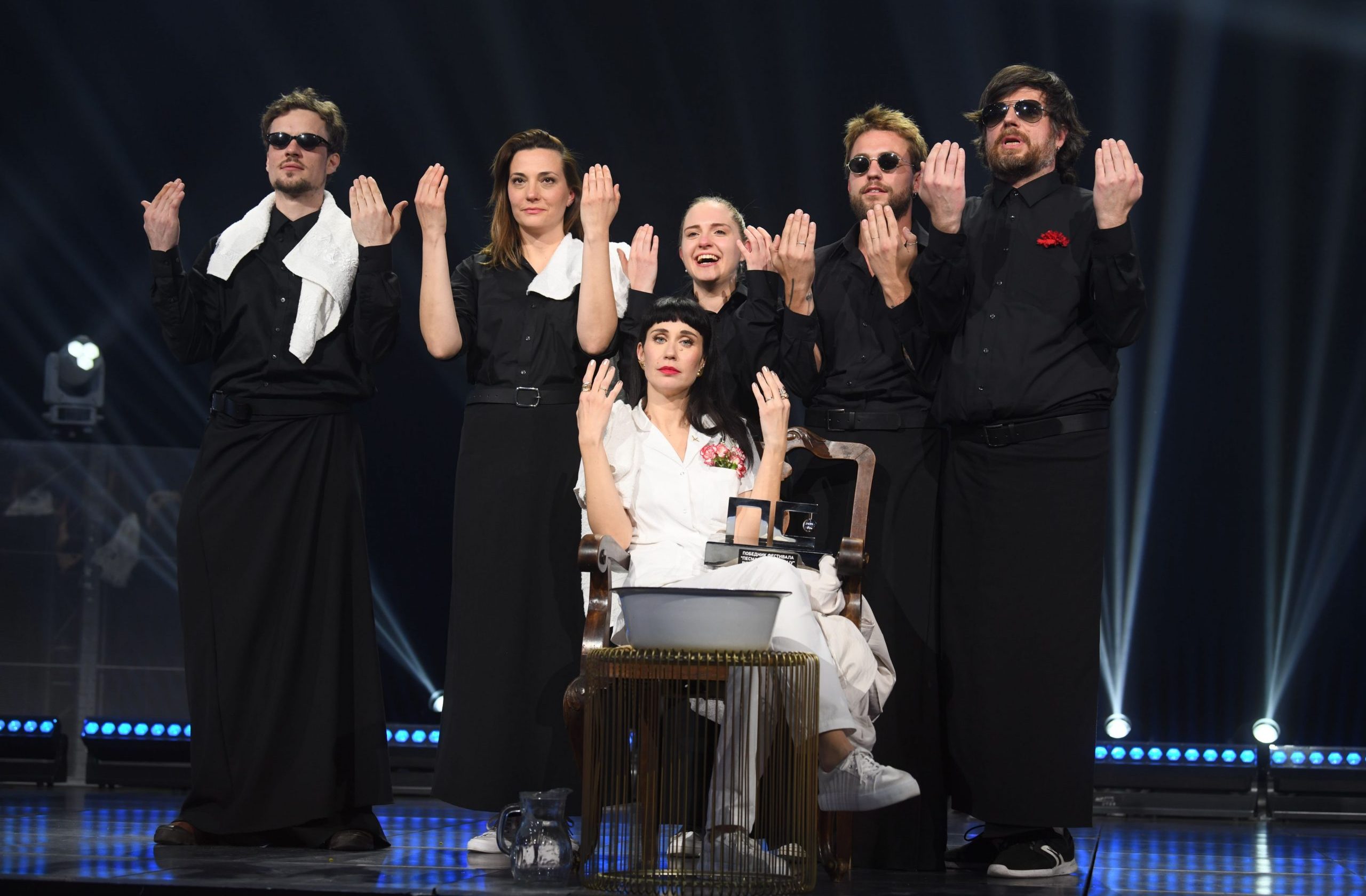 Ana Đurić, Konstrakta, is Serbian singer and songwriter. She is a founder and a main singer of the alternative pop band Zemlja gruva (The land of groove). Konstrakta also had several singles and puts emphasis not just on music and lyrics, but on the performance as well. Her 12-minutes long video, Triptych, consists of 3 separated, but connected songs which include performances. They are all on Serbian language, and carry subtle messages and observations about society. Second song of that trilogy is “In Corpore Sano” (Latin phrase for “In healthy body”) and was the entry on this years Beovision.

It’s an eccentric song about importance of being healthy, especially if you are an artist. Catchy and tongue-in-cheek lyrics like “What is the secret to Megan Markle’s healthy hair?”, “Artist must be healthy” and “Be, be, be, be healthy”quickly became the most popular sounds shared on Instagram. She gave a powerful performance, dressed in white, like doctor, and singing while washing her hands in a basin. Referring to the Latin proverb “Mens sana in corpore sano” – “A healthy mind in a healthy body” she intriguingly asks “And what now?”

In her interview for ESC Bubble, Serbian Eurosong Winner Konstrakta said that “In Corpore Sano is a song with many layers, and many subjects.” Truly, this song is very multidimensional. Everyone has their own interpretation of it, and is trying to find the direct and subtle meaning of it. And her stage name – Konstrakta (Constracta)? Well, the artist said it is just a version of the word “construct” as she is an architect by profession.

Serbia first competed in Eurosong in 2007. However, our participation was much longer, as Serbia has previously competed in Eurosong while part of Yugoslavia. From 1993 until 2003 we did not participate at all. On our big comeback to Eurosong, in 2004, under name Serbia and Montenegro, we placed second with the song “Lane Moje” by Željko Joksimović.

In 2007, the Europe voted for the first Serbian Eurosong Winner – Marija Šerifović, and her song “Molitva”. Finally, Serbia hosted Eurosong for the first time in history the following year, in 2008. The competition took place at the Belgrade Arena (Štark Arena). With a seating capacity of 25,000, it is one of Europe’s largest arenas. On this occasion, in total, 43 countries took part. For one thing, many guests praised Belgrade, its hospitality and organization.

If Konstrakta wins this years Eurosong, she will certainly make us proud host again in 2023. So, you know who should you vote for.

Have you heard the song? What do you think about her performance? Now that you know some interesting details, we would be happy to hear from you – how did you interpret it? Let us know what’s your impression! 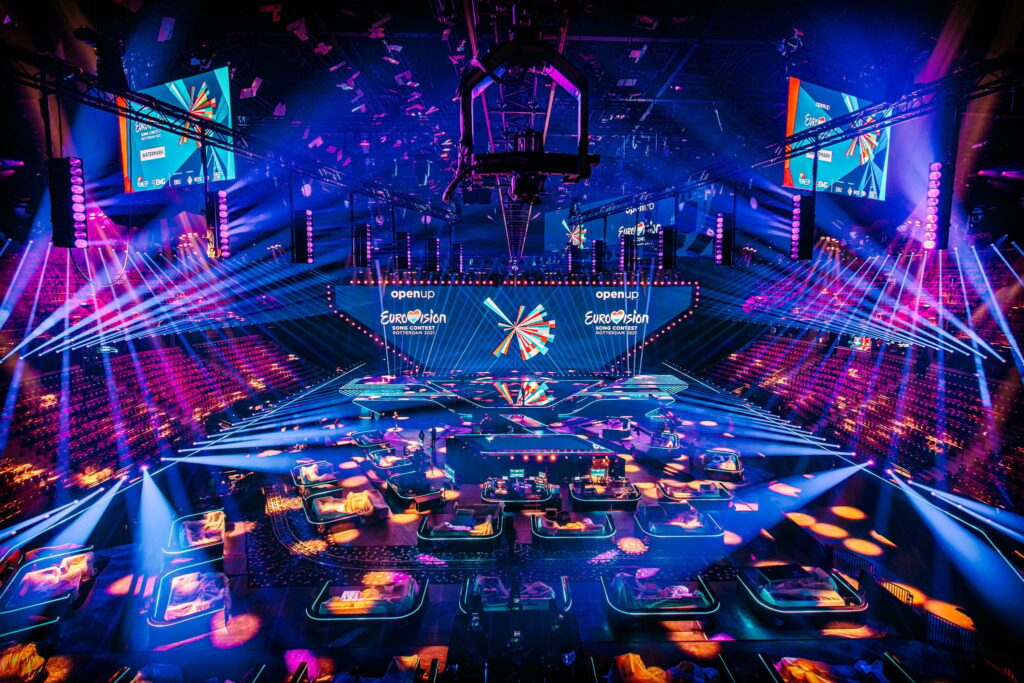 Konstrakta is amazing and she will do well at Eurovision (and maybe even win!) Incredible song. Good luck Serbia!