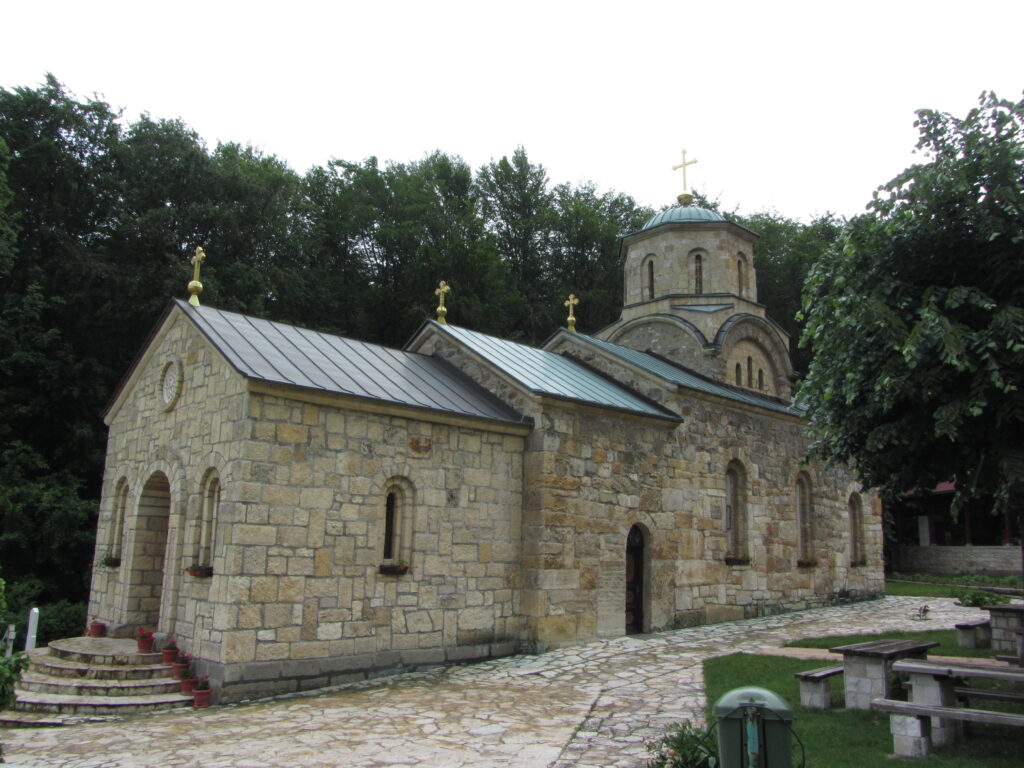 Monastery Tresije is one of the interesting sites on mountain Kosmaj, only 50 km south of Belgrade. Due to its proximity to Belgrade, the area of Kosmaj with its sights is a perfect idea for a day-trip. It is very easy to reach by car, and of course, there are many interesting places to see. You can spend a night in the area, or you can return to your accommodation in Belgrade on the same day.

There are three monasteries on Kosmaj: Tresije, Kastaljan, and Pavlovac. Monastery Tresije is over 700 years old. It was built in 1309, and since then, it survived numerous destructions, damages, and reconstructions. Obviously, it had a very turbulent history, so we still do not know who ordered and sponsored the building of the monastery. Historians claim that it might even have been King Dragutin personally.

This monastery belongs to Raška architectural style as many other medieval monasteries in Serbia. That style combines traditional Slavic architecture with Christian church design. The famous icon painters decorated the monastery Tresije with their work. Icons and frescos depict important persons and moments from Christian history. The main one represents Archangel Gabriel, who is the patron saint of the monastery. The monastery has the quarters where the monks live.

Moreover, you can also easily reach the other two monasteries in the area – Kastaljan and Pavlovac. Dedicated to Saint Nicolas, this monastery was the center of literacy in medieval Serbia. 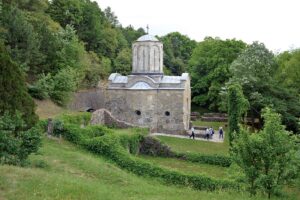 Kastaljan is in fact, in ruins. It looks like an abandoned castle, but it is a monastery. It was built in the early 14th century, on the remainings of Roman castrum (fortification). Hence, the name originates from the Latin word castrum. It had living and dining quarters and it was a very active monastery at the time. Unfortunately, we do not know much about its history. Currently, there are plans for the reconstruction, which are still on hold.

Pavlovac originates from the 15th century and is a foundation of despot Stefan Lazarević. Just as monastery Tresije, it was damaged and reconstructed multiple times in history. Today it is an active monastery, with a small brotherhood living and working in it. Due to its importance, the monastery is under the protection of the state, as a cultural monument. 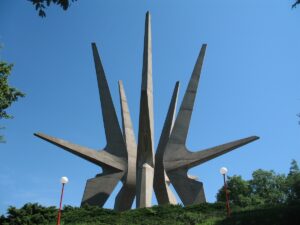 What to see and do on Kosmaj

Kosmaj is one of two Belgrade mountains (the second one being Avala) and it is a popular place for day trips and picnics. It is around 5,5 km long and provides plenty of opportunities for hiking, cycling, camping, and just enjoying nature. It is not only rich in forests and plants, but many animal species live here as well, so besides different kinds of birds, you might even see a hare, deer, or even a fox.

Kosmaj Monument to Partisans. This monument is at one of the peaks of Kosmaj and it is a very easy and pleasant hike there. Built in a typical brutalist style, the monument honors the partisan fighters of the Kosmaj division. In World War II they fought against the German occupation in the south of Belgrade and lost 5,820 soldiers. Further, you can visit the World War I memorial and the viewpoint which is just nearby. This memorial is dedicated to the soldiers of the Timok division, who lost their lives defending the area in World War I (1914).

Also, we already wrote about Markovačko lake, so this would be a good chance to visit this gem of nature! As Kosmaj is a park and forest, you will spend all the time outdoors and you will be able to avoid the crowds. Hence, it is safe to visit it right now, as maintaining the physical distance is easy. Stay safe and healthy, and enjoy our nature!