History Tour Along the Danube
3280

Danube is the second-longest river in Europe and it reaches its maximum in Serbia, with the greatest width of 6.5 kilometers, and greatest depth of 92 meters, and it formed longest gorge in Europe – Djerdap Gorge that’s 99 kilometers long. Some of the first European civilizations were spread in this area. Danube is a very important part of Serbia tourism.

Visit the Smederevo Fortress, the biggest lowland fortress of Europe. Follows a visit to Viminacium, one of the largest Roman cities above which no new settlement was built. After that we visit Golubac Fortress, one of the most beautiful medieval fortresses on the Danube where the Danube is widest (6,5 km) and that’s just before the Djerdap Gorge, the largest gorge in Europe where the Danube is deepest (92 meters), then we will visit Lepenski Vir archaeological site, the oldest urban settlement in Europe (7000 years BC).

Lunch at ethno-complex (optional) on the hill above the Danube will be excellent refreshment. Before getting back we can organize cruise along Djerdap Gorge or light airplane flight over the Danube and Eastern Serbia.

Viminacium was the capital of the Roman province of Moesia Superior and was rebuilt by Justinian I after being destroyed by Huns in 440. In the late 6th century, the city was destroyed again and for all by Avar raiders. Today, the archaeological site contains remains of temples, streets, squares, amphitheaters, palaces, hippodromes, and Roman baths.

Golubac Fortress was built by the Hungarians, called Galambocz, on the same site as the Roman Castrum Columbarium. Golubac was captured by the Turks in 1391. and changed ownership several times before being finally reclaimed by the Serbs in 1867.

The Djerdap National Park is known as the “Iron Gates National Park” . A reference to the old Roman name, Porta Ferea, which was used to describe the narrowing limestone cliffs above the Danube river. The park’s most noteworthy feature is the Djerdap Gorge (the famous Iron Gate) itself. Djerdap Gorge stretches for well over 100 km in a boomerang shape, from Golubac to Tekija, forming the longest composite valley in the whole of Europe. At one point one of the greatest river depths in the world has been measured (82 m).

The early settlement of the Lepenski Vir was first uncovered in 1965. during one of the exploratory digs that preceded the building of the Djerdap Dam. The site was excavated in the following year, and in 1967. the distinctive stone sculptures were discovered. The sculptures, mostly stylized life-size heads, are quite remarkable and appear to show human faces with the lips of fish. The carvings date back as far as about 5350 years B.C and are the oldest Mesolithic sculptures in all Europe.

The tour runs rain, hail or shine, but is mostly outdoors, so please dress appropriately for the weather and wear comfortable shoes

If you are travelling with children, please let us know during the booking process so we can adapt the tour to their needs

We highly recommend this tour to anyone who loves historical sights and untouched nature.

In this private tour you are the boss. Fit the tour to your needs! 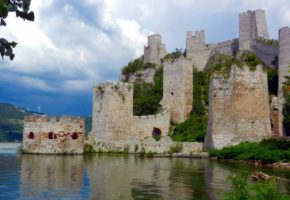 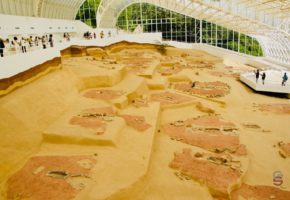 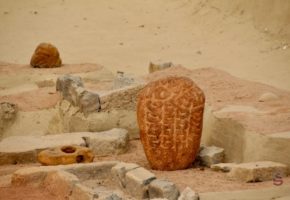 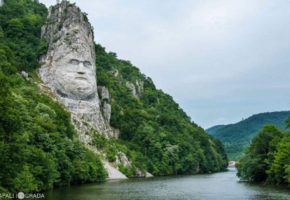 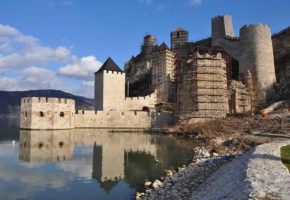 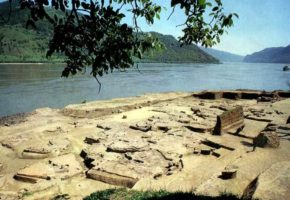 History Tour Along the Danube

The best organization ever! We spend the best time in Serbia thanks to More than Belgrade! Xoxo