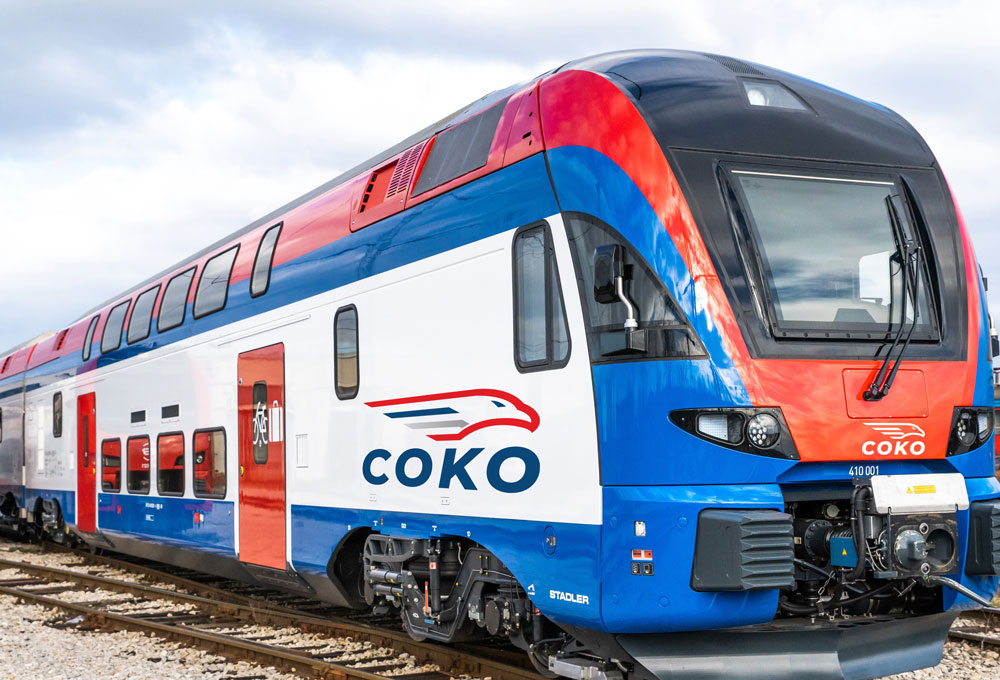 Railway enthusiasts, we have some great news for you! The long-awaited high-speed train Soko is finally here! Just a month ago, it took off from Belgrade’s new and modern central train station – Prokop. The destination? Serbia’s second-largest city – Novi Sad. Come on board, and join us on this trip, which marks a new era of train travel in Serbia.

There’s something romantic about train travel. Maybe it’s the old-fashioned charm of riding on a train, or the feeling of being whisked away on an adventure. Maybe it’s the swaying of the cars or the clackety-clack of the wheels on the tracks, but there’s just something about it that feels nostalgic and unique. Whatever the reason, taking a train journey is a great way to spend some quality time with your friend, partner, or even alone.

There are plenty of scenic train routes around the world that make for a beautiful journey. Some of our favorites include the California Zephyr in the United States, which winds through the Rocky Mountains; the Glacier Express in Switzerland, which travels through some of Europe’s most stunning scenery; and Japan’s Shinkansen bullet train, which is renowned for its speed and efficiency. But from now on, Serbia’s high-speed train Soko deserves a place on this list as well!

The first group of passengers on the inaugural ride was excited, as the train was breezing through Pannonian Plain. They were waving to the people on the platform, and taking photos of the passing scenery. The train was clean, and comfortable, and had large windows that afforded passengers picturesque views of the Serbian countryside. It was a new beginning for train travel in Serbia.

Moreover, the competition “Let Inspiration Take You On a Ride” took place, and contestants were able to submit their designs for the exterior. Designer Andrija Arsić won first place and the design you see is the result of his impressive work. The high-speed train Soko is in the colors of the Serbian flag – red, blue, and white. It has the stylized logo of Falcon and the word “COKO” written on it. It is a Cyrillic version of the word Soko – The Falcon. 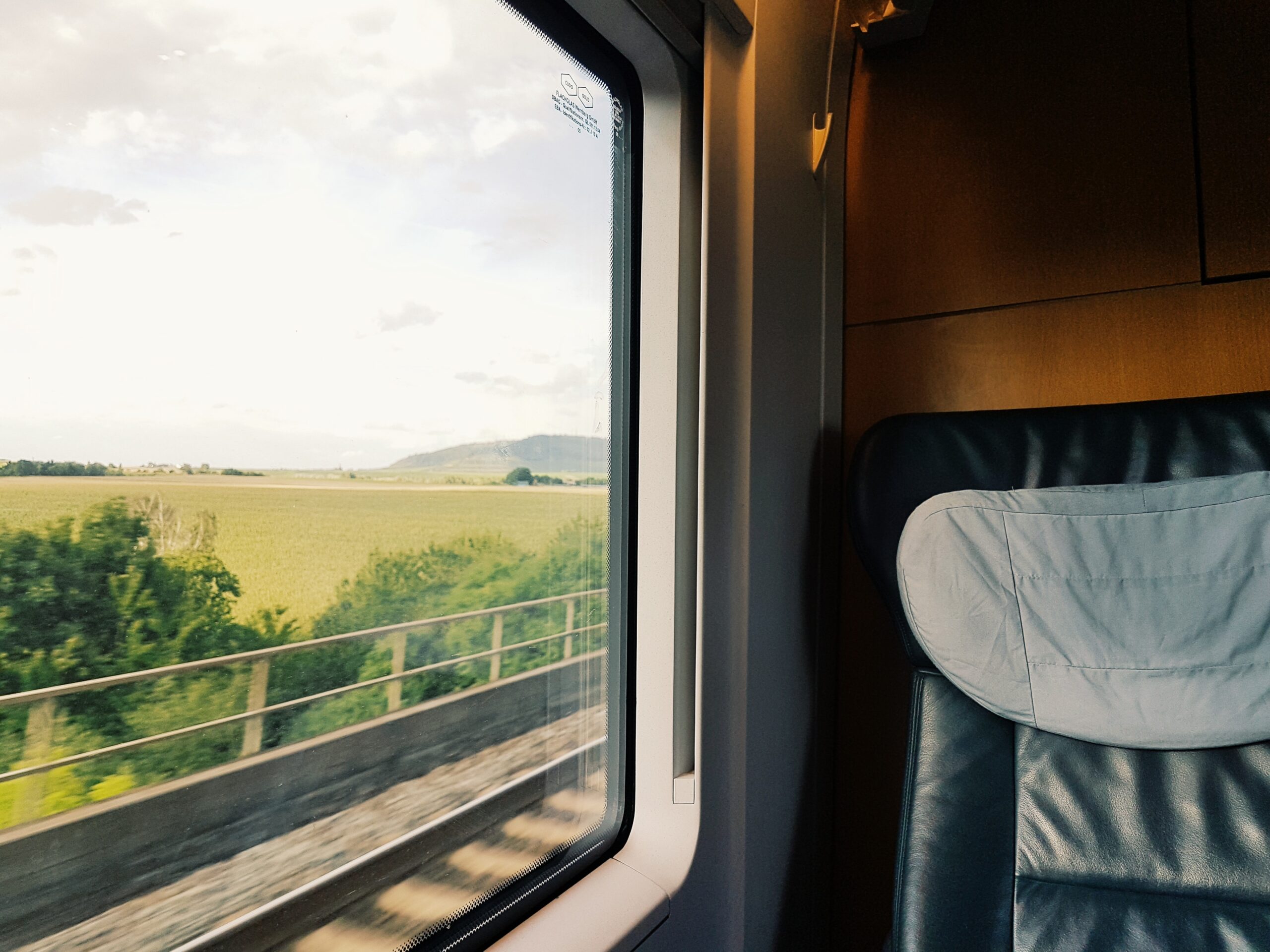 Trains are one of the most sustainable forms of transportation available. They are powered by electricity, which can be generated from renewable sources like solar and wind power. Trains are also much more efficient than cars in terms of energy use. In fact, one train can carry the same amount of passengers or freight as hundreds of cars, making them a very efficient way to move people and goods around. In Serbia, we are aware of that potential, and we are looking forward to restoring the glory of train travel.

It is not a secret that overall, the railway in Serbia is underfunded and neglected. However, the announced plans for modernization are finally materializing. The introduction of the high-speed train Soko on the Belgrade-Novi Sad route is just a first step. It is part of a large-scale joint Serbian-Hungarian project, with the aim to modernize the 350 km of Belgrade-Budapest railway. Right now, the high-speed train Soko can develop a speed of 200 km/h. The trains on the Belgrade-Budapest route were traveling for around 8 hours. So in a few years, when the construction work is completed, it will take around 3 hours. Modernization will also take place on other railway sections, and in a few years, we will travel faster to Niš and other bigger Serbian cities. The cities will become more accessible to tourists, which is good news for everyone.

Novi Sad has never been closer – it is just 36 minutes away! You can board on Belgrade Prokop (Central station) or New Belgrade train stations, and the train makes no stops until Novi Sad train station. You can see the timetable on the Serbian Railways website. To see the high-speed train Soko departures, look for the word “COKO” under the “Train type” section. You can see the tentative workday timetable below, however, check your departures on time.

If you are wondering how much this pleasure costs, let us surprise you! We are still in the promotional period. So, it means that until April 30, the one-way price is just 300 RSD (2,5€/$3), After that, the dynamic pricing will apply, and the ticket will cost around 1000 RSD (8,5€/$10), depending on the demand. The ticket also includes a seat reservation, and children below 7 years of age can ride for free with a parent.

The city of Novi Sad has everything you can expect – and more. After all, it is the second-largest city in Serbia and the capital of the autonomous province of Vojvodina. The city’s history is long and very fascinating. Today, the streets are lined with shops and restaurants. There is a never-ending stream of people walking by in this multiethnic and student city. We suggest spending at least one day exploring the city and all it has to offer. Stay tuned, as soon we will write about the famous landmarks and events of Novi Sad. 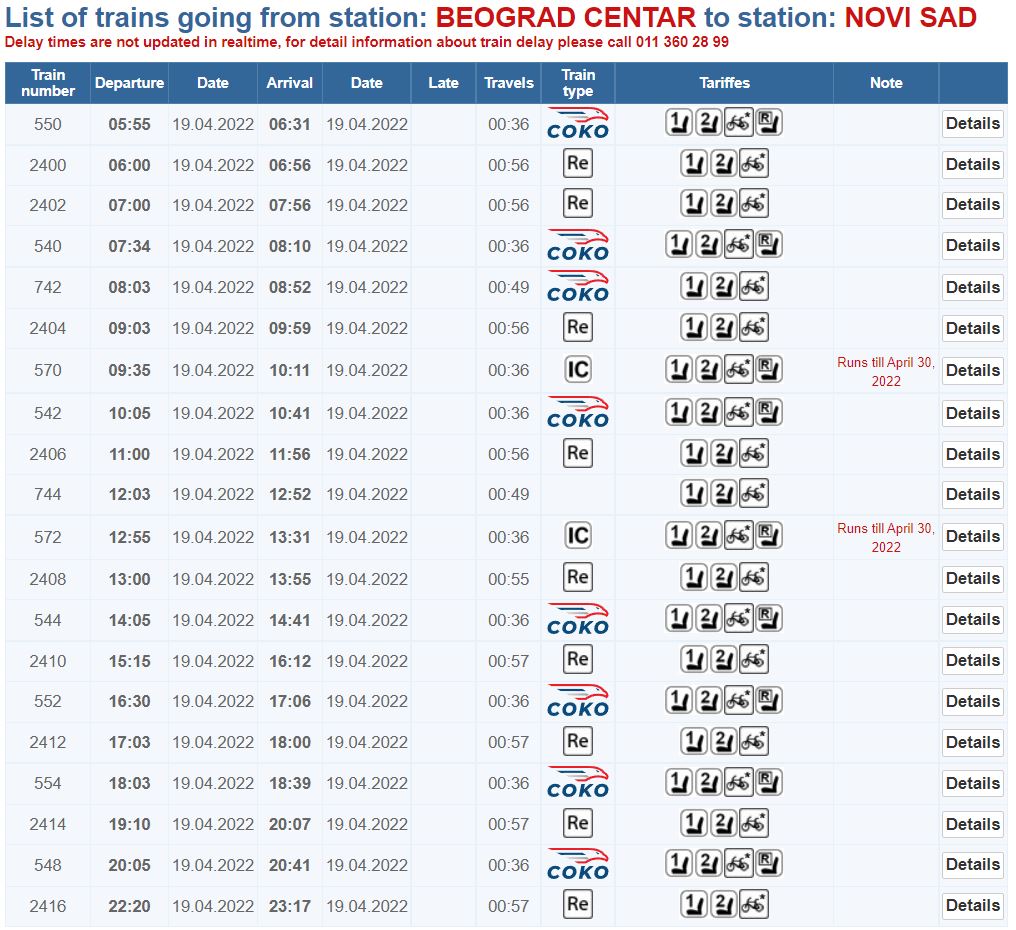