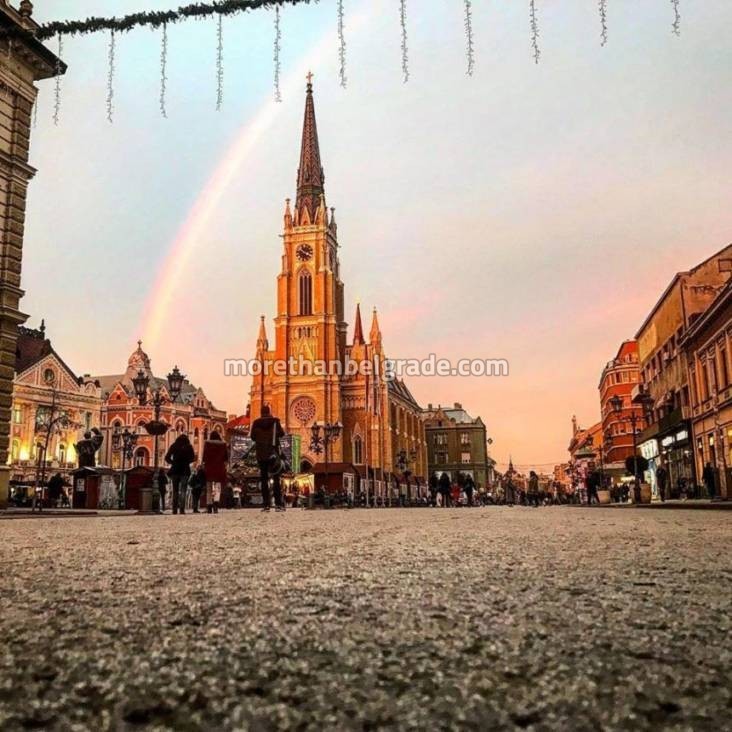 The Old Town of the City – The Trail of History, The Danube Park with the Museum of Vojvodina and the Youth Theater – The Green Oasis in the City Center, Petrovaradin Fortress with underground galleries and the suburbs – Remek work of military architecture, Trg galerija – One Place Art, Spens and Stadium, Sremski Karlovci, National Park ” Fruska Gora ”, Čenejski salaši, University campus and Štrand with quay

Old town of the city – A trail of history

The old core is the heart of Novi Sad, on which pulses life and place that returns you back to its past. It covers the square and old city streets around it. It is formed from the 18th century, the period when Novi Sad became a free royal city.

The Square of Freedom is framed by the beautiful architectural buildings of the 19th century with various stylistic affinities, which gives the old core a special charm. In the center there is a monument to Svetozar Miletić, the most important person in the history of the city. The City Hall, the Novi Sad Savings Bank, the building of the former hotel “Majer”, the palace “Iron Man”, the oldest Novi Sad Hotel “Vojvodina” and many other, and even now, very important facilities, are being overshadowed by the beauty and monumentality. The Serbian National Theater, the oldest professional theater in Serbia, is located in the vicinity. The square is dominated by the magnificent, neo-Catholic Catholic church of the Names of Mary in whose hometown is the Catholic port, a small square that resembles a dormant churchyard.

Zmaj Jovina Street, which has been exuding a civic spirit and beautiful architecture since its foundation, extends from the Market towards the Vladičinski dvor. Always full of life, preserves some of the oldest city buildings and houses in which the respected Novi Sad people lived. From this, we enter the oldest and most beautiful Danube Street with a number of simple but elegant houses, a street that fascinates the charm of some old times, irresistible kibicfenstere and craft-trading function. On the Dragon Jovina and the Danube, there is a lot of smaller streets, each in their own way, telling the story of the city’s history.

The street Laza Telečkog, a street full of life, positive energy and good entertainment, is a very attractive street, a Novi Sad entertainment zone that you can not bypass and that you will remember Novi Sad.

Constructed at the end of the 19th century, the Danube Park has always been a favorite place for walking and rest, a place for love and meetings, for playing and enjoying. In summer, there must be no better place in Novi Sad. The park beautifies many valuable and rare trees, while Isa and Bisa, the famous white swans, have been swimming in the middle of the park for years, for a long time. In the park there are monuments and famous figures, among which the monument to Đuri Jaksic is bestowed, favorite among children. 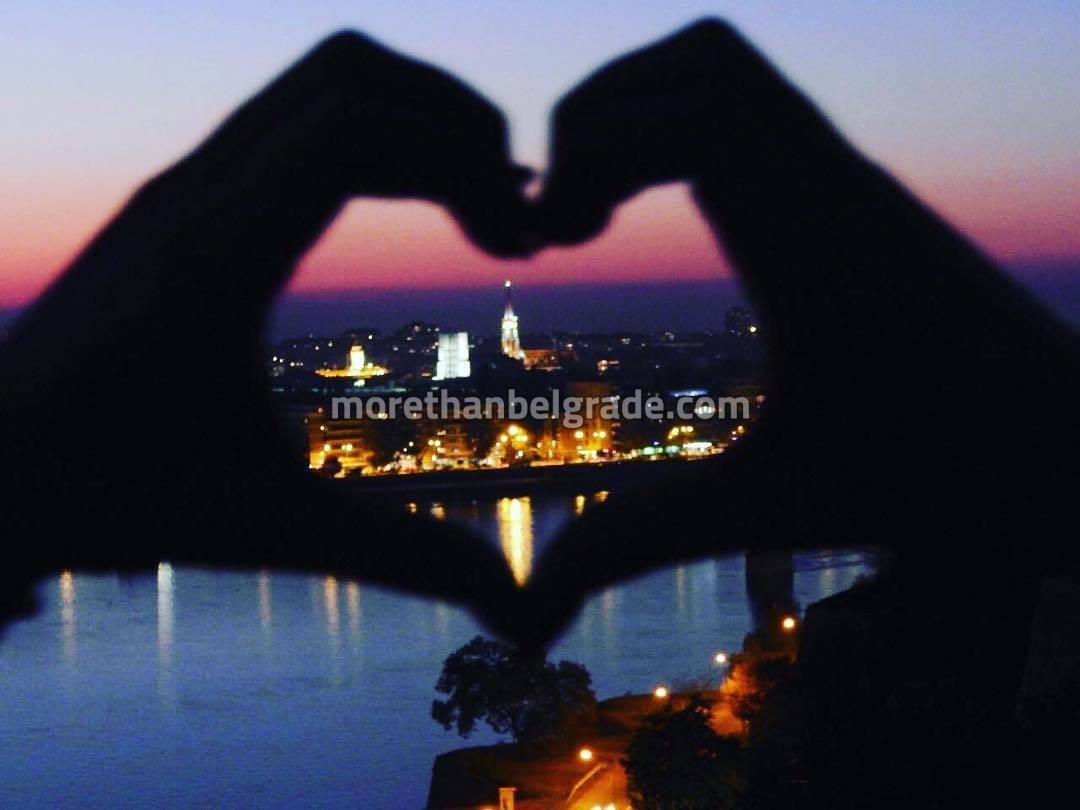 In the immediate vicinity of the park, the Museum of Vojvodina is located in the elegant building of the former court palace. The permanent setting testifies to the duration of human communities and cultures in this area from prehistory to the 20th century. As an informal symbol of the museum, three parade Roman helmets are priceless.

On the other side of the park there is the Youth Theater, with accomplishments not for children and adults. The theater has won several national and international awards and represents a significant point on the map of the puppeteer of this part of Europe.

Petrovaradine fortress. The symbol of power, Gibraltar on the Danube. Many tried to conquer it, no one succeeded. On the wall above the Danube, for three centuries proudly stands over Novi Sad. It is one of the best achievements of European Baroque military architecture, which has remained so far preserved. The fortress is made up of the Upper City – the heart of the fortress, the Middle City as the most disturbed part, the Donji grad suburb and the Water City in whose shanks was once the water as a physical obstacle. The web of bastions, gates, stairways, benches, artistic studios and imposing buildings make this fortification unique. The symbol of the fortress is what they call it, a drunken clock, placed on the lookout so that travelers who dove from the Danube far away see what time it is. However, the largest attraction of the fortress is its underground military gallery, the largest mine system in the world and the safest part of the fortress, about 16 km long. In the Topovnjače building there is a Museum of the City of Novi Sad where visitors can get to know the burning history of the Fortress and the civic lifestyle of Novosadjan between the 18th and 20th centuries. Particularly interesting is the Lower Town, a residential Baroque unit with decorative facades, bulky rooftops, narrow streets and kibicfensters, on which the officers of the female ward were once sheltered.

Square Gallery – Art in one place

The Gallery Square is a true cultural and tourist curiosity of Novi Sad, with three extremely important cultural institutions – the Gallery of Matica Srpska, the Pavle Beljanski Memorial Collection and the Gallery of Fine Arts – the Gift Collection of Rajko Mamuzić.

Located in the magnificent building of the former Commodity Exchange, with a fund of works created between the 16th and 20th centuries, the Gallery of Matica Srpska is among the richest art museums in Serbia. He owes his founding to the Serbian, the most important cultural institution in Serbia.

Gallery of fine arts – The gift collection of Rajko Mamuzić is located in one of the most beautiful villas in Novi Sad and has an artistic fund containing over 500 exhibits. 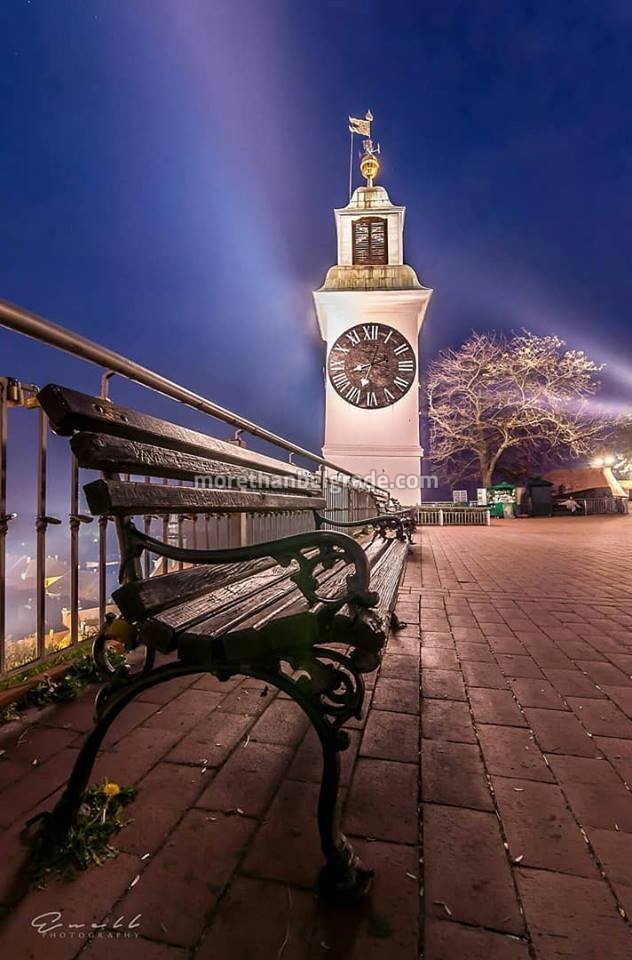 Spence and the stadium

Spens is a synonym for sport in Novi Sad. However, this facility is also a business and shopping center. The real name of this facility is the Sport and Business Center of Vojvodina, while the name “Spens” was established among the people after the event for which it was built in 1981, which was the European Table Tennis Championships. Here you can try various sports activities or simply enjoy numerous sports events, while the facility also hosts a large number of cultural events, primarily of musical character.

In addition to this sports complex, the city stadium “Karadjordje” is also on display, where football matches are played and athletic competitions are held. It represents the domestic stadium of the football club Vojvodina and the stadium where the young Serbian national team plays. Interestingly, the orientation of the football field is not in the normal north-south direction, but in the east-west direction.

Novi Sad is a city with several brands. One of them, of course, is the Novi Sad waterside, when the waters of these great European rivers spit in a length of just over five kilometers. Walking through the beautiful quay you will reach the most beautiful beach on the Danube, Novi Sad Štrand. It has many amenities and attracts a large number of visitors. Štrand offer is complemented by numerous sports fields, cultural and sporting events and competitions. Visitors have at their disposal 700 cabins that are divided into streets with the names of flowers.