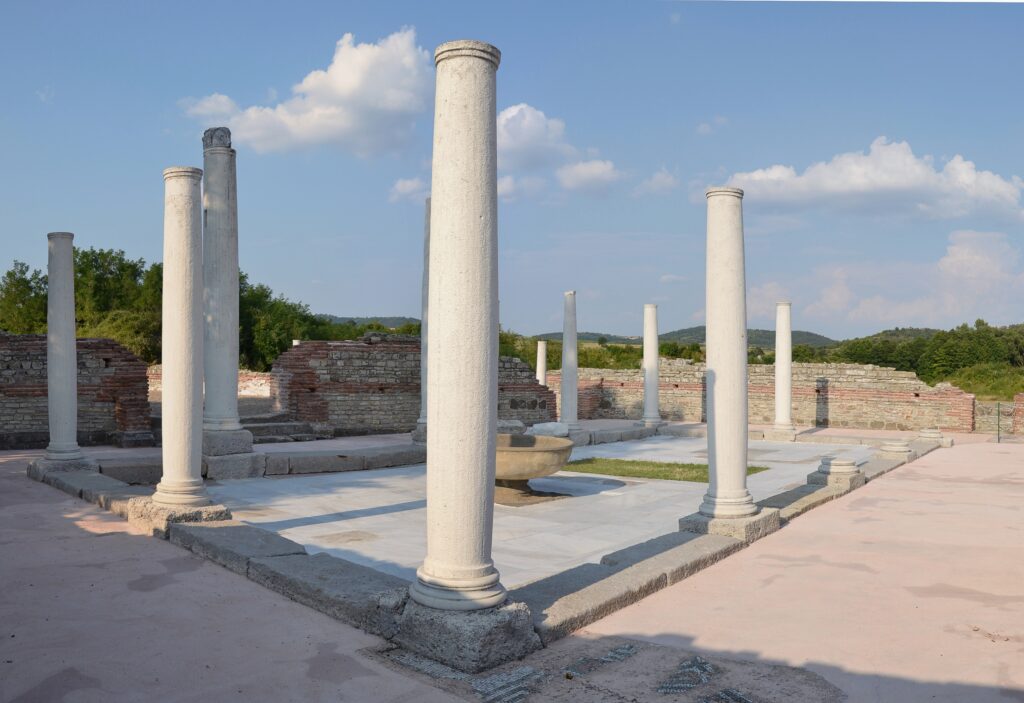 Serbia – a small country with a rich heritage – has five cultural sites on the UNESCO World Heritage List. One of them is Felix Romuliana – the Roman imperial palace. The palace was built in the 3rd century, as a residence of Emperor Caius Valerius Galerius Maximianus, and it was named Felix Romuliana, after his mother Romula. This archaeological site is also known as Gamzigrad, and it is located in eastern Serbia, close to the city Zaječar.

Did you know that 17 Roman emperors were born on the territory of modern-day Serbia? The “Roman Emperors Route” is connecting the important sites, such as their birthplaces and residences, as well as military camps. Besides Felix Romuliana, the route includes other Roman heritage sites such as Iustiniana Prima, Viminacium, and Diana Fortress. Additionally, cities such as Belgrade (Singidunum), Niš (Naisus), and Sremska Mitrovica (Sirmium) are on the route as well. Some of these sites are included in our History Tour along the Danube. So join the tour, and our guides will take on the historical journey and answer all your questions about the Roman history of Serbia.

The site is impressively big and it spreads on 10 acres. In fact, there are 2 palaces. Like every imperial court, Felix Romuliana is a fortification, with 20 defense towers. It contained rooms, baths, fine mosaics, and impressive gates and columns, which can also be seen today. Further, there are temples, shrines, and crypts on site. And also, the graves of Emperor Galerius and his mother Romula are in the vicinity as well. If the name “Galerius” rings any bells – let us remind you! The famous arch in the center of Thessaloniki, Greece – the Arch of Galerius – was built by the same Emperor.

Interestingly, until the discovery of those items, the common belief was that the site is just a Roman military camp. Then, in 1984, archeologists found a table with the inscription “Felix Romuliana”. Also, the archaeologists found many other important artifacts and details here. Important mosaics of gods Dionysos and Medusa are in excellent condition. They also found a collection of gold coins, jewelry, and household items. Perhaps the most important foundings are portraits of Roman emperors, carved in the Egyptian purple stone (porphyry). With help of those artifacts, the scientists were able to date the palace and to learn more about its purpose. Some parts of the complex are still a mystery, and there are plans to continue the research of them, too. We are yet to see what other secrets this palace hides! 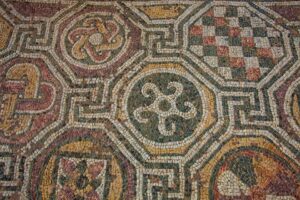 If you intend to visit the Felix Romuliana site, you should definitely visit the museum National Museum in Zaječar as well. Due to security reasons and to protect them from weather impact, many items from the site are in the museum. And while you are there, use the chance to walk around the biggest city of eastern Serbia. See the old Turkish Mill, and Radul Begov konak (Radul Bey’s Mansion), which was the inn for Ottoman merchants and travelers. Of course, stop for a coffee or lunch in one of the many cafes and restaurants of Zaječar.

The open-air configuration of the site allows the proper implementation of covid prevention measures. It is possible to keep up the safe distance, and the number of visitors declined with colder weather.  Hence, the visit to this site is perfectly safe. Stay healthy and see you in Serbia!