Vrelo River – A river as long as a year 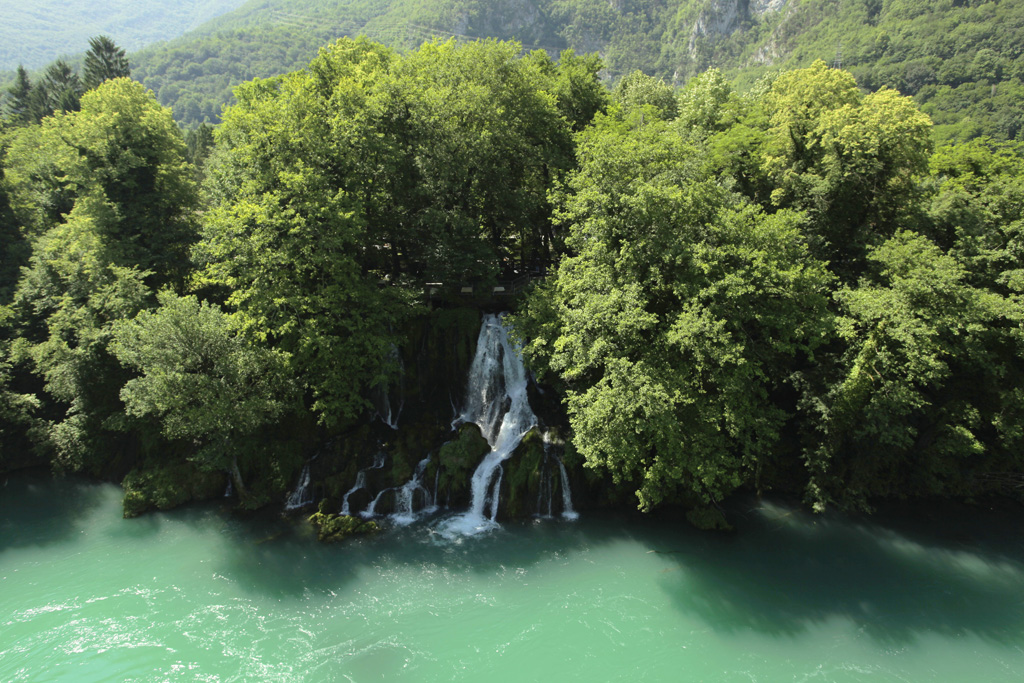 There are many wonders of nature in Serbia, that cannot be denied. Some are better known and some less. However, there are not many people who know about the Vrelo River. On the right bank of the Drina, in Perucac, 13 km upstream from Bajina Basta, there is the river which people gave a new name – Godina (in English A year). Why? Because it is exactly 365 meters long. It seems that the river Drina jealously kept this beauty to itself. Until now, at least, since it started to attract more tourists every year.

Vrelo River originates from a strong karst spring of Perucac at the altitude of 234 meters at the foothill of mountain Tara. The water from Vrelo originates from precipitation accumulated on the spacious plateau of Tara. On average, the spring pours out 330 liters of water each second. The average temperature of the water is about 10 degrees. 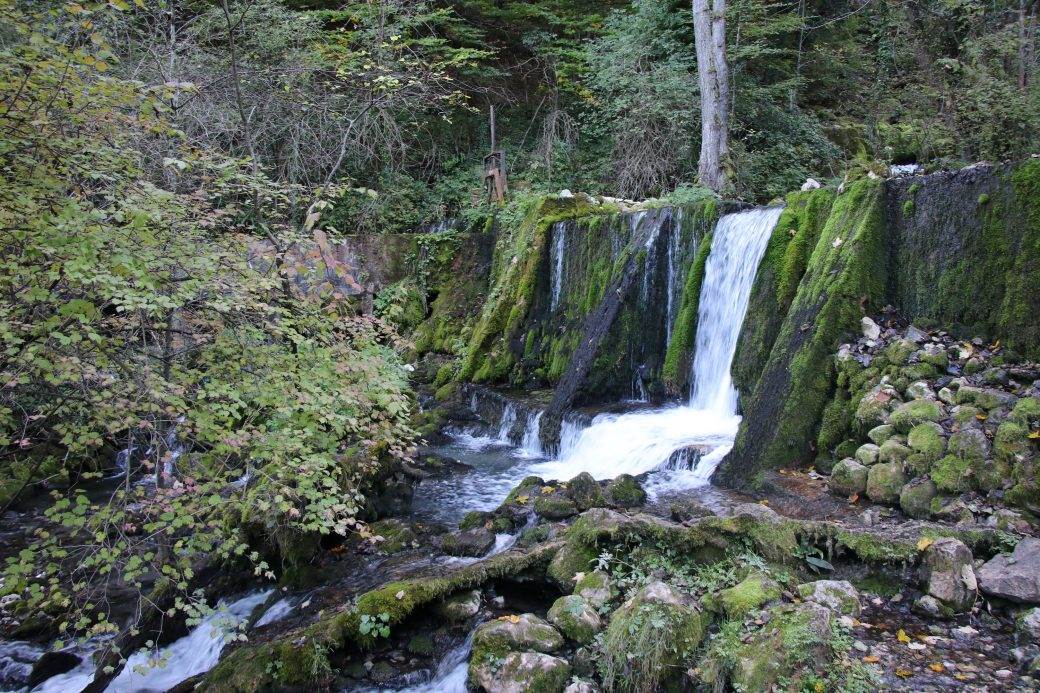 This river has clear water and beautiful waterfalls. That is why this place, 13 km away from Bajina Basta, is one of the most beautiful tourist sites in this area. It is, at the same time, the shortest river in Europe.

Although very short, the Vrelo River has everything that much larger rivers have. A large powerful spring, a pond on the right bank, a mill and a village on the left bank, three bridges, mini hydroelectric power plant. One of the most fascinating pictures is certainly its confluence with the Drina, through a waterfall 14 meters high. The river belongs to the very cold, clear, and transparent rivers. These characteristics are suitable for the cultivation of California trout. You can try it in the restaurant Vrelo, whose garden is located right next to the waterfall. On the banks of the river grow alder, ash, mountain maple, elm, walnut.

Many say that the Vrelo River is one of the seven Serbian miracles. It is also a mystical one. According to many stories, it has helped people that had a problem with fertility and eliminate various psychophysical problems. On the other hand, happiness awaits everyone who walks its entire course and at the same time gives it a coin that he spent the night under a pillow. Many claim that their wishes were fulfilled within 365 days after they visited this river. 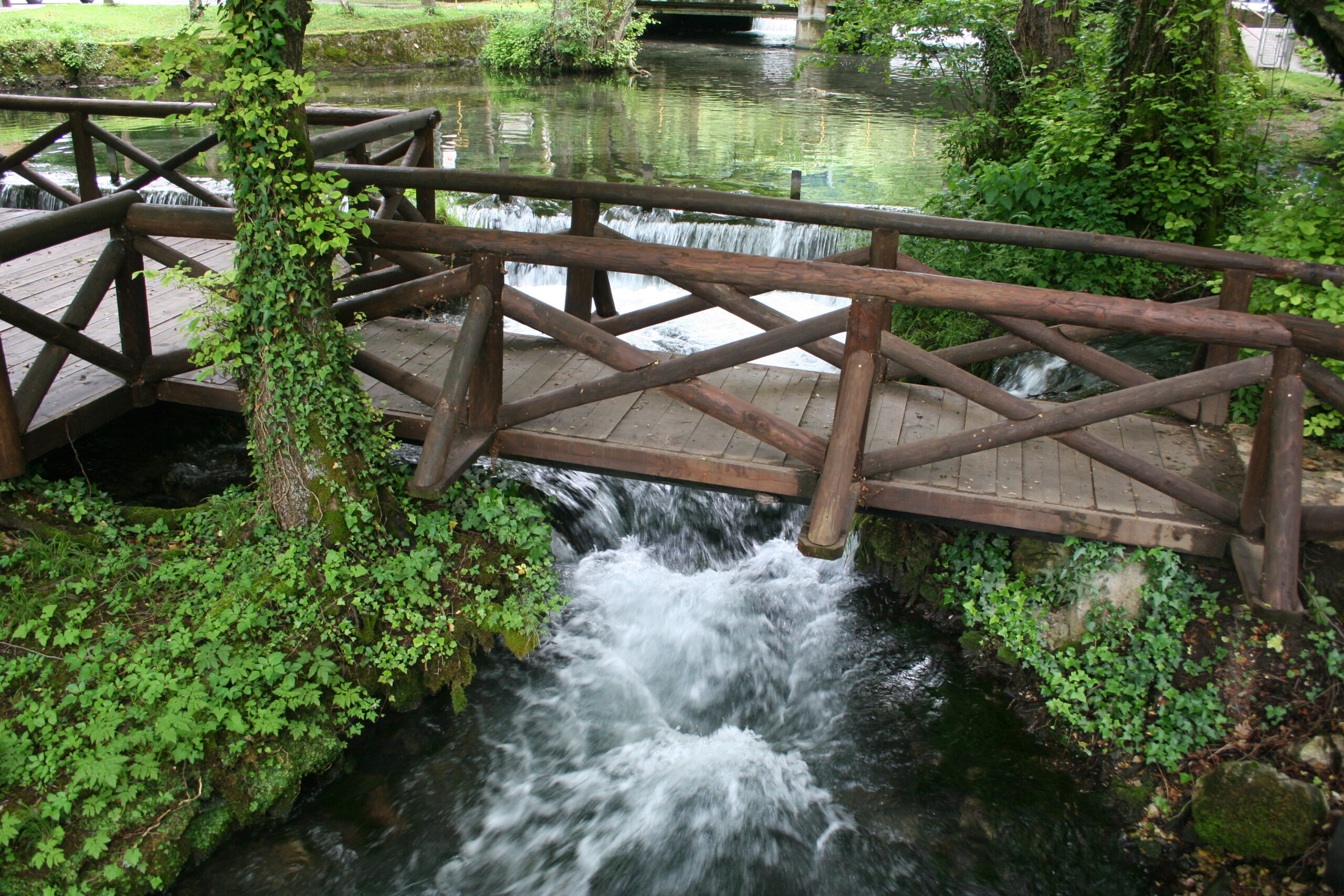 The year does not change the length by a millimeter, which is why it is believed that young people, before getting married, should come to its shores so that their love will remain unchanged forever. Even if they see the figure of a partner in the water, then it is certain that it is “the right one”.

Once upon a time, girls from the surrounding villages came regularly to Vrelo River to bathe or wash their hair. Each of them would get married within a year. Legend has it that the sister of a great man visited this place and that she begged a small river to send her a loved one who she would marry. She would throw a ducat into the water each time. Her wish came true.

The legend is still popular. The best proof is the fact that there are many coins at the bottom of the river that belong to numerous visitors who wanted to speed up the fulfillment of wishes.

There are many stories and beliefs related to the river Vrelo. We can accept them or not. But regardless, it will probably never change its length. 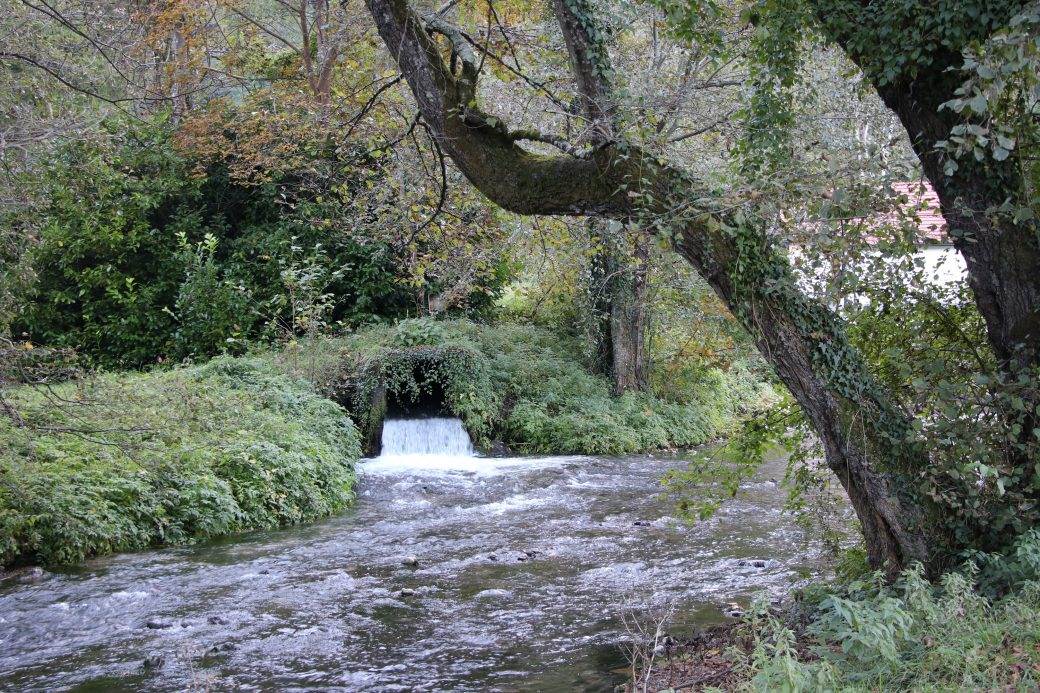