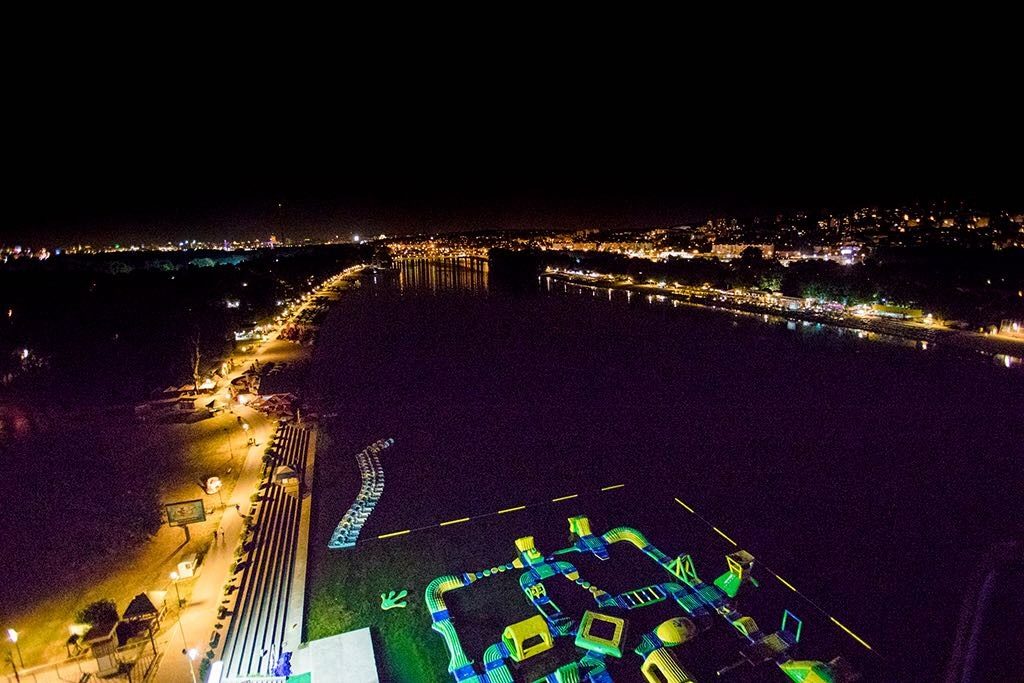 The main town square, Republic Square, is a favorite meeting place for the youth, before moving to other locations for entertainment. In fact, all those who do not know Belgrade are usually taking this place for their orientation. When they say to you in Belgrade, “See you at the squere!”, Then they think of this square. On the Square there is the National Theater, the National Museum, the monument to the Prince Mihailo Obrenović III and the monument to Branislav Nušić. 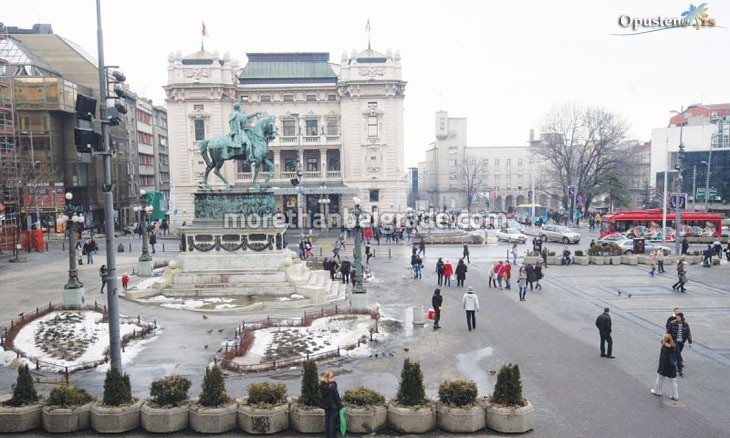 The present square was formed after the demolition of the Stambol Gate (1866) and the building of the National Theater (1869). The Stambol Gate, built by the Austrians at the beginning of the 18th century, was located between the monument to Prince Mihail and the National Theater. It was the most important and most beautiful gate at a time when the city was threatened.. Through her, she led the way for Istanbul (Istanbul), after which the gate received this name. In the people, the Stambol Gate was remembered by the fact that the Turks performed executions in front of her, “the poor man preferred” by pouring it on the stake. During the occupation of Belgrade (1806), Vasa Carapic, a famous commander from the First Serbian Uprising, was killed in front of this gate. In memory of this event, the street near this place was named after him, and a monument was erected. 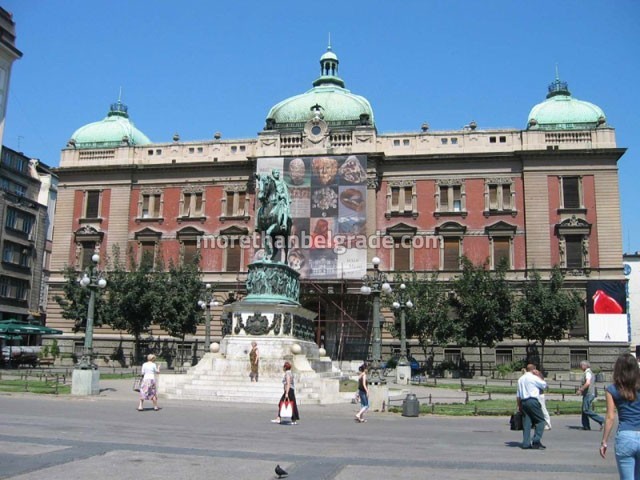 After the establishment of the Serbian authorities and the demolition of the Stambol Gate, the area of ​​today’s Republic Square has long remained unencumbered. The National Theater stood for more than 30 years as the only large building. When in 1882 a monument to the prince Mihail was erected, the gradual urban formation of this square began. On the site of today’s National Museum, a long-standing building was erected, among which there was a famous cafe “Dardaneli”, the hub of the art world. The building was demolished in 1903 by the Fund Management Board (the current building of the National Museum) in its place. In the small park next to the National Theater, until the Second World War, there was a famous cafe and cinema “Kolarac”. The “Riunione” palace, which houses the “Jadran” cinema, was built in 1930. The old ground and one storey buildings with shops were demolished during the German bombing on April 6, 1941. In their place, the largest building on this square was built, the Press House , which includes “City Cafe” and the International Press Center. 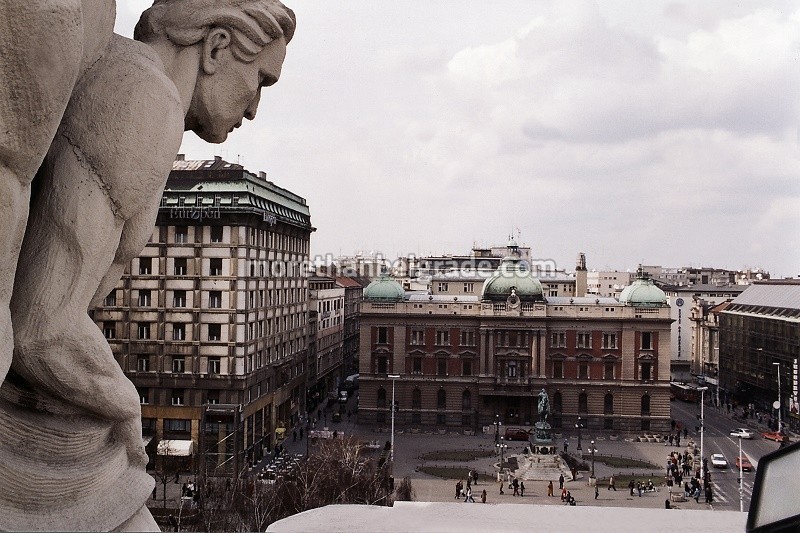