The most spectacular historic ruins in Serbia 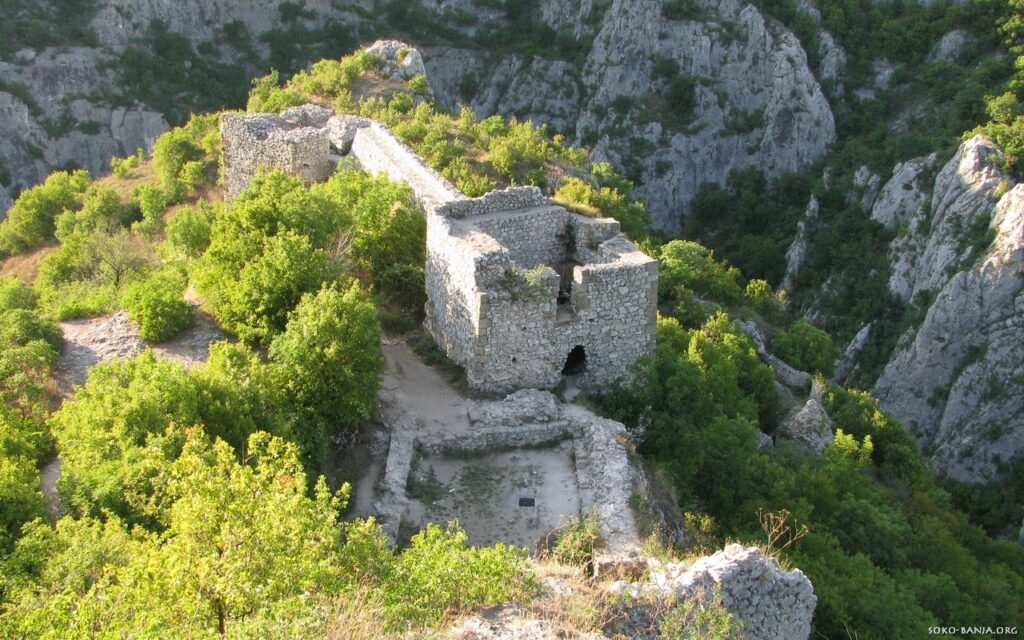 Today we want to tell you more about the most spectacular historic ruins in Serbia. We have so many of them and every area of Serbia has its story. You are welcome to discover them. Embark on a journey with us and you will reveal all the secrets about those fantastic places.

Visit the most spectacular historic ruins in Serbia

Viminacium definitely takes the first place on the list of the most spectacular historic ruins in Serbia. Located on the bank of the Danube, near today’s city of Kostolac, Viminacium is one of the most important archeological sites. It used to be the provincial capital of the Roman province of Moesia. Further, it had a major military post. Only a small part of the locality is researched, but even now, the exhibition is quite spectacular. Visitors can see well-preserved remains of temples, houses, streets, amphitheaters, palaces, and Roman baths. Fans of dark tourism will be fascinated by the necropolis, which is the most intriguing part of the complex.

Another curiosity of the complex is the remains of mammoth Vika. You can see a fully preserved skeleton of the giant who walked around Europe 5 million years ago. Impressive, isn’t it? And all that for only 600 dinars (5 EUR/ 6 USD)! All the visits are guided. There is no public transport to the locality, so we advise you to come by car. 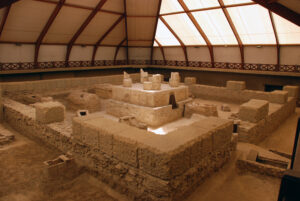 Stari Slankamen, roughly translated as the “Old Salty Stone” is a village on the bank of Danube, around half-way between Belgrade and Novi Sad. At this place, Romans established the city Acumincum. Later, it was under the control of many different empires, such as Austro-Hungarian and Ottoman. Of course, due to its location, it had historically a great strategic and military importance. Destroyed and built multiple times, the remains of the Acumincum fortress are still standing proud as one of the most spectacular historic ruins in Serbia. The view is spectacular – you can see the confluence of Tisa into the Danube.

The village is easily accessible by intercity transport. There are no entrance fees, but also there are no tourist facilities at the location. So this is truly an off-the-beaten-path place. 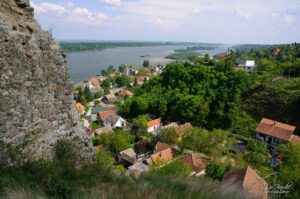 Legacy of Justinian – The most spectacular historic ruins in Serbia

Justiniana Prima is also among the most spectacular historic ruins in Serbia. This city is located 30 km west of the city of Leskovac, and it is also known as Caričin Grad (in English: The Empress City). Originating from the 6th century, the city was the seat of the Archbishopric of Justiniana Prima, hence it carries a great significance for the history of Christianity. As such, it is under state protection, as an archeological site of exceptional importance. It has international recognition as well because it is on the UNESCO tentative list. As the name says, the city was built by the famous emperor Justinian, who also built the famous Hagia Sophia.

At its peak, the city had the fortification, the Acropolis, basilicas, and palaces. Of course, as many ordinary people lived there, streets and forums (squares) were paved. Also, there were many administrative buildings in the area. It had all the infrastructure necessary for good quality of life, including aqueducts, baths, and sewage systems.  Unfortunately, the city did not last long. Residents abandoned it after the attacks of the Avar and Slavic tribes. Luckily for us today, those spectacular ruins are well preserved and it is possible to visit them.

The best way to reach it is of course, by car. Visitors must go to the visitor center first to buy the ticket (150 dinars / 1,30 EUR / 1,50 USD). If you are lucky, the friendly guide will accompany you and tell you more about the history of this place. That is why it is generally a good idea to schedule your visit in advance. 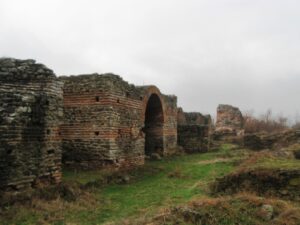 Soko Grad, roughly translated as Falcon City, was also built in the 6th century by emperor Justinian. It is located very close to the spa town of Sokobanja. Archeologists believe that the fortification was very large and that it had multiple towers. Partially destroyed by the Ottomans, the ruins of Soko Grad are among the most spectacular historic ruins in Serbia. Only one tower is still standing today.

It is quite easy to reach Sokobanja and there are signposts along the path to Soko Grad. However, the hike is a bit demanding but it is certainly rewarding. There are no entrance fees or working hours, so you can visit it anytime. Of course, be mindful of the terrain. It is not possible to climb up to the ruins in winter or after the rains. 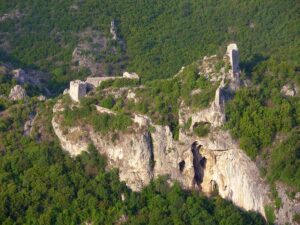 Another great thing about those places is their remoteness. Now, when we need to be mindful of social distancing and avoiding large groups, those places make a perfect destination. They are no crowds, and certainly no many tourists (or even locals) at this time of the year. Not just that you will be very safe here – you can also make some adorable photos without other people in them. Walk on the roads less traveled! Enjoy the peace of those places all by yourself! Of course, be mindful of other visitors, have a mask by hand, and take care of the environment.

As some of those places are outdoors and without any tourist infrastructure (Stari Slankamen and Soko Grad), pay attention to the weather conditions. Don’t forget the water, even in the winter. For any other questions, feel free to contact us, and we will help you organize your trip.