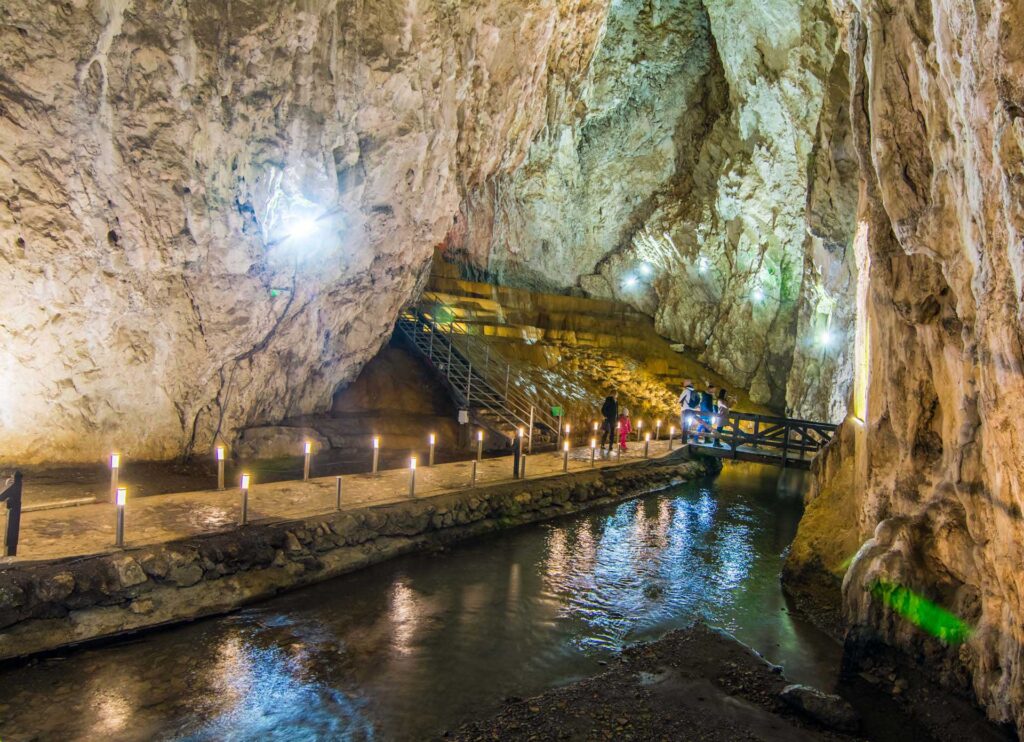 If you are looking for unusual locations that will make your vacation magical and adventurous, you will surely find it in the depths of Stopica Cave. This natural attraction is located on the northeast side of the mountain Zlatibor, between the villages of Rozanstvo and Trnava, and is only 19 km away from the tourist center. The main road Zlatibor-Sirogojno passes above the cave since the arrangement of the access path to the cave itself. An increasing number of guests visit this cave every year. The caves are done selectively, something new is done almost every year, so guests who have already visited the cave gladly return to it again.

Many assume that the Stopica cave was discovered around 1901 when it was first mentioned in the Minutes of the Serbian Geological Society. In the period between 1909 and 1913, the famous Serbian scientist, Jovan Cvijic, performed speleological research in the cave. The cave got its name after the hamlet of Stopici, which is between the villages of Rozanstvo and Trnava. Only in 2008, the cave was officially available to visitors. 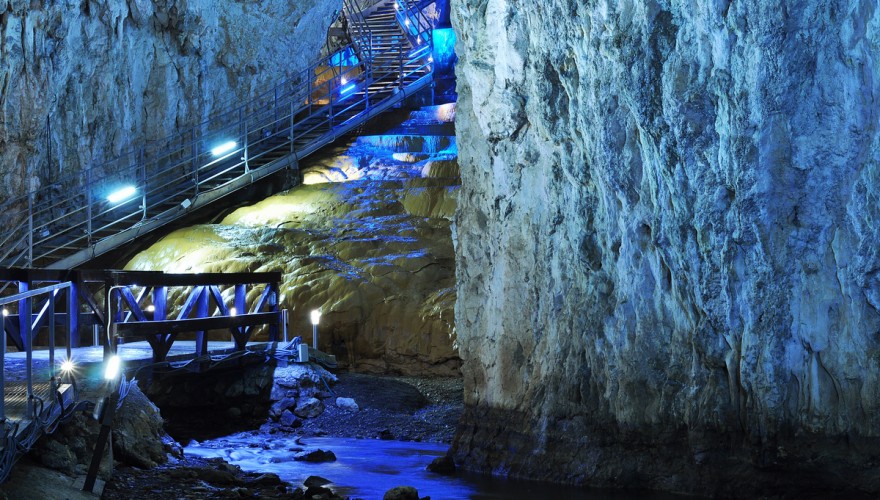 Stopica cave – a monument of nature

Stopica cave and its surroundings are under protection, as a natural monument. It is located on the left side of the river Pristavica and the landscape itself is fabulous. The altitude of the cave is 711 meters. The length of the section for visits is about 280 meters. The lightning is very good, so do not worry about getting hurt.

The cave has five halls. There is Light Hall, Dark Hall, River Canal, Great Hall with tubs, and Canal with tubs. Visitors will like the waterfall in the interior of the cave, popularly called the “Source of Life”, and the famous bigrene tub.

Bigrene tubs, with their specificity representing a trademark of the cave, were formed by the deposition of limestone. These are depressions up to 7 m deep, stone walls border it, water accumulates in them, which cascades from the tub.

A favorite cave figure in Stopica cave is the scree cone which got the name Dog Graveyard, illuminated by sunlit holes in the cave ceiling. 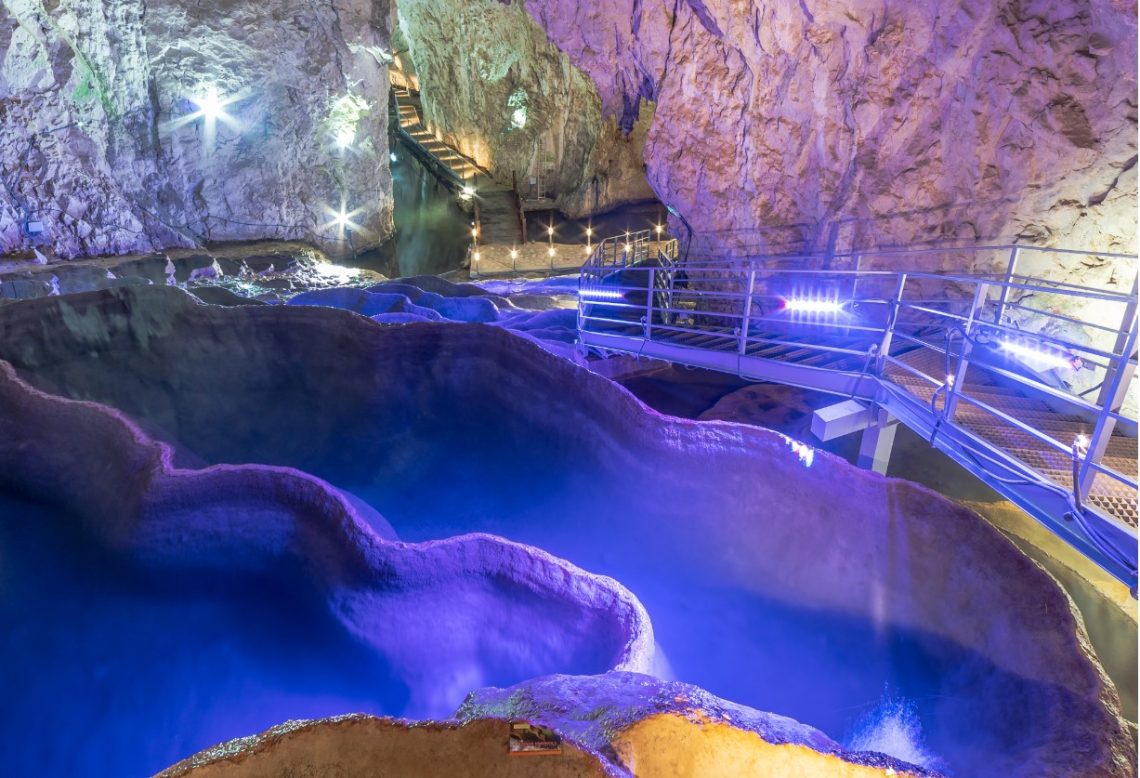 The specificity is that in summer it is warm inside the cave. In winter, on the other hand, the cold temperature ratio completely depends on the outside due to the large openings. Upon entering, you cannot conclude what it looks like. However, it will really pleasantly surprise you with what awaits you inside.

If you decide to visit Stopica cave, we would like to give you some useful advice. Firstly, it is best to visit the cave in the spring or after heavy rainfall. It is because the tubs have water then, and the waterfall is the lushest.

While you are here, we also suggest that you look for a guide. With their stories, with a lot of interesting things, they will easily bring you closer to the beauty and significance of the cave itself.

There is one more thing that is good to know. Unlike most caves where air temperatures are constant in both summer and winter, the temperature in this one varies depending on the outside temperature. However, always bring something extra to wear.

The plan is to arrange and invest in the cave infrastructure in stages in the next period. The goal is to expand the part of the open Stopic where tourists will also be able to explore more. From year to year, the cave has more and more visitors. This shows that the cave is a mandatory tourist destination in this area.