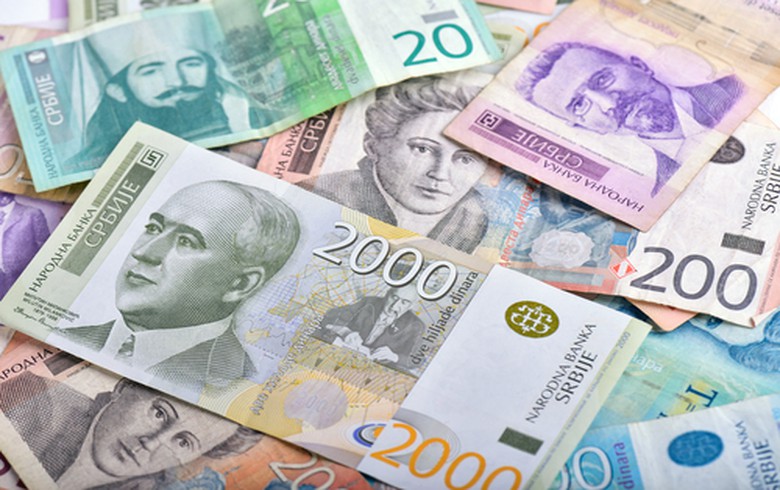 Serbian dinar is the national currency of the Republic of Serbia. It is a currency with a very long history. In fact, we use it from the early 13th century. Our banknotes are interesting, colorful, and tourists love them too! On them, you will see the people who are important in our history. Coins are interesting as well.

The banknotes and coins we use today are established in 2003. The currency is under the authority of the National Bank of Serbia. Its special section, the Mint, is in charge of printing the banknotes, making the coins, not just for Serbia but for some other countries as well. Of course, the names of those countries are business secrets. So maybe the money you use every day in your country comes from Serbia as well!

The most famous banknote is the blue 100 dinars note, with Nikola Tesla on it. Many tourists also keep one of those as a souvenir.

10 dinars note has the portrait of Vuk Karadžić, the reformer of the Serbian language. On 20 dinars note, you will see Petar II Petrović-Njegoš, the prince-bishop of Montenegro, who was also a famous writer and philosopher. 50 dinars note carries the portrait of  Stevan Stojanović Mokranjac – the “Father of Serbian music”. He was not just the composer and educator – he established the Serbian School of Music and the first Serbian string quartet.

The only woman on Serbian banknotes is on 200 dinars note – Nadežda Petrović. She was the most important Serbian female painter of the time. She worked as a nurse in the Serbian Army during World War I, and unfortunately died early, without seeing the end of the war.

500 dinar features Jovan Cvijić, geographer, ethnologist and sociologist, President of the Serbian Royal Academy of Sciences and rector of the University of Belgrade. On 1000 dinar note, you will see industrialist and brewer Đorđe Vajfert, who also served as Governor of the National Bank of Serbia. Milutin Milanković, mathematician, astronomer, and geophysicist, is on the 2000 dinar bill. He was the first to accurately predict the future climate changes of the planet, and he even improved the existing calendar.

Of course, the most loved banknote, 5000 dinars, carries the face of professor Slobodan Jovanović, historian, lawyer, philosopher, and politician, who also served as the rector of the University of Belgrade and the President of the Serbian Royal Academy.

In Serbia, all transactions must be done in dinar only. Businesses are not allowed to accept euros or any other currency. Therefore, you will have to exchange your foreign currency for the dinar.

Serbian coins also depict important buildings and feature different people. If you look closely, you will able to see the National Bank of Serbia, monasteries Gračanica, Krušedol and Studenica, and the Temple of Saint Sava. A limited-edition of 20 dinar coins in circulations has portraits of famous Serbs, including Nikola Tesla as well. The Serbian coat of arms is on the reverse of every coin. 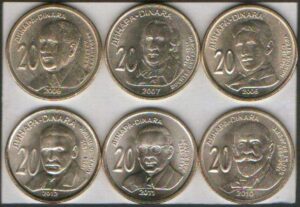 We advise you to exchange money in exchange offices only. There is plenty of them around Belgrade and any other Serbian city. They accept all major currencies (USD, EUR, GBP, AUD, CAD). Some exchange offices also accept other currencies such as Hungarian forint, Bosnian mark, or Turkish lira. Please note that extra dinars can usually be exchanged for euros or dollars only due to availability. If you need to purchase any other currency, it would be good to call the exchange office and arrange it in advance. The same applies when exchanging large amounts of money – you can even call and negotiate a better rate. If you need some help in the process, we are there for you!

It is possible to exchange money in banks as well, but you might have to wait in line, fill out the paperwork and the exchange rate is not that great. Hence, we recommend you to avoid exchanging the money in the bank unless it is really necessary.

Do not exchange money “on the street” with people who offer you their “help”. Luckily, that kind of scam is not common, but we have to warn you that you will be given the wrong currency or old Serbian dinar notes. Just walk away and remember that the exchange office is just a couple of hundred meters away.

You can buy some of the old coins and banknotes on the souvenir stands or flea market. The most famous are the notorious inflation notes. Don’t be tricked by their apparently great value, as those banknotes were practically worthless.

From 1992 until 1994, Yugoslavia experienced extreme inflation. The daily inflation rate was 62%, so the paycheck received in the morning would be worthless in the afternoon! Even though it is the period nobody likes to remember, the banknotes from that era were abundant and even now it is easy to find them in souvenir shops. Buy the 500 billion note and you will be able to say that you are a billionaire! It was the largest nominal value Yugoslavia has ever printed! And for a long time, it held a world record too. There are entire series of banknotes from this period, and they are a real curiosity for every collector. And just in Serbia, you will be able not just to find them, but to hear the real-life stories behind them!