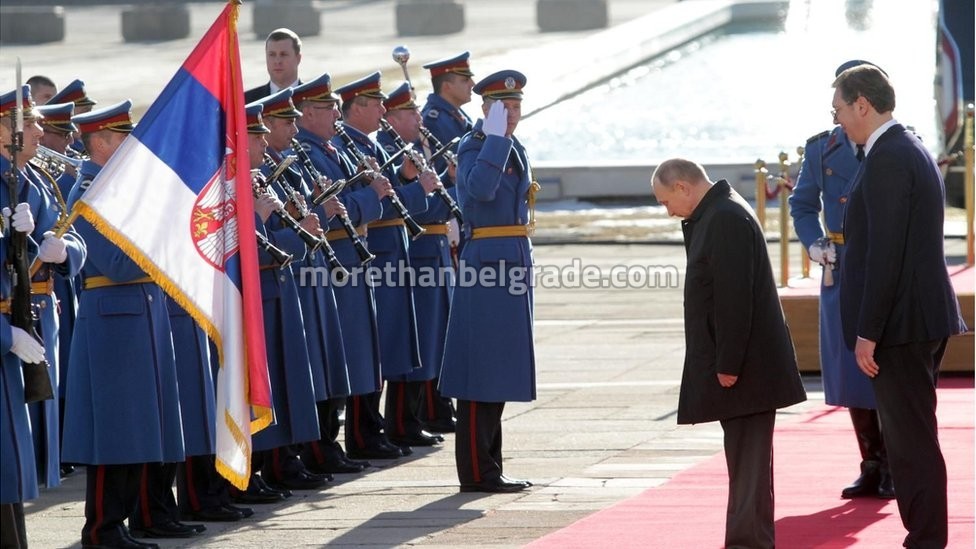 Russian President Vladimir Putin arrived 17.01.19. in Serbia, and after arrival at the Belgrade airport he was welcomed by Serbian President Aleksandar Vucic. 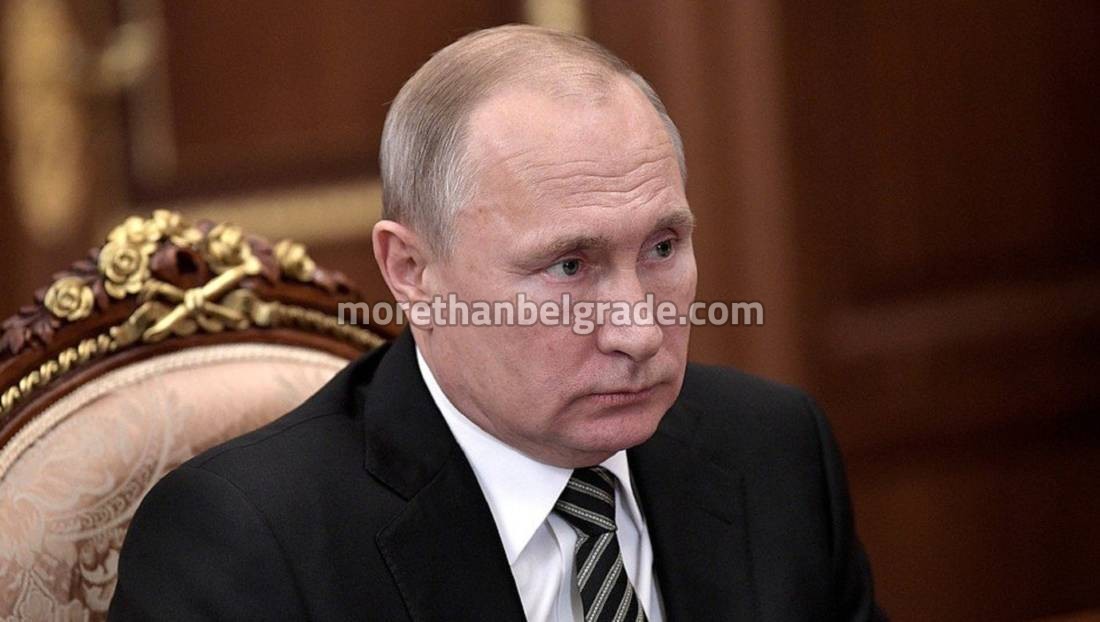 After the meeting at the Nikola Tesla Airport, two presidents laid wreaths at the Liberation of Cemetery in Belgrade, and Putin was hosted by a festive welcome in front of the Palace of Serbia.

Media across Europe, but also in the US, are addressing visit of Russian President Vladimir Putin to Serbia, claiming that he was welcomed in this country as a “superstar”.

During the stay of Russian President Vladimir Putin in Belgrade more than 20 agreements have been signed.

After a visit to the Temple of St. Sava, Putin briefly thanked thousands of gathered citizens who came to greet him. 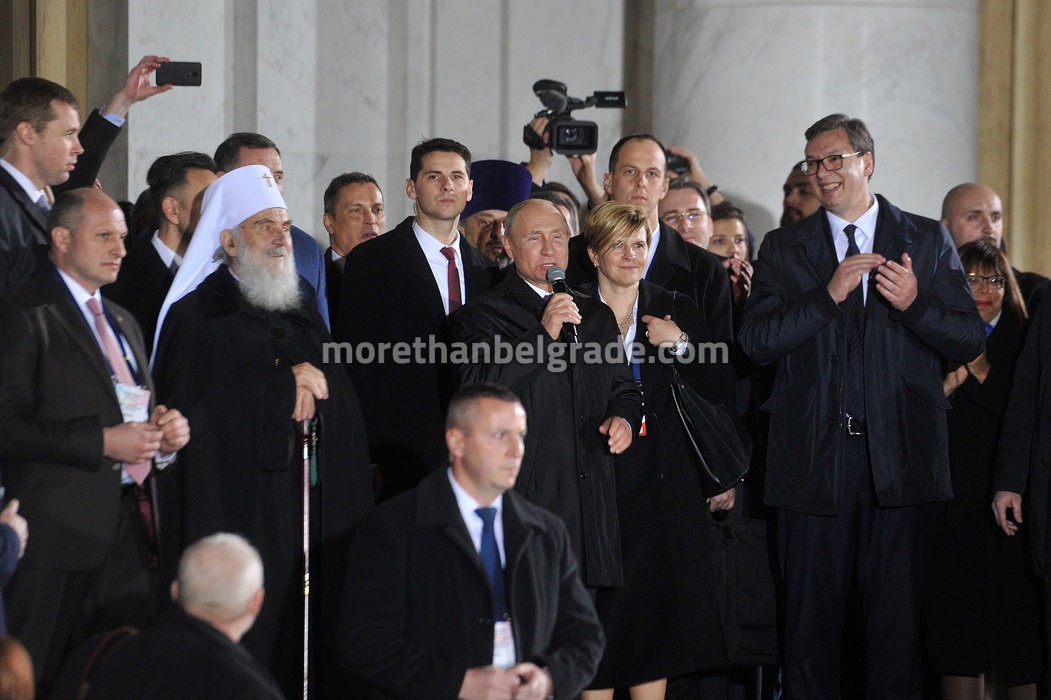 “Thank you, thank you for your friendship,” Putin said first in Serbian, and then in Russian.

Western media have estimated that for Russia’s President Vladimir Putin Serbia has organized a lavish welcome while trying to get closer to the European Union. 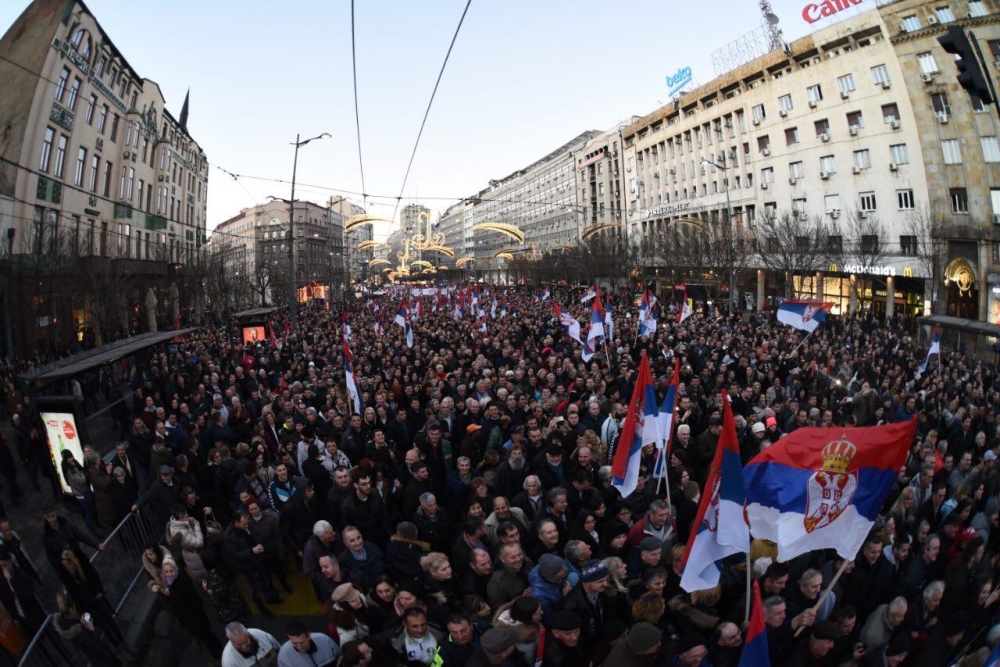 Russian President Vladimir Putin said that Russia is one of the largest investors in the Serbian economy and that the relations between the two countries are developing in a lot of directions – direct trade, energy, high technology, and that, as he said, is particularly happy about the transport structure.

President Vladimir Putin before the meeting with Serbian President Aleksandar Vucic thanked the citizens of Serbia for warm reception, who saw him on the streets while he was coming. 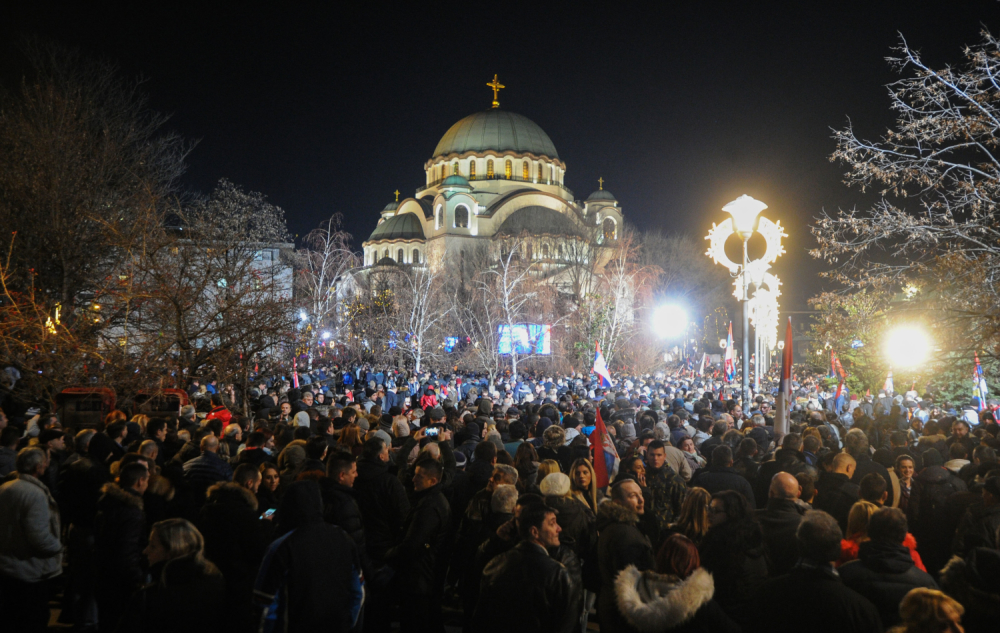 ‘I am very glad that I have the opportunity to visit friendly, brotherly Serbia and to talk about what we have done’ Putin said.