PREMIUM TICKETS FOR NICK CAVE’S CONCERT ARE SOLD OUT 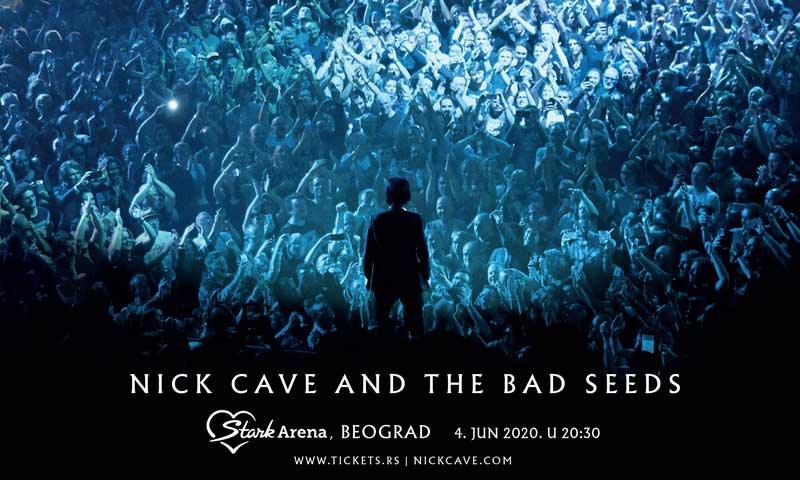 Ten days after Nick Cave on his blog “ The Red Hand Files ” replied to the front men of Serbian cover band the interest for upcoming concert of Nick Cave and The Bad Seeds has been more than doubled. In only a matter of days premium tickets have been sold out for scheduled performance on the June 6th in Stark Arena.

As a reminder last time Nick Cave performed in Belgrade year 2017 and the concert was sold out as well, so it doesn’t come as a surprise that this year’s concert raised significant interest as well. Almost 4 months before the concert most of the concert hall has already been booked.

Fan comments on Facebook event “Nick Cave and The Bad Seeds” point that the audience can’t wait for the upcoming concert and that this year as well they will be looking for an extra ticket.

“Just by thinking about the upcoming concert, I got goosebumps. I can’t wait…….I wish to close my eyes and drift far away! WOW!” is just one of the comments left on Facebook page dedicated to the event Nick Cave and The Bad Seeds.

Tickets for upcoming concert Nick Cave and The Bad Seeds are available at all bulletin offices of Ticket Vision and online  www.tickets.rs