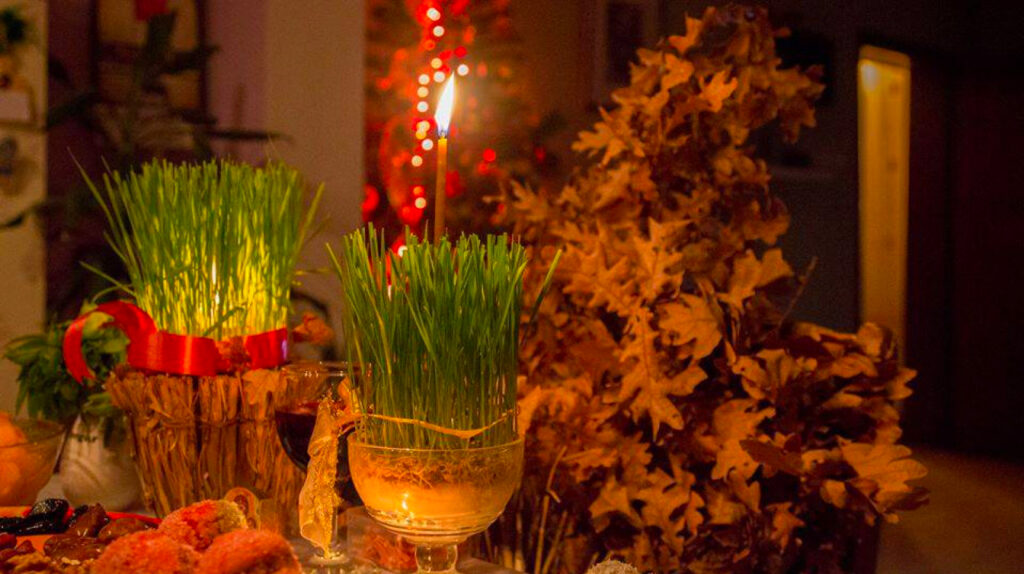 As we already mentioned in one of our previous articles, people in Serbia have their unique Orthodox Christmas traditions. Besides the celebration on January 7th, Serbian people have other interesting traditions, and we want to introduce you to some of them.

We have a saying “100 villages, 100 traditions” and Orthodox Christmas traditions in Serbia are very diverse, with great local impact. Here, we will just explain some general concepts. So, don’t be surprised if you meet a Serbian family that celebrates Christmas in a totally different way. Just appreciate the beauty of diversity, as we do.

Christmas is a family-oriented holiday everywhere. In this regard, Serbia is not an exception. The preparation for Christmas starts at least 1 or 2 days before it, and Christmas Eve is also an important holiday. On this day, the housewife makes česnica which is a round loaf of bread. She hides the coin inside, so keep reading to find out why!

We call the day before Christmas Badnji Dan (the day of badnjak). Badnjak is the oak branch, which is ceremonially entering the house on Christmas Eve.

There are many regional variations related to the day before Christmas, and they are all ceremonial in nature. Before (and today in many villages), people used to go to the forest to pick up the oak branch. Now, and in cities, people usually buy it. You will notice that only on that day, many vendors are selling it on the street. On Christmas Eve, the family welcomes the badnjak into the house, and it is sometimes burned in the furnace, to symbolize the shepherds lightning up the fire to keep the baby Jesus warm. It is one of the most loved Orthodox Christmas traditions because the entire family is together. The children especially love it, because they get small treats such as candies or money from their parents.

All churches organize the “lightning of badnjak” ceremony in their churchyard, and many families attend it as well. They are usually happening in the evening (around 17:00 or 18:00) and of course, if you are in Serbia, you are welcome to join the celebration in any church.

One important feature of the day before Christmas (and especially Christmas Eve) is the “fast”. It means refraining from milk, egg, and meat products (although we can eat fish). Very traditional people are fasting for 40 days before Christmas. But, even the ones who do not, follow that rule on Christmas Eve. So, dinner is prepared accordingly. However, it does not mean that the feast is modest – it is exactly the opposite, as people are praying for the abundance of food in the upcoming year. We generally eat fish, vegetables such as beans, legumes, and fruits. 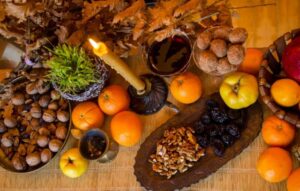 On Christmas Day, the family wakes up early and greets each other with a Christmas greeting “Hristos se rodi” (Christ is born). The customary answer to such a greeting is “Vaistinu se rodi” (Truly, he is born). According to the Orthodox Christmas traditions, we use the greeting for 3 days. We celebrate Christmas for 3 days as it is one of the biggest Christian holidays.

Polaznik or položajnik is the first person who visits the family on that day. It is usually the young boy, who is symbolizing the arrival of Jesus in the house, and he is treated by family as such – with the utmost respect. He blesses the family and wishes them prosperity in the upcoming year. He burns the badnjak in the furnace, which creates sparks. So he is chanting “how many sparks, that much happiness…”, “how many sparks, that much money…” etc. Then he generally has a meal with the family. Do you remember the bread česnica with the coin inside? The family shares the bread when starting the meal. The belief says that whoever got the coin in his piece will be the luckiest in the family that year. 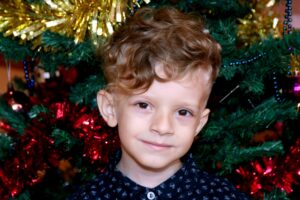 Why on January 7th?

You read about our traditions and you are fascinated with them. But, are you still wondering why are we celebrating it on January 7th and not on December 25th as most of the world? The answer is actually quite simple. While in the Orthodox world, the newer Gregorian calendar is legally in use (as in Catholic and Protestant churches), most of the Orthodox churches, including Serbian, reject it. They still use the older, Julian calendar. There is a 13-day gap between the two calendars. So ultimately, Orthodox people celebrate Christmas on December 25th according to the Julian calendar, which is January 7th in the commonly used Gregorian calendar.

Regardless of the celebration date, we believe that Christmas is the holiday of unity, happiness, and good wishes for the upcoming year. So we want to wish you a blessed Christmas and holidays, and may all your wishes come true.