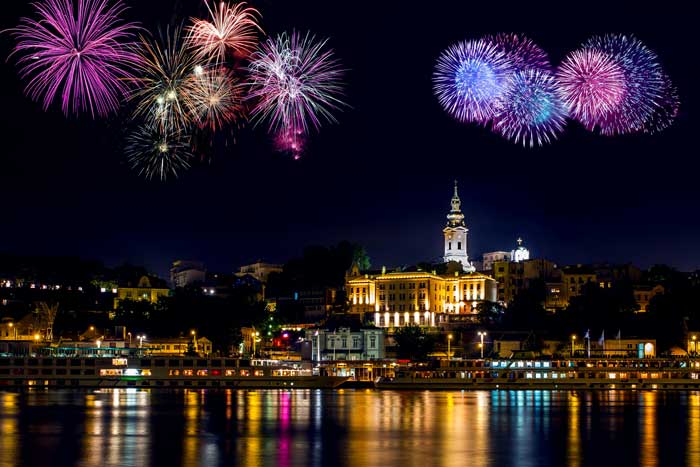 When it comes to New Year’s Eve, Belgrade has long been recognized in the region, and much wider, as a place where a good time is guaranteed. Hundreds of restaurants, clubs, and cafes offer a wide selection of different menus, events, music programs, drinks, and atmosphere. However, in recent years a large number of both Belgraders and guests from abroad decide to spend this night in front of the Assembly of Serbia. New Year’s Eve 2022 in Belgrade will be unforgettable once again. Here is why.

A spectacle on the plateau in front of the House of the National Assembly awaits the citizens on New Year’s Eve. Three of Serbian great stars will sing – Jelena Karleusa, Marija Serifovic, and Sara Jovanovic.

Marija Serifovic is a Serbian singer who won the 2007 Eurovision Song Contest for Serbia with “Molitva”. This was the country’s first win in the competition. Marija is famous for her pop ballads which people adore and sing by heart.

On the other hand, Jelena Karleusa is a Serbian singer, referred to as the “Madonna of the Balkans” and “Lady Gaga of Serbia” by Focus and W magazine, respectively. She is famous for her often controversial public and provocative appearance. However, when it comes to great performances, she makes the greatest ones. 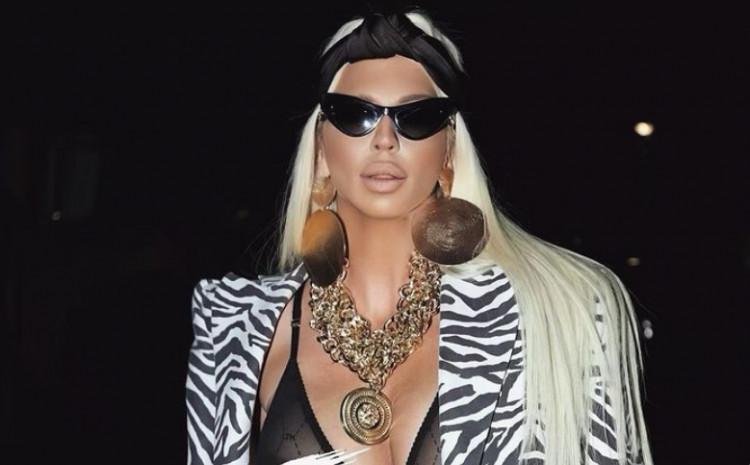 Sara Jovanovic, also known under the stage name Sara Jo, rose to prominence as the second runner-up on the singing competition Prvi Glas Srbije in 2012. As a member of a band Moje 3, Sara then represented Serbia in the Eurovision Song Contest 2013.

The three stars will provide an unforgettable party to all of those who decide to spend New Year’s Eve 2022 in Belgrade. The organizers of the program will make sure that you feel happy and excited in the crowd of people.

Other holiday activities in the city

If you have never celebrated the New Year in front of the Assembly of Serbia, you will not make the mistake to try at least once. The pleasure of an informal, relaxed party, which you will retell is something magnificent. The positive energy is what this open-air party provides.

Even the greatest colds like these years did not sway Belgraders to celebrate the New Year in the city. That spirit of youth and joy is the same every year. Tireless dancing and singing with the hits of favorite music stars, a feeling of freedom, make New Year’s Eve 2022 in Belgrade unforgettable. 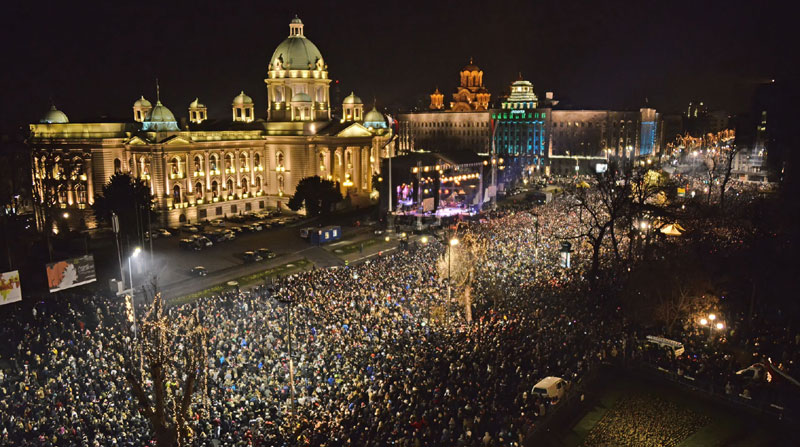 Belgrade has also one of the best New Year’s lights in this part of Europe. This year, New Year’s lighting will be turned on around December 1 in ten city municipalities. This also means the beginning of the Belgrade Winter events, which contains a large number of programs for children, such as Trg bajki (in English Fairy Tale Square) in front of the municipality of Zvezdara.

In addition, an evening for young people will be organized on Slavija on December 30, and on January 1. The manifestation Street of the Open Heart awaits us, both in Svetogorska Street and in all other parts of the city.

Street vendors of mulled wine and sweets, at the mini Christmas market, provide the culmination of the festive atmosphere. All above mentioned are ideal reasons to visit Belgrade this winter. If you want to feel the spirit of the city in a colorful way this is the best place.