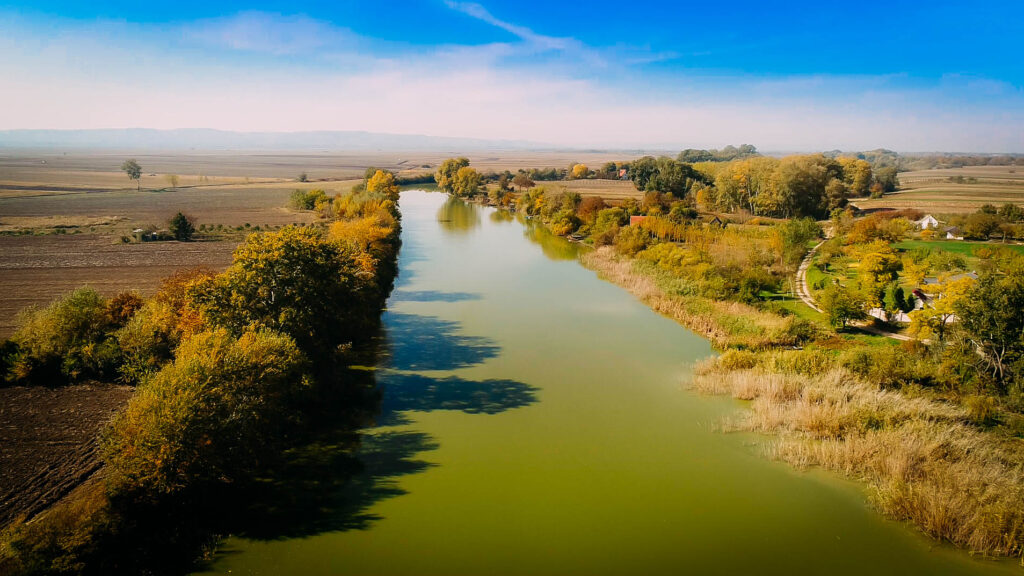 Nature Park Ponjavica is located in South Banat, on the edge of the Pancevo Depression, only about 15 km from Pancevo. It spreads over the territory of two settlements – Omoljice and Banatski Brestovac. Ponjavica was declared a nature park in 1995 and is categorized as protection category III. The largest area of the nature park belongs to this category, but I and II are also present. The most valuable area of this park in terms of protection is an island with an area of slightly less than 1 hectare in the Omoljica part of the park.

The nature park includes the middle course of the Ponjavica. This river has preserved the characteristics of the watercourses of the plains and the coastal remains of wetlands. The watercourse with its surroundings is a refuge for various species of plants and animals whose habitats destroyed water regulation.

This Banat municipality is also considered to be one of the warmest settlements in Vojvodina. That is because its average annual temperature is 12°C, and it can boast more than 100 sunny days a year. 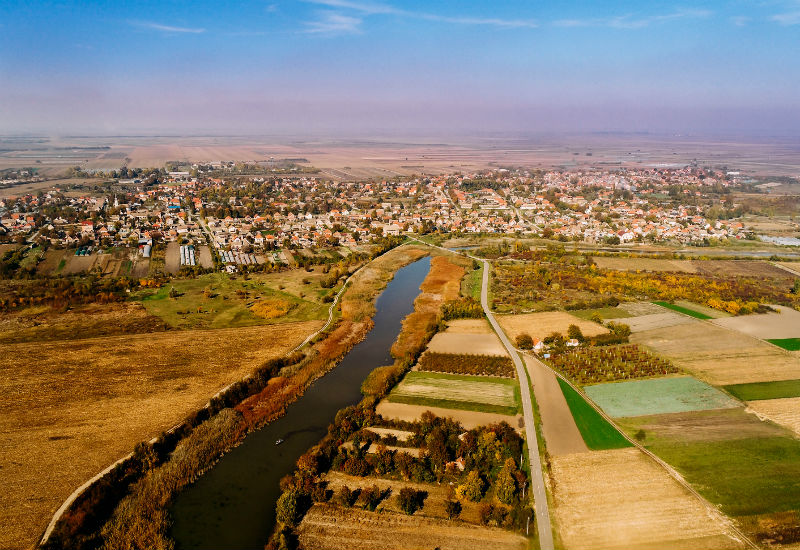 Diversity of flora and fauna

A special quality of this type of ecosystem is given by the spatial change of forest greenery, shrubby trees, and shrubs, fruit trees, as well as the immediate vicinity of two settlements and the existing weekend zone. In the area of ​​this nature park, plant communities of water, swamp, and forest type alternate. Green algae with a percentage of 45 – 93% dominate Ponjavica itself. They are an important part of the fish and zooplankton food chain. Numerous wetland and aquatic plant species can be distinguished from the herbaceous plant vegetation.

Ponjavica is home to many plant and animal species, some of which are extremely valuable and are under state protection. Strictly protected plant species are small resin, water fern. On the other hand, protected are carex, Tabernemontan’s buzzard, zannichellia…

When it comes to animal species, the South Banat ant species is extremely rare in our country. A strictly protected species of fish is the golden carp, and among mammals – the otter. 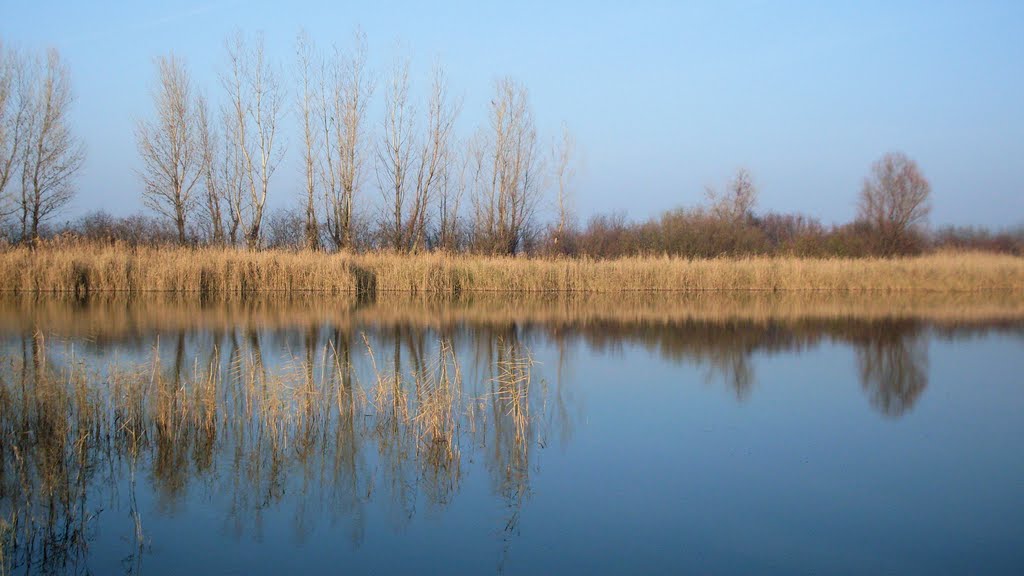 One of the greatest values ​​of this nature park is the abundance of various species of birds, some of which are under protection. The ponytail is especially important due to the presence of a mixed colony of herons, then cranes, marsh roosters, marsh terns, white-tailed terns, and others.

The total number of plant species is 100, while 20 species of fish are worth mentioning from the fauna. Some of them are economically important species, as well as species important for sport fishing. There are also a number of nesting birds, whose number of species depends on the natural features of the area of ​​this nature park.

Do not expect to see any monument or building in the Nature park Ponjavica. There is no recorded cultural heritage in the nature park itself. However, the fact that it is located near city centers such as Pancevo and even Belgrade is important for its cultural offer. Visitors can see numerous cultural institutions that more fully show the history of this part of Serbia there.

Also, only a few kilometers away from the village of Omoljice is the archeological site Starcevo. It is important because a kind of culture was discovered that developed in the period from 5300 to 4500 BC. It remained known as the Starcevo culture. The project of designing an archeological-tourist site called Neolithic Starcevo is underway, which will be a large complex with a camp, bungalow settlement, parking lots, and heliport. However, the main attraction of this complex will be the museum building, which will have a grass roof and should fully depict the architectural skills of the Neolithic people. 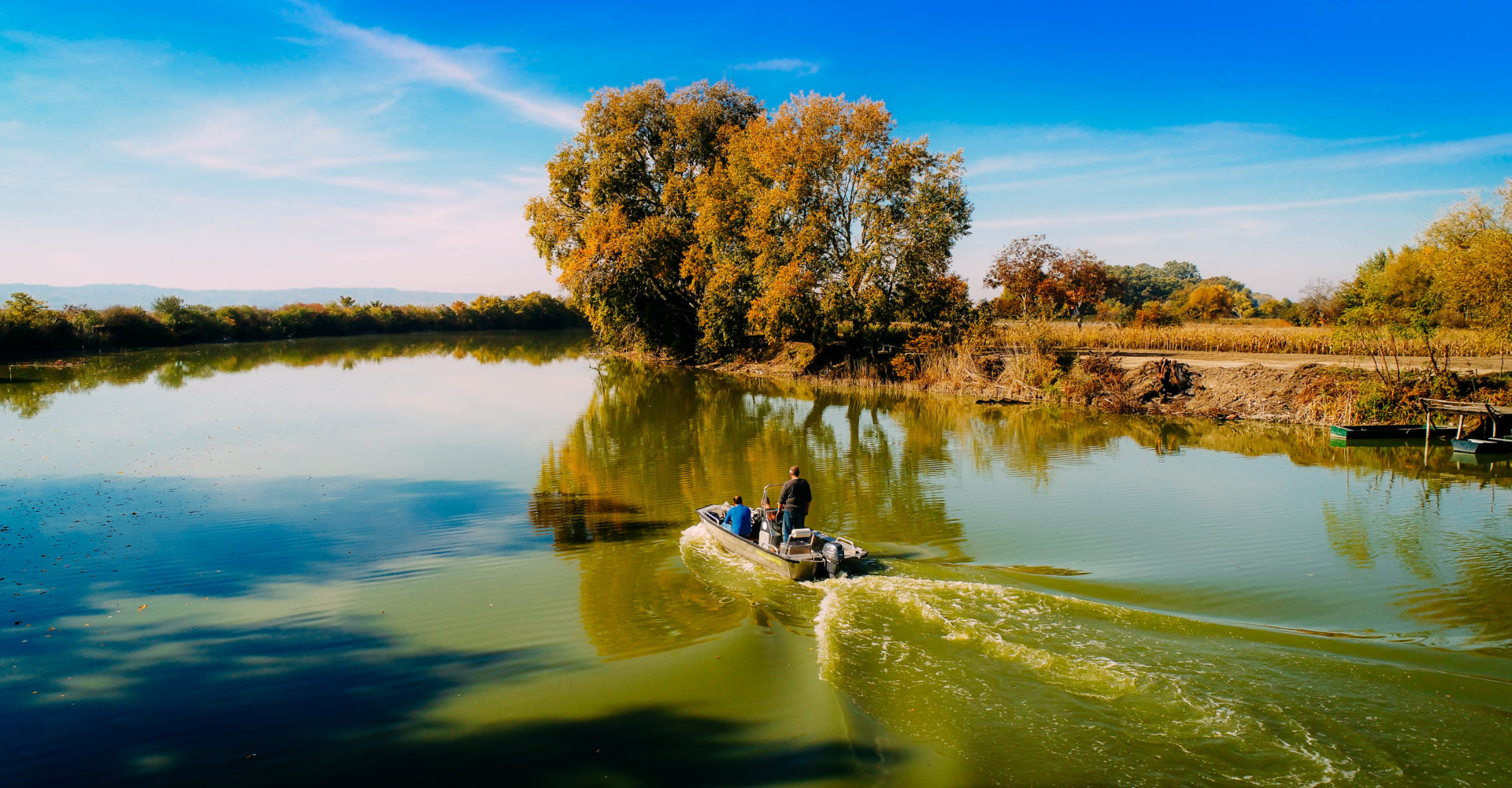 Visitors can also see a typical example of a Vojvodina household here from the period of the 18th and 19th centuries in the ethno house which is a mini-museum. It is located in the village of Dolovo, which is 20 km away from Pancevo. There are numerous objects from that period that depict the authentic way of life of Vojvodina.

Visitors to the Nature park Ponjavica can stay in one of the many households that rent out rooms and apartments. It is possible to spend the night near the river Ponjavica in Starcevo and Banatski Brestovac. However, for visitors who would like to experience the spirit of urban tourism in the area, accommodation is provided in one of the various accommodation facilities in Pancevo. From the accommodation facilities, we single out hotels, hostels, motels, and the apartment. Many of them are private.

The nature park is most interesting for fishermen, who in most cases come from Pancevo because this park is the closest place suitable for fishing. It also represents a kind of oasis for rest and relaxation. These are also the primary reasons why people visit this park, so they come mostly for one day. To relax and escape from the city noise. Due to the small area of ​​the park, visitors do not decide on a longer stay. They only stay here long enough to enjoy the protected beauties of the river Ponjavica. For visitors who would like to get to know the culture of this area more fully, there is a way. The town of Pancevo is in the immediate vicinity. Here you can visit numerous cultural monuments, but also organize numerous tours, the most interesting of which is the wine route.