Kosmaj Mountain is located in the vicinity of Mladenovac and at 626 meters above sea level is the second-lowest mountain in Serbia, after Avala. It got its name from the Celtic word “cos” which means forest and the old Indo-European word “Maj” which meant mountain. Kosmaj has three peaks: Mali, Goli, and Rutavi vrh, and has over 95 sources of healthy water. Due to its location, it was often a place of conflicts and wars.

In the past, Kosmaj was connected with Avala and they formed a peninsula in the Pannonian Sea. Today, however, Kosmaj is a favorite picnic spot in the Šumadija region. As soon as you approach it, you will understand why.

Monument to the Fallen Soldiers of the Kosmaj Detachment

At the top of Mali Vis, there is a monument in honor of the fallen fighters of the Kosmaj detachment, who took part in the Second World War. The monument is from 1971 and is the work of sculptor Vojin Stojic and architect Gradimir Medakovic. The monument consists of 5 arms and one marble circle. Each of these arms is 30 meters high

The large plateau around shows a broader picture of the complete ambiance and gives a special feeling of admiration to this magnificent monument.

A forest path combined with stairs leads to it. 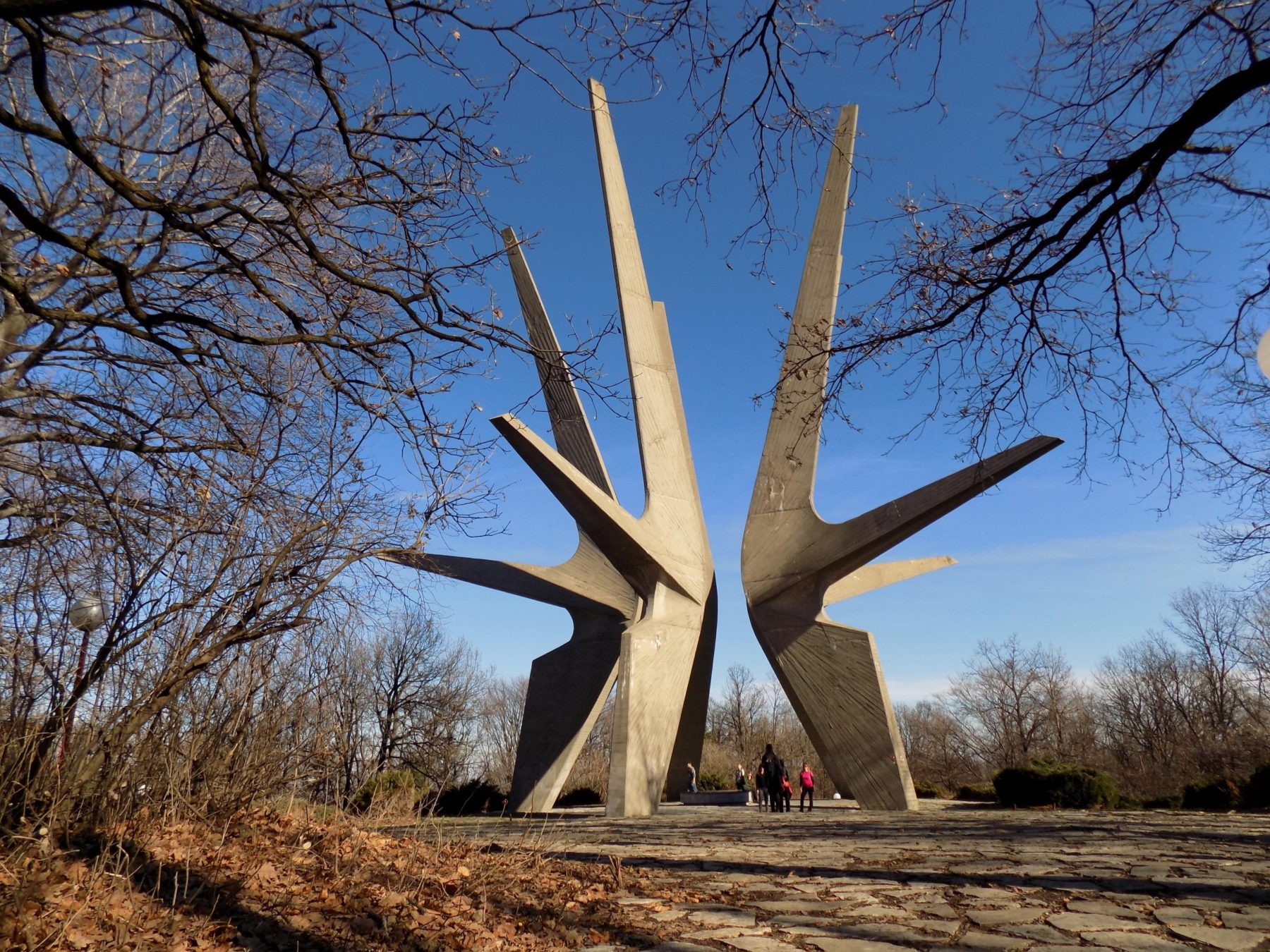 Memorial ossuary on the White Stone

The Kosmaj lookout tower is actually a wooden tower with a beautiful view of Sumadija. There was a sign in front of you to climb at your own risk, but there was no risk. Just pay attention while stepping because the steps are also wooden.

Just below the tower, there is another much more modest monument. A slightly steeper path leads to it, so you should pay attention here because the terrain is quite uneven. This monument is actually a memorial ossuary on Beli Kamen, to the warriors of the Timok Division who fell in the battles for the defense of Belgrade in 1914.

There are also two monasteries of great cultural and historical significance on Kosmaj. The first is the monastery of Tresije to the Council of the Holy Archangels from 1309. It has been demolished and rebuilt several times during its history. The first renovation was in 1709. However, in the same century, the monastery was destroyed again. After the Second World War, the fraternity began the renovation of the monastery and its buildings. It lasts until today, which results in a beautiful yard and the peace of its surroundings. 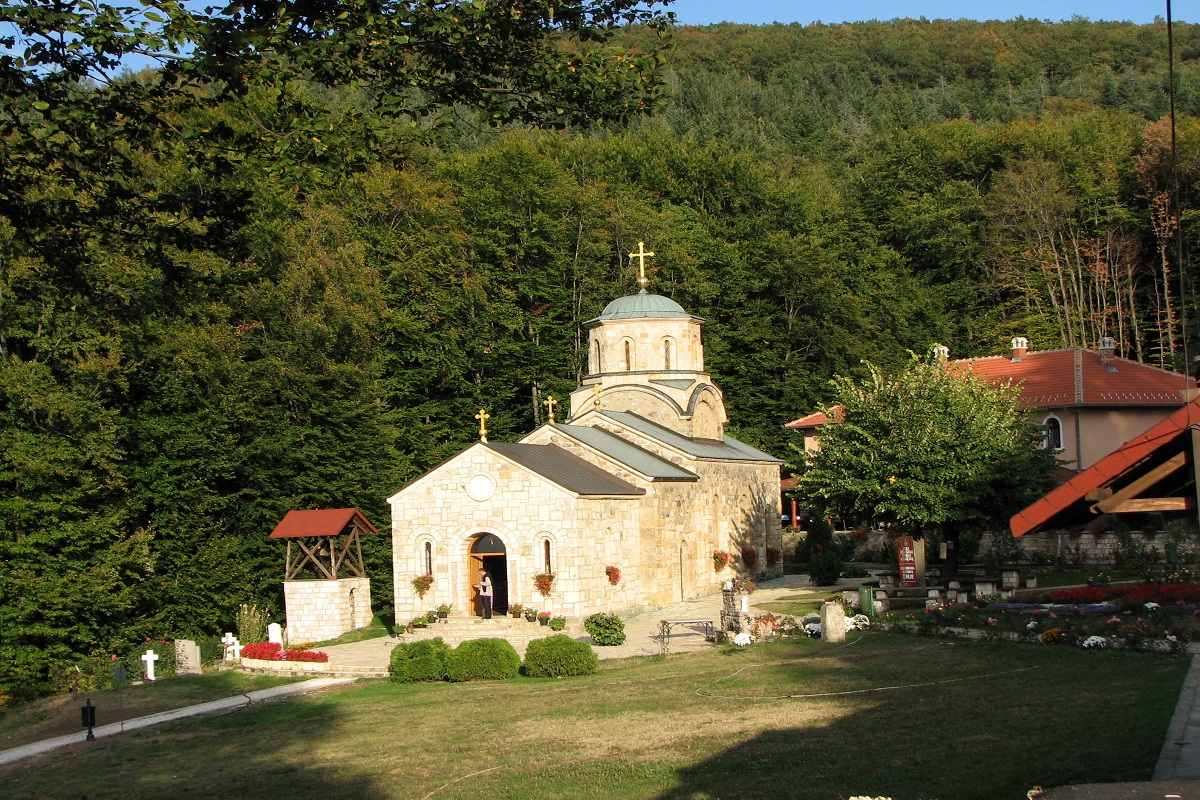 Until two decades ago, the Pavlovac Monastery was under stones and gravel, only to be rebuilt after archeological excavations.

The complex of the Pavlovac monastery consists of a church, a monastery residence, and a building that was the summer residence of the despot Stefan Lazarević. On the left side of the monastery are the remains and walls of the former monastery lodgings and other buildings.

Lake Markovac is at the foot of the Kosmaj mountain, in the village of Markovac, about 6 kilometers from the center of Mladenovac. This is one of the oldest and richest artificial, Belgrade reservoirs.

It spreads over 20 hectares with landscaped paths, promenades, and a park. The first well of hot-salt water was excavated in 1893, and even then its quality was recognized. Today’s spa consists of old and new hotels, a park, landscaped promenades with benches for rest, and its special feature is sad willows. 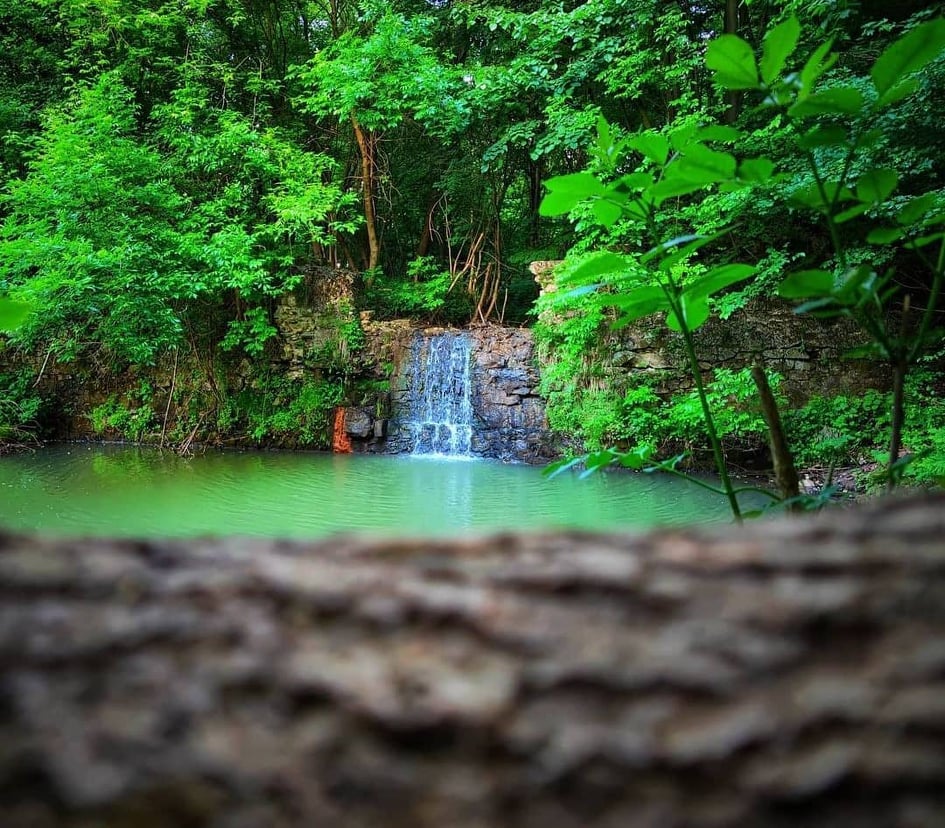 Kosmaj Mountain is definitely a place that will captivate you! It will certainly leave a good impression on you! Combine it with accessibility and a variety of historical and natural sites, and we are sure you will visit Kosmaj again.