Hotel Moskva – One of the oldest hotels in Serbia 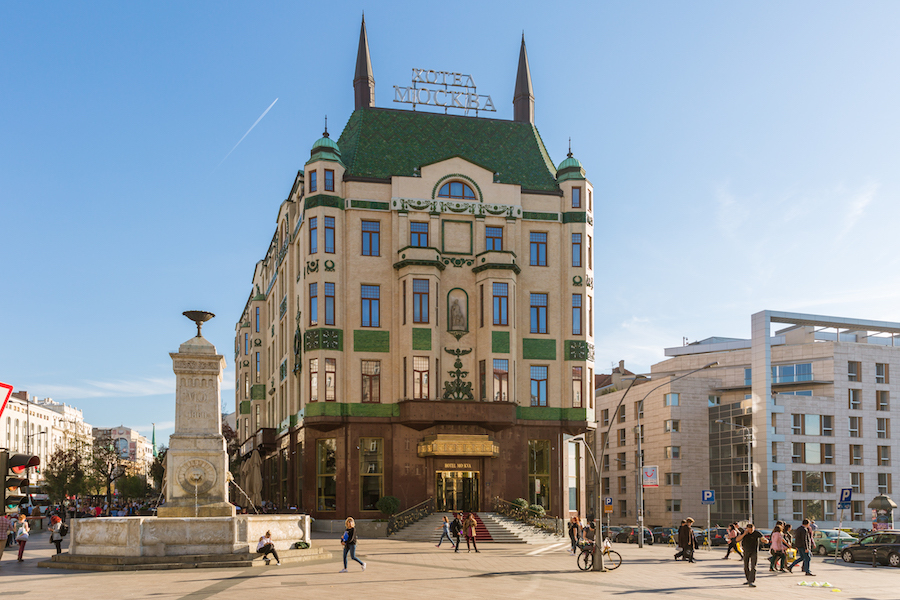 Welcome to the Hotel Moskva, a landmark of Belgrade. This is one of the most important architectural gems of the Serbian capital, built in the style of the Russian Secession. King Peter I Karadjordjevic opened this magnificent building in 1908. Since then this hotel visited over 45 million people. Just imagine how many more there will be.

Hotel Moskva is located at the Terazije square, in the very heart of Belgrade. It has been under state protection since the second half of the previous century.  The hotel is within a pedestrian distance to all historical and cultural sights. It is only a few minutes away from the bus and train stations, and 18 km away from the airport. Because of its location and appearance itself, it is a favorite of many.

For 113 years, this impressive building has been one of the main landmarks and symbols of Belgrade. Not only that. It is also a meeting place and lodging for artists and politicians. The ordinary and business world. Kings and presidents. It is the only hotel in Belgrade that has no room or apartment number 13. 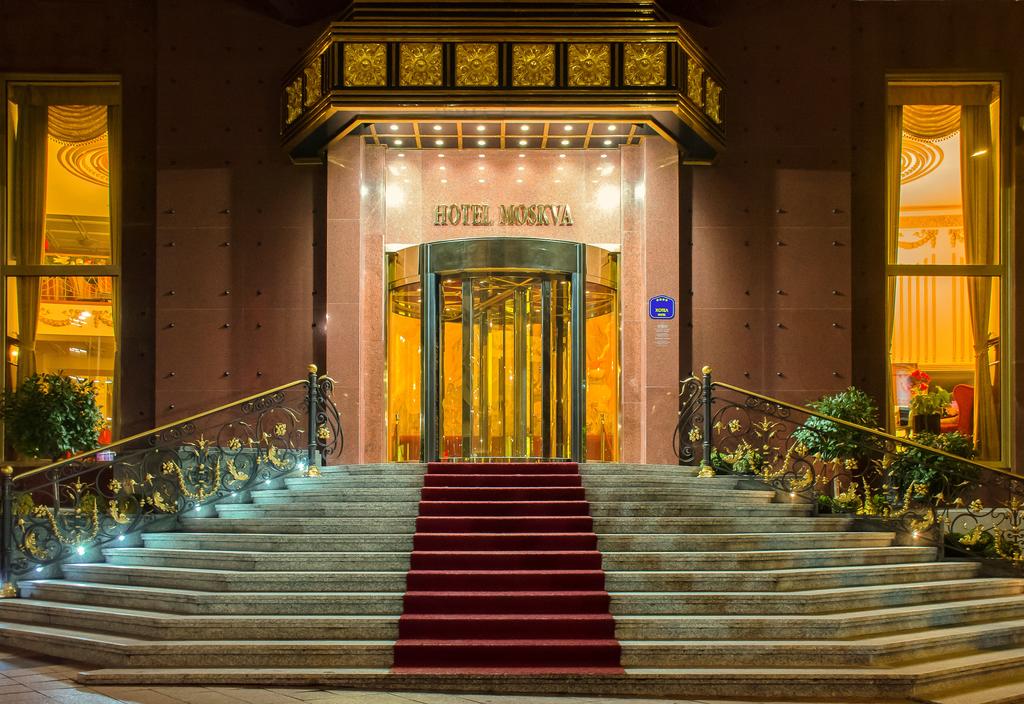 The history of Hotel Moskva

Hotel Moskva was built on the site of the former cafe Greater Serbia. The hotel primarily operated as a building of the Palace of Russia, with 36 rooms. After almost three years of construction, the hotel was opened in 1908 and was a major investment of the Russian Empire and the Kingdom of Serbia. The construction cost around two million gold dinars at that time. Over time, the Hotel Moskva expanded its capacity and occupied the entire palace.

During all these years, many people have passed through this hotel. Many of them were big names in Yugoslav and Serbian literature and culture. Our Nobel laureate Ivo Andric had his own table here. He constantly drank the same thing: mild Turkish coffee with a cube of ratluk. When he won the Nobel Prize, Andric became very popular. So, in order to escape from prying eyes, he switched to a table in the restaurant gallery.

However, what the hotel can boast of is a large number of world-famous names, some of which are Thomas Edison, Albert Einstein, Nikola Tesla, Roman Polanski, Alfred Hitchcock, Woody Allen, Muammar el Gaddafi, Richard Nixon, and many others. 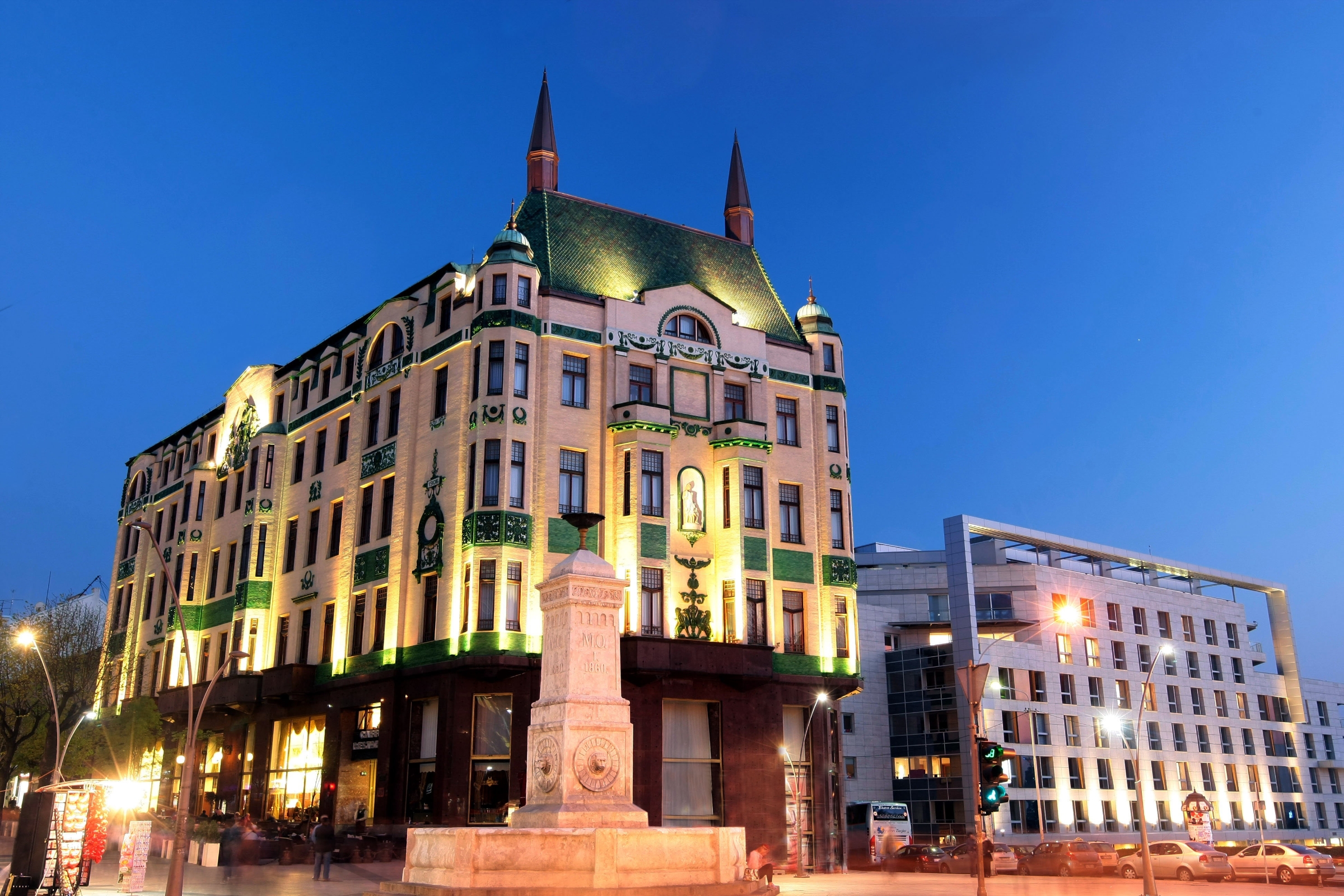 Today Hotel Moskva continues to attract and amaze not only foreign guests but its own Belgraders too. It is a top one meeting point. It is no wonder, though, because it is still fascinating.

Amaze your senses and enjoy your meal

There are many facilities in Hotel Moskva. They include free use of the capacity of Eva SPA center (except treatment), gym, laundry and ironing, limo service, cafeteria, restaurant, room service, pastry shop, catering…What is certain is that impeccable service and friendly staff are always waiting for you.

If you want to try out some of Belgrade’s finest specialties, visit the hotel’s restaurant. The Tchaikovsky Restaurant is an elegant gourmet restaurant that combines traditional and modern with comfort. It has 128 seats inside and 72 seats outside. The service is perfect, the chef and culinary team are creative, and a wine cellar guarantees the best catering experience in Belgrade. Also, the food is amazing! Do not hesitate to try as much as you can.

On the other hand, there is a cafe-confectionery Moskva. It is one of the oldest and most famous gathering places for Belgraders of all ages. Its pleasant atmosphere, old charm, and the highest catering standards provide the perfect oasis to escape from the city crowds. The most famous pastry is a delicious Moskva snit, a refreshing fruit cake with the best homemade cream that is made according to a secret recipe. 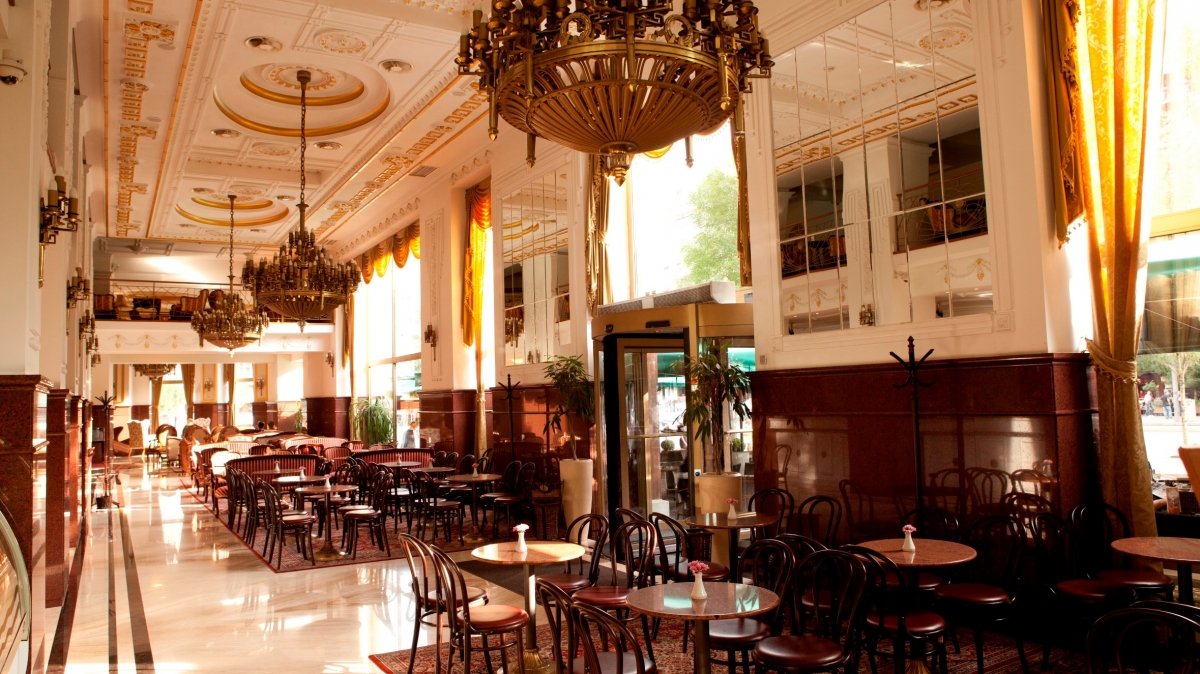 Do you need an ideal place for your conference? There is no better place than this.

What does this hotel have to offer? For starters, Hotel Moskva has four conference rooms. The capacity of conference rooms varies from 20 to 220 people. All of them have modern, first-class audio and video conferencing equipment and have wireless internet access. Additionally, qualified hotel staff will be at your disposal and will make sure that your business meetings or events are flawless. You do not have to worry about anything. Food, drinks, music…it is all taken care of.

After that, you should try to relax. There is a place for that. EVA Spa & Wellness Center provides a peaceful and intimate atmosphere. It is a combination of the recognizable rustic interior of Hotel Moskva and modern spa trends. You should try massage or sauna. It will help you to lose up and do something nice for yourself. Treatments are done with premium cosmetics. 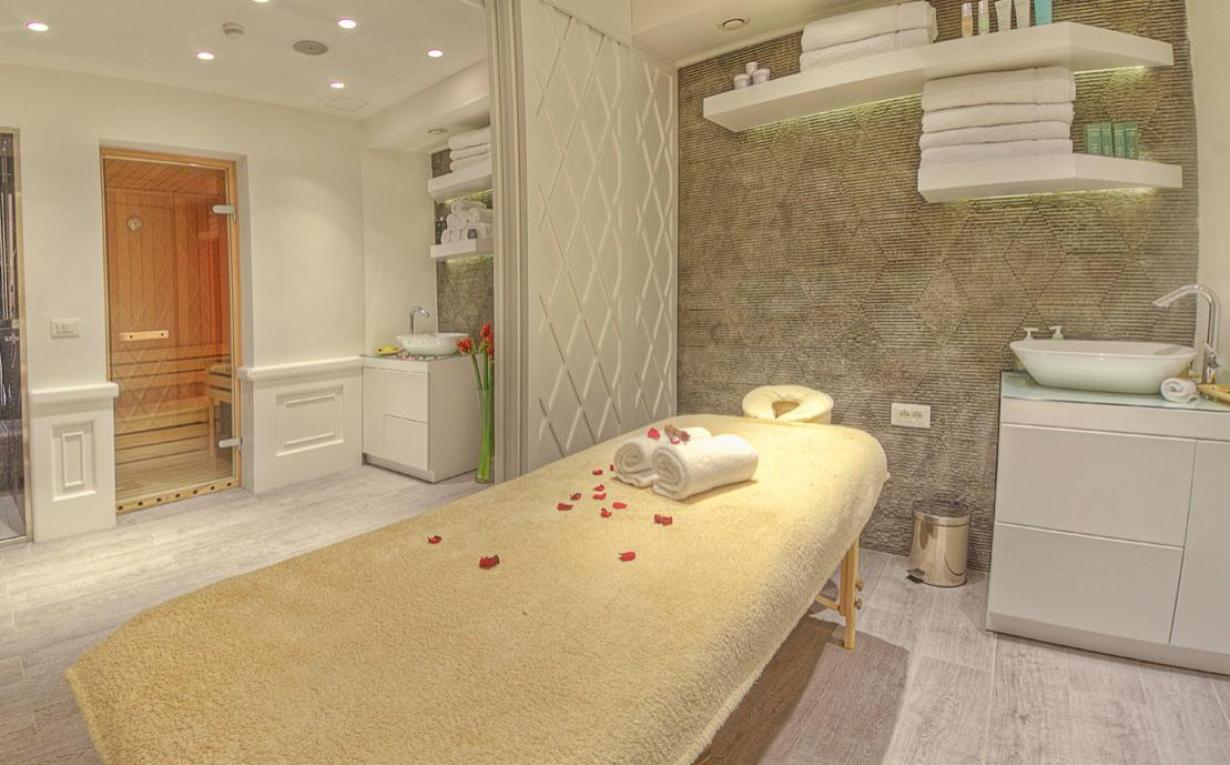 In conclusion, the hotel is close to all historical and cultural sights. Also, it has a luxury fleet and offers its guests a transfer from the airport and other desired locations. Because of all these and many other things this hotel is a favorite of many. We revealed some of them. However, it is up to you to discover why famous people choose to stay with us. Enter the luxurious world of accommodation at the Hotel Moskva. You will enjoy it, for sure.