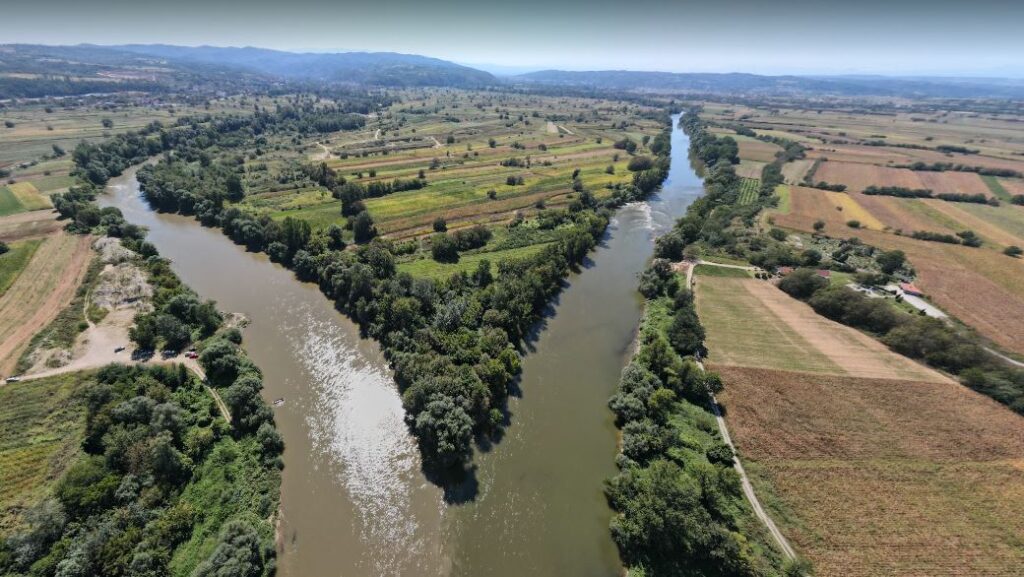 The river system of Great Morava is the biggest in Serbia. This famous river begins at the confluence of the South Morava and the West Morava. Great Morava (in Serbian: Velika Morava) is 185km long, from it’s beginning at village Stalać until its confluence with the Danube. The biggest city in the vicinity of Great Morava is Ćuprija. Other cities nearby are Paraćin, Jagodina, Svilajnac, Velika Plana, Požarevac, and Smederevo.

Great Morava, with its tributaries, is quite an unpredictable river. It has many meanders and it used to change its course over time, eroding the nearby land. Throughout history, the flow of the Great Morava and other rivers of the system had to be controlled by different engineering work. The length of the river is actually shortened, and several small lakes and reserves were made in an attempt to control its flow. Floodings used to be very common and they happen today as well. That why Great Morava does not exactly flow through the center of any major city.

This river is not navigable (except on very short routes), so it is not possible to sail on it. Do not attempt to do it yourself. If you really want to experience the river from the boat, let us know so we can arrange it with a reputable local tourist agency. 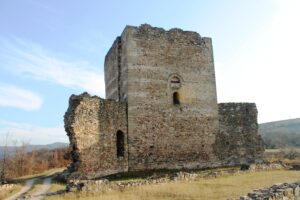 Even in the Roman period, the Great Morava was an important river. They called it Margus. Later in the Medieval period, an important principality – Moravian Serbia, was created. It spread over the valley of three Morava rivers. Even though it existed only from 1371. until 1402, it carries significant historical importance and many places of Serbian heritage are located in this region. That’s why this area is rich in medieval monuments, such as monasteries.

Village Stalać, the formation point of the river, is also home to Stalać Fortress (14th century). It used to be a strategically important city, exactly between South and West Morava, overlooking their confluence.

The biggest city in the area of Great Morava, Ćuprija, used to be a Roman city, Horreum Margi. The north-eastern tower of the city is still in good condition. In the city museum “Horreum Margi” you can learn more about the history of this mysterious city and see the rich archeological collection. The museum also has an ethnographic and historical section, as well as an art collection. The present-day name comes from the Turkish word köprü – bridge. While you are there, take a stroll along the river in Moravian park.  You will be able to see a bridge, which is around 100 years old.

Monastery Ravanica is only 11 km away from Ćuprija. Built-in 1375–1377 as an endowment of Prince Lazar of Serbia, who was a de-facto ruler of Moravian Serbia. Its architectural style – Morava School – became a standard for other monasteries of that time. If you come here, you will be able to admire the frescos as well. Since 1979, Ravanica is a Monument of Culture of Exceptional Importance. The monastery area is fortified, and the main church is dedicated to the Ascension of Jesus.

Road and rail network connects cities in Morava valley with Belgrade and other Serbian cities. It is easy to take a bus or a train to any of them. However, we recommend getting there by car,  as it will give you more freedom. You will also be able to visit some places which are not on the public transport route, such as Ravanica, and the exact confluence of West and South Morava. In fact, most of the cities are on the E75 highway, so the ride will be smooth and you will arrive quickly to your destination.

Now is a low-season, which means that those places are not full of visitors as they are in summer. Hence, it is easier to follow the social distancing protocols and other measures against the spread of COVID. In nature and outdoors, the risk is of course lower. More Than Belgrade team encourages you to follow the general preventive measures for your own safety and the safety of your families. We are confident that soon, we will get through this together, and we are looking forward to showing you our beautiful country.