FROM STADIUM TO KALEMEGDAN This is how FC Read Star (Crvena Zvezda) celebrated the title! 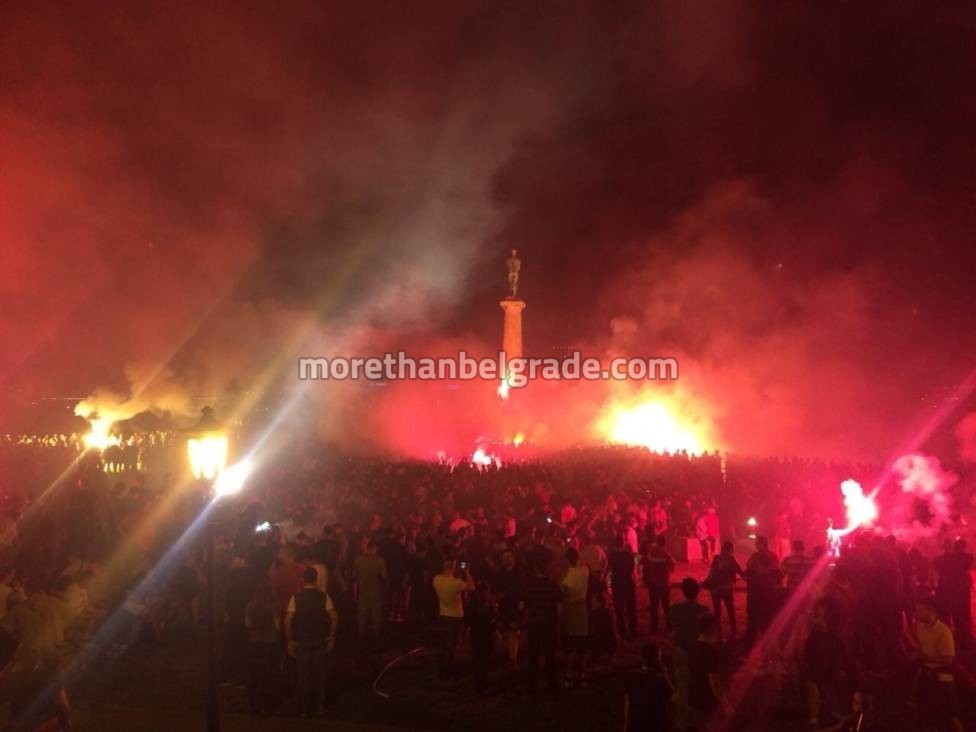 In the last round of the play-off of Superleague,  Red Star won over Vozdovac  5: 1 in the final round and in that way,  celebrated the convincing triumph and the 28th title. 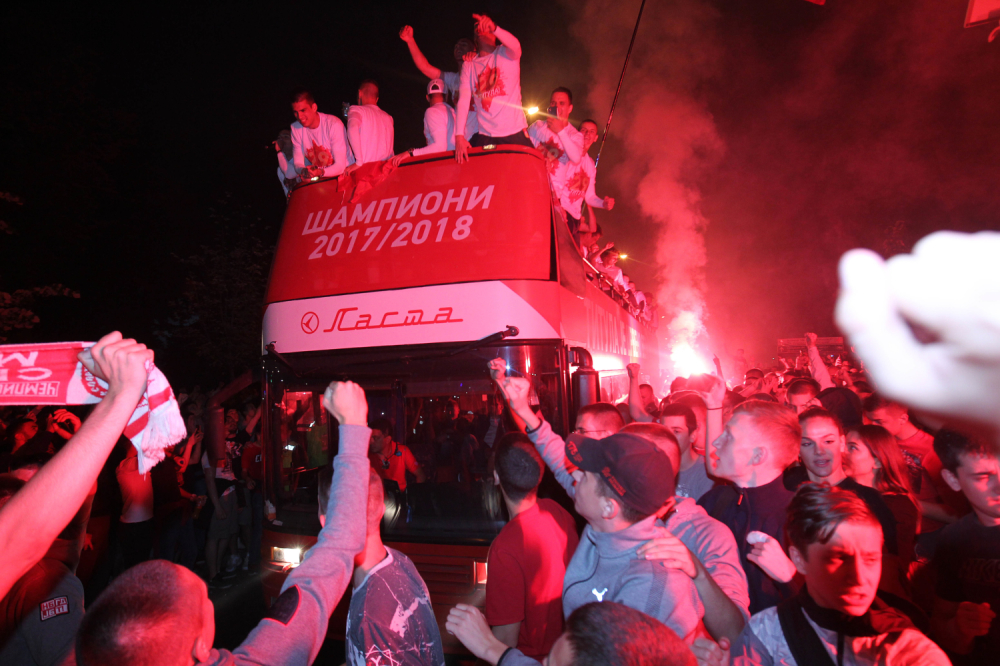 In any case, 35,000 spectators at the “Rajko Mitić” stadium welcomed the new champions who did not hesitate to celebrate the Cup conquest in a cheerful rhythm and mood in the field. 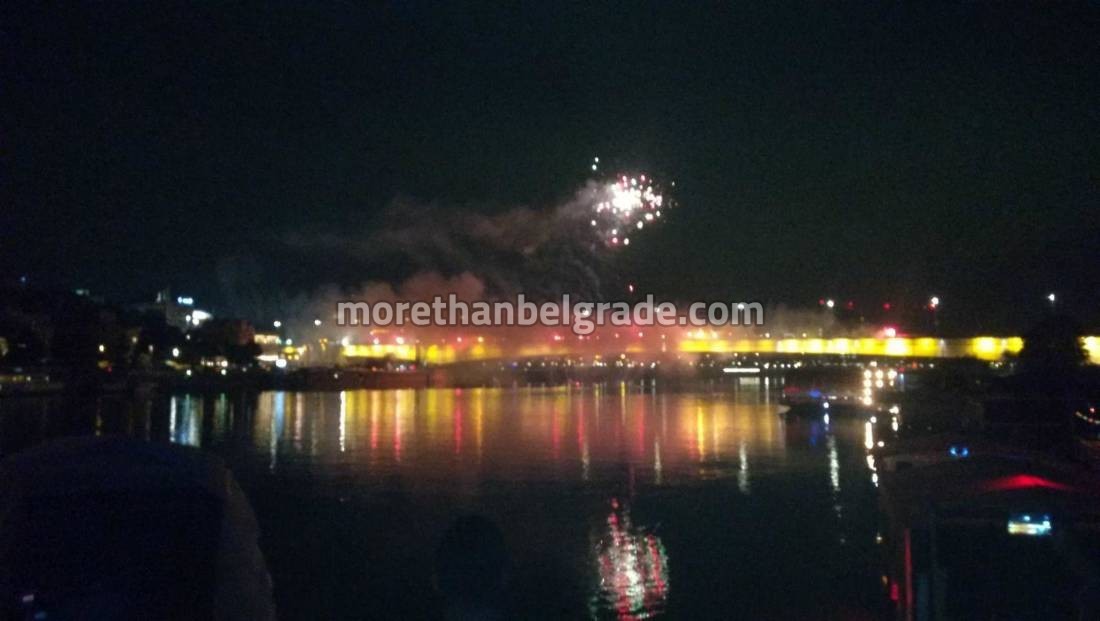 Later they traveled towards Slavia and Kalemegdan, but.. they went downhill in a way that one torch burned down the bus and they had to jump out of it so as not to get hurt! 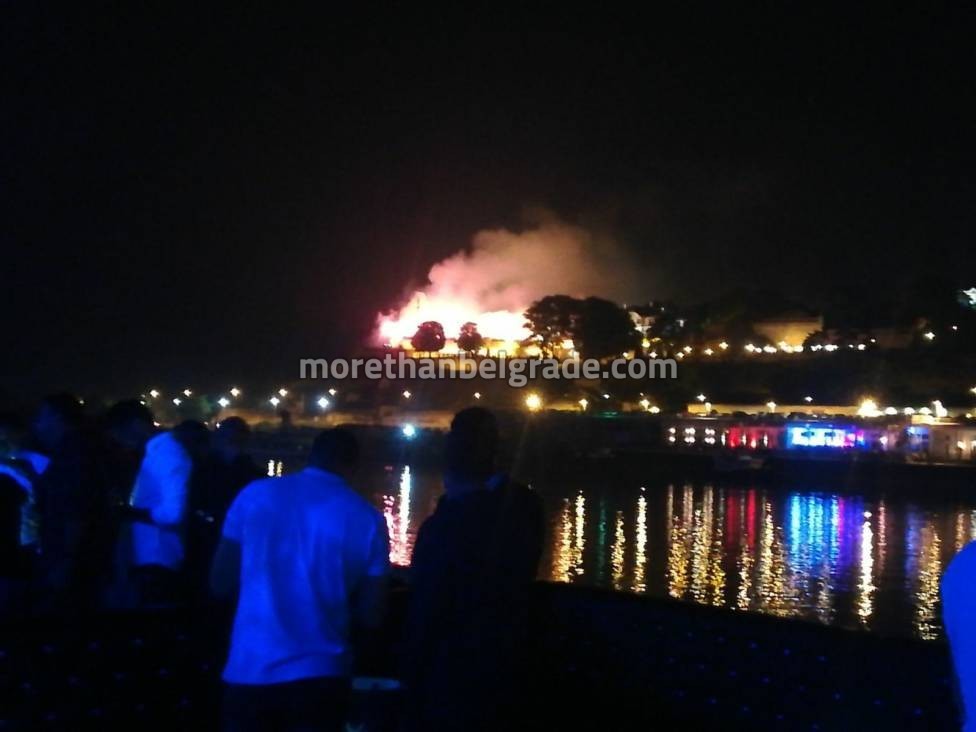 After the celebration at the stadium, before and after the victory over Vozdovac (5: 1), Red Star players in the open tourist bus went out on the streets of Belgrade where they celebrated with the fans the well-known songs … 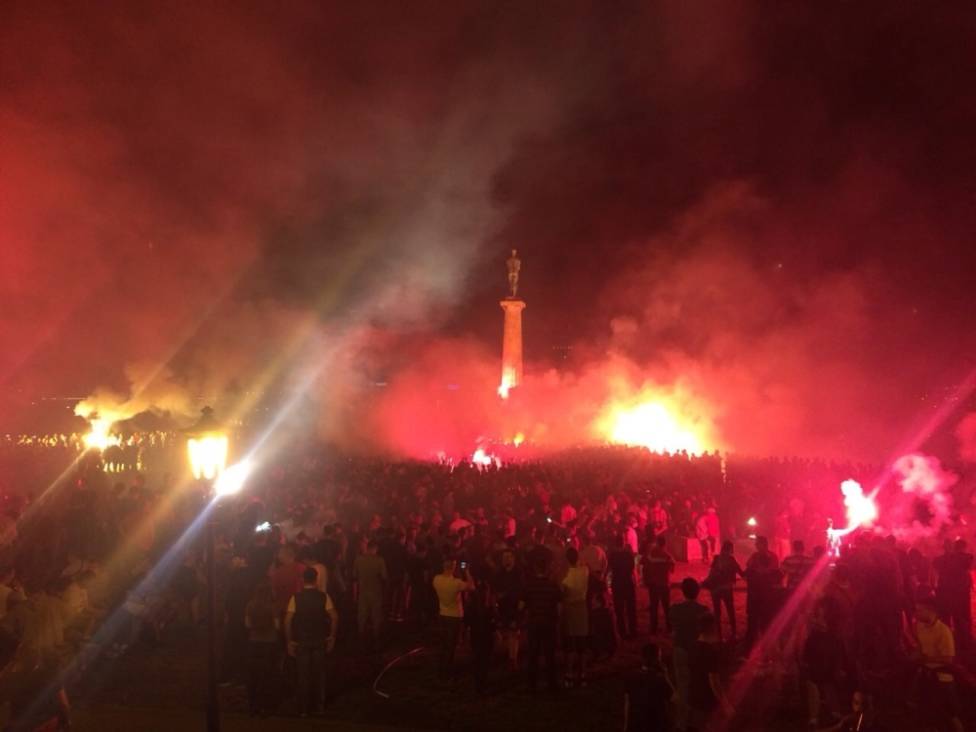 A champions bus ride to the St. Sava Temple, accompanied by fans, was interrupted when a fire broke out, unofficially because of torches that the players were igniting!

The bus lit between the circular stream at Autokomanda and intersection to South Boulevard.
Unofficially, the reason for the fire in the “open” bus with Red Star players who celebrated the title on the streets of Belgrade is pyrotechnics.
All Red Star players abandoned the bus in time and walked to the stadium, while the fans continued to the Temple ..

The festival began at the ‘Marakana’, than through Knez Mihailova street, and Kalemegdan was bright as if it was a day when the fans of the Red Star celebrated the title of the champions of Serbia. 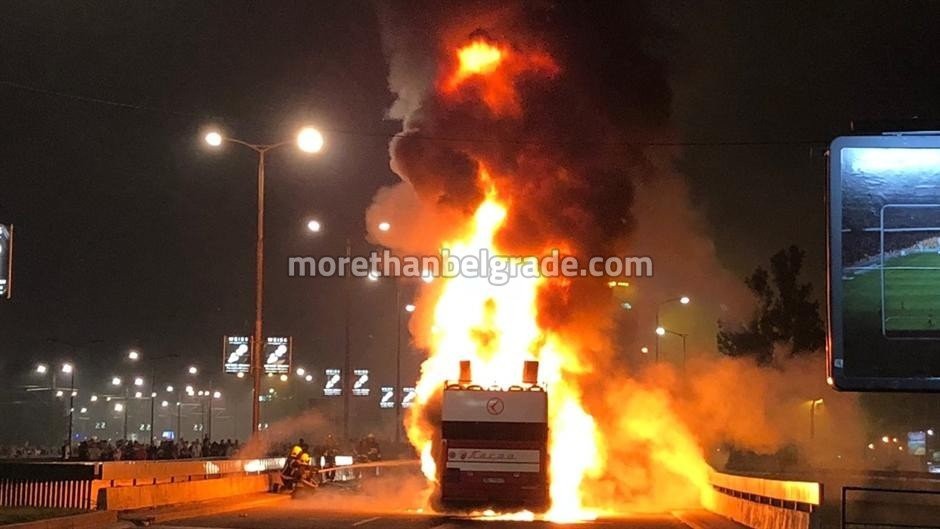 Thousands of people headed for the center of Belgrade, where a large number of foreign tourists and Turkish fans were present for the past two days.
Kalemegdan, because of the torches..  was all bright as it was day. 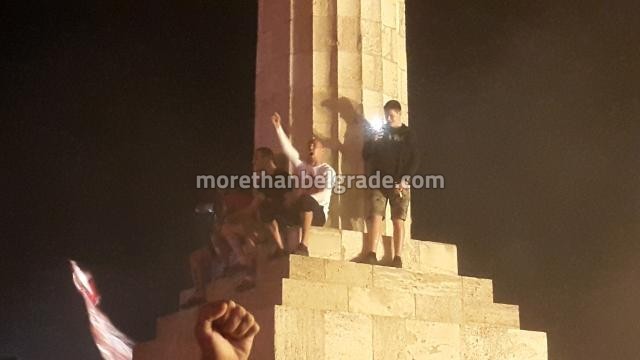 The group from the plateau at the Kalemegdan monument began to disperse about one hour after midnight and continued to party and celebrate at some of our famous nightclubs! 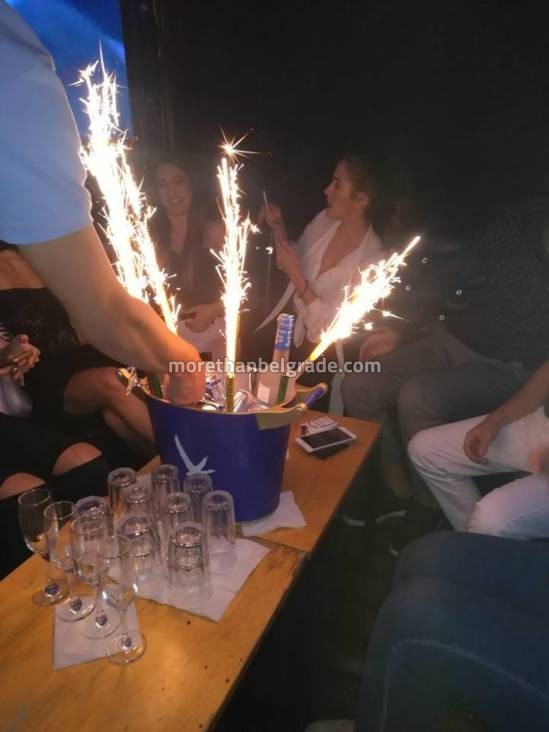