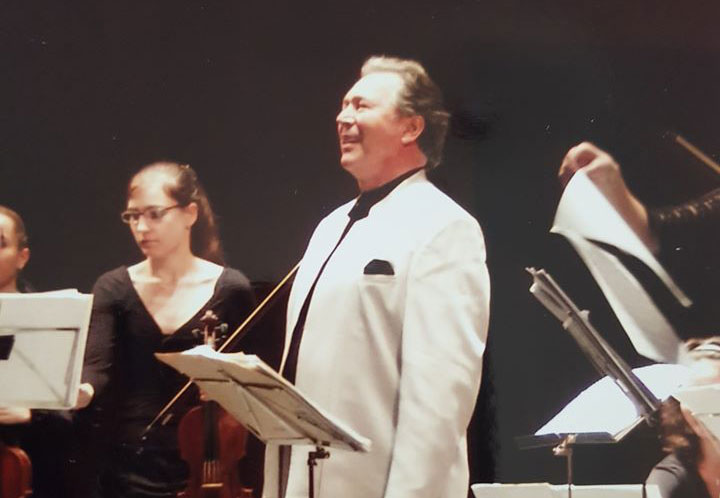 Diana and Boris Martinovich are coming to Belgrade, Nis, Subotica, and Novi Sad this Spring

Diana Martinovich, a Soprano with an international career, along with her husband, famous American-Croatian artist Boris Martinovich followed on piano by Kosta Jevtic will hold 5 free recitals during March, April and May. On their schedule are two performances in Belgrade on March 6th in the City Hall and March 30th in Italian Institute of Culture. Followed by recitals in City Hall in Nis on April 13th and City Hall in Subotica on May 9th. Closing performance will be held in Novi Sad City Hall on May 23rd. 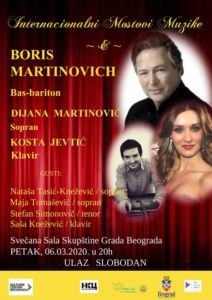 These concerts are organized by “International musical bridges – Music connects when everything else separates” project initiated by muzical association “Allegro NB” from Belgrade with the support of Croatian Embassy in Serbia and City Councils of host cities and their centers for culture.

Each concert will feature several local opera singers as guest performers. For them this will be a unique opportunity to perform, meet, get advice and exchange ideas with one of world renown opera great such as Boris Martinovich. In the program are among others also songs by famous Serbian composers such as: Petar Konjovic, Stanislav Binicki, Stevan Hristic, Konstantin Babic, Milan Prebanda, as well as Croatian authors Dora Pejacevic, Ivan Zajc, Josip Hatze, and Jakov Gotovac.

Musical events such as this will be for the first time organized in our country.  This project is a contribution to popularization of democratic values, and peace on Balkan region. A step toward promoting cosmopolitan values through music. In the second half of the year these concerts will be organized in Croatia as well.