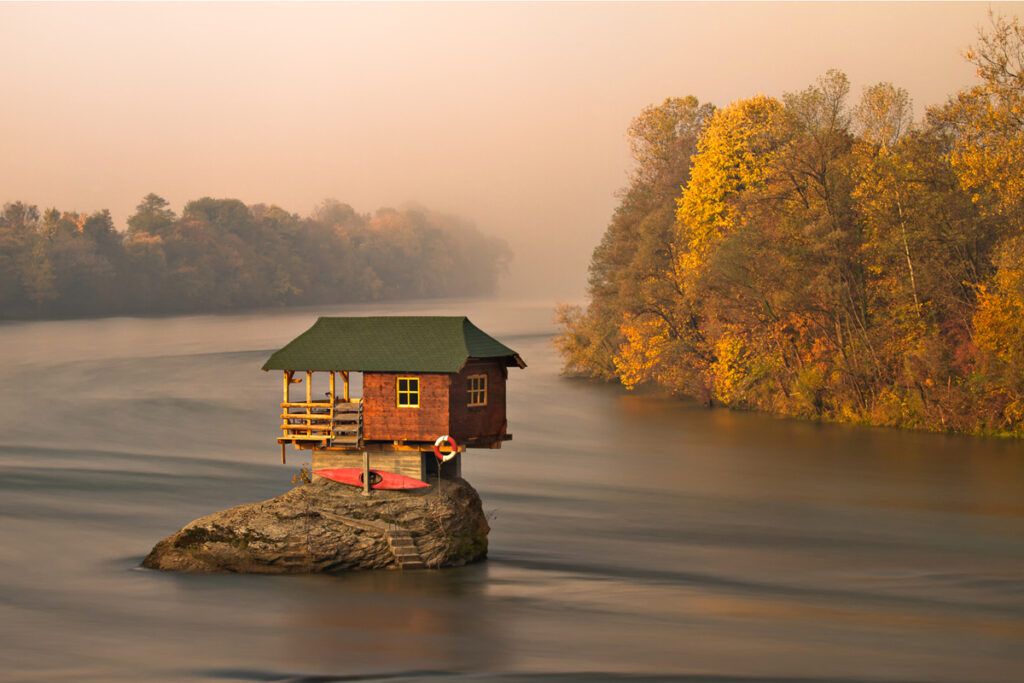 If you are wondering, what is it that makes tourists visit Bajina Basta, the answer is simple. Drina River house! This house, although in a very unusual place, fits quite well into the natural environment. It is one of the rare oases of nature in this part of the world. Therefore it attracts the attention of tourists.  This is a story about that house, about its origin, about the beautiful moments spent in it. However, it is also about the constant and persistent struggle to keep this symbol of western Serbia and save it from the timid Drina.

Bajina Basta, a magically beautiful city, is one of the most beautiful cities in the world. It is located in a beautiful place, on the banks of the clear river Drina, and at the foot of the mountain beauty Tara. Many tourists and occasional travelers have come and are coming to enjoy the beauties that this town, in its beautiful surroundings, selflessly provides. 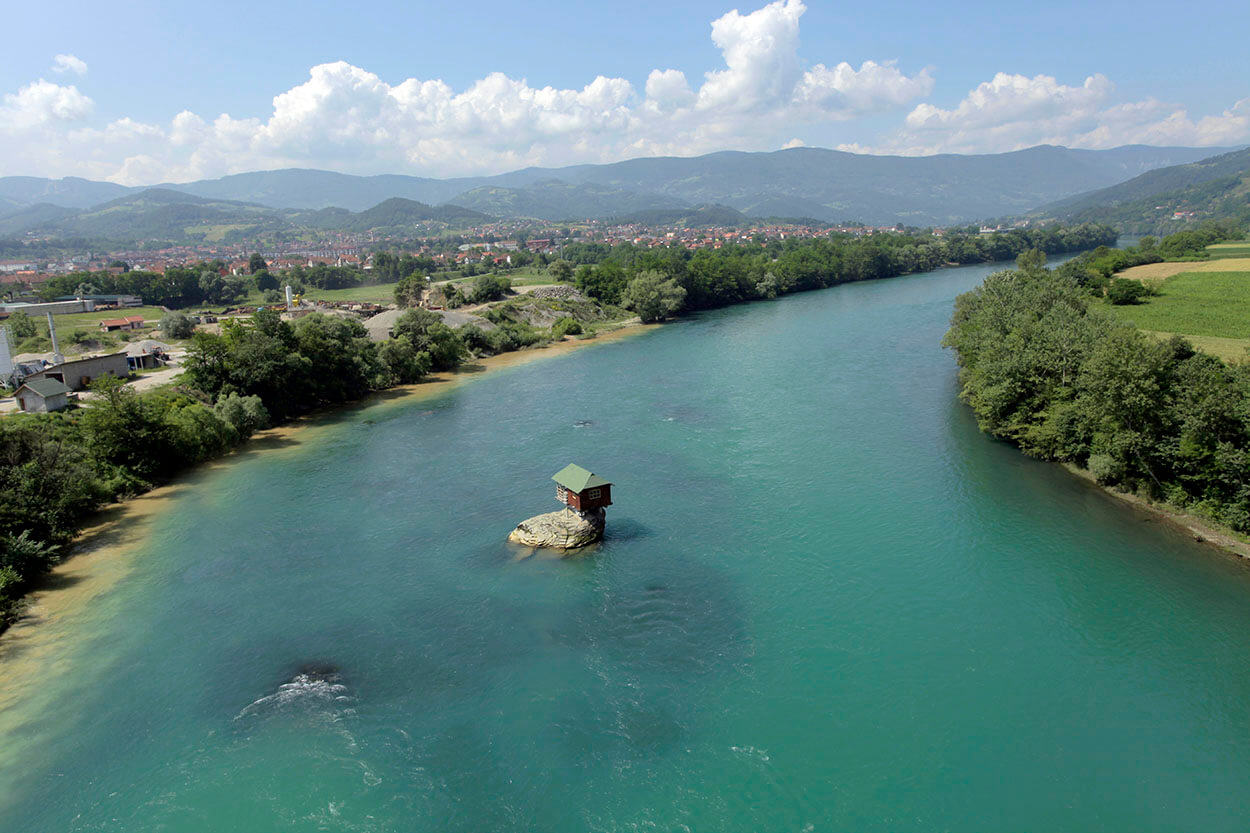 How it all began?

It all began in the summer of 1968. Several swimmers came up with the idea to build this house because they needed a place to rest. They chose one rock from which they jumped into the water. As time passed, they decided to make this place more comfortable for themselves to stay in. That is why they put various things on top of the rock that allowed them greater comfort, such as wood and other building materials.

Since they had to somehow protect themselves from the sun, they started making something that looked like a roof. Then they decided to turn an improvised hut into a real one-bedroom apartment that would withstand natural disasters for a while. However, they did not even think that the house would be in the same place after almost half a century.

The problem was how to transport the material to the middle of the river due to the strong water current of Drina. The material was transported to the rock by boats and kayaks. Larger pieces were dropped into the water several kilometers upstream, and then they were caught, pulled out of the water, and brought to the rock. Pretty clever, right? 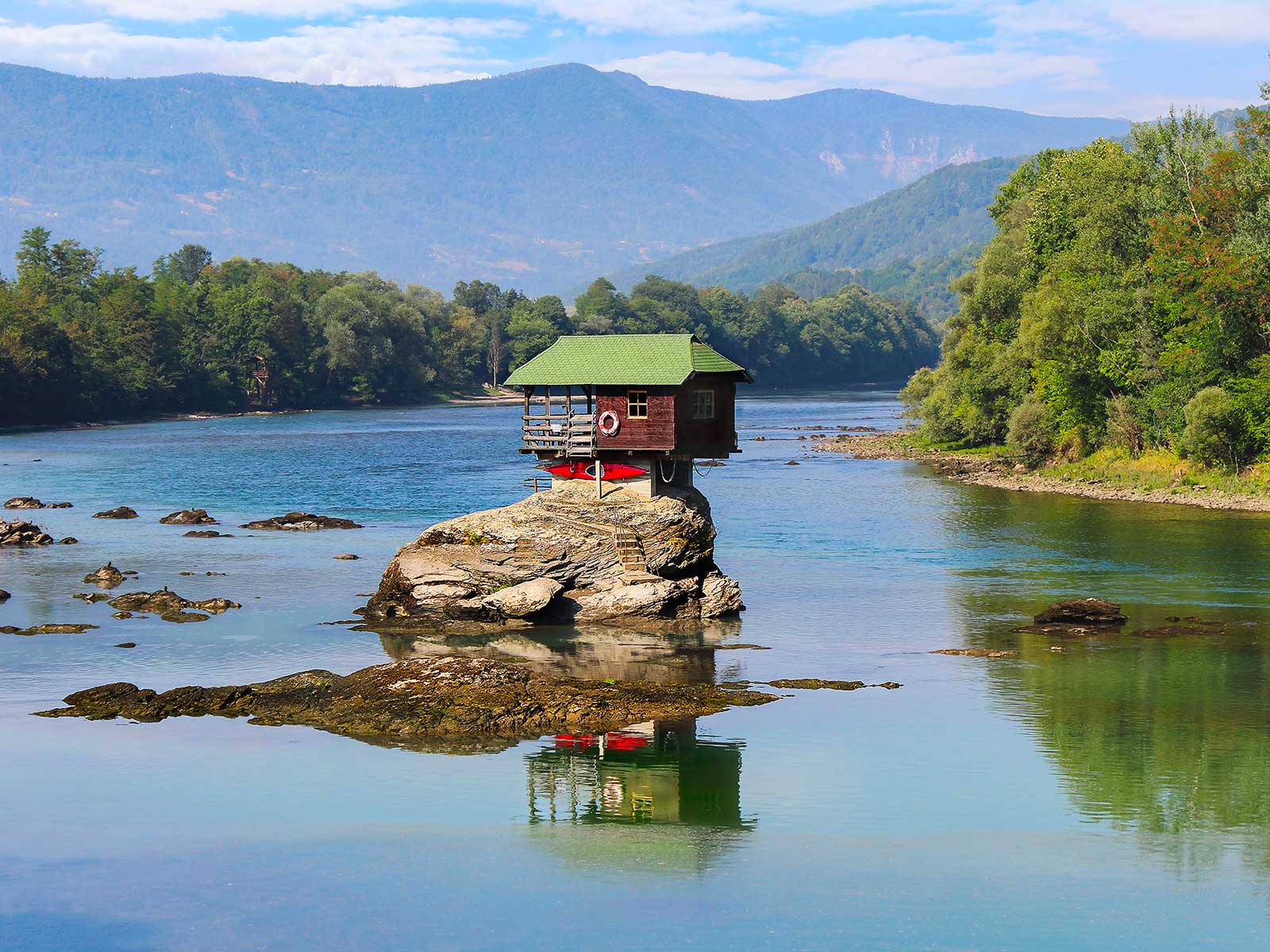 Since 2011, the Drina River house stands as a recognizable symbol of Bajina Basta.

The magazine National Geography dedicated one issue to it. The photo of it was a photo of the month of August 2012 in one of their competitions. He thus caused great world attention. On 9 March 2013, the English Daily Mail dedicated an article to it, wondering how many years it has resisted wildlife. 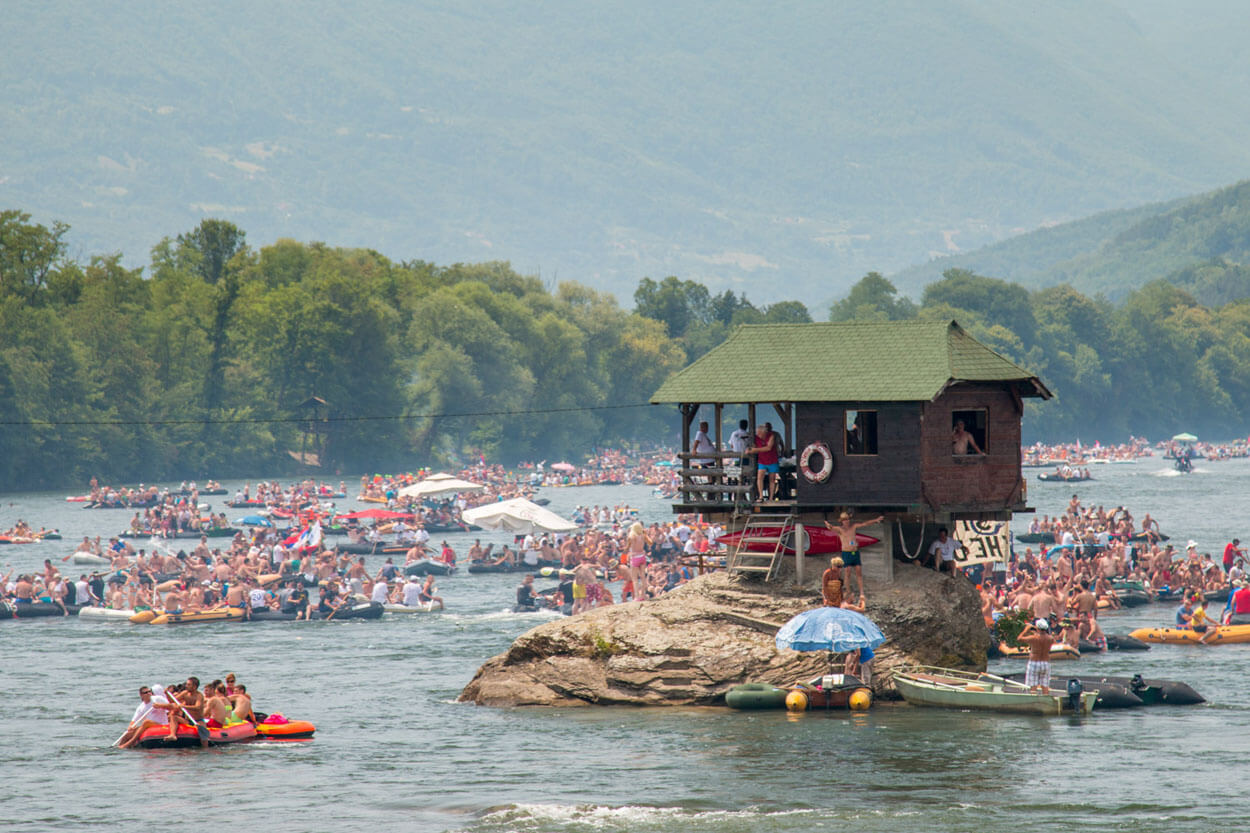