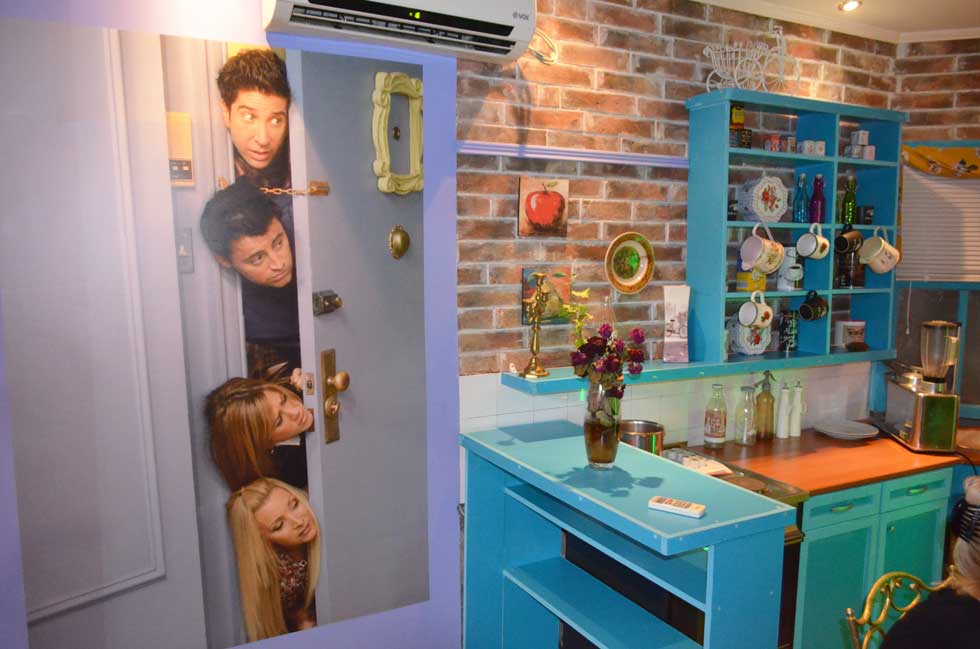 Fans of “Friends”, just for you, we have a special surprise! You can visit the Central Perk cafe in the Serbian city of Zrenjanin! That’s right – just for one day, you can be your favorite character! Funny like Joey or eccentric like Phoebe – here you can be anyone you want! It is the most authentic cafe in Serbia, and people from other nearby cities are happily coming here for a drink. 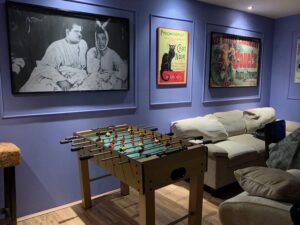 Zrenjanin is the biggest city in the Banat region. This charming city in the heart of Vojvodina, only 80 km north of Belgrade, is also a great destination for a day trip. Of course, one of the attractions of the city is definitely the Central Perk cafe. You will truly feel like you are in the “Friends” series! During the week, this is a great and cozy place for spending time with friends. And on weekends, guests can enjoy live music, performances, and other events, such as quizzes. The owner is paying great attention to the details, and he is always adding some small details and props from “Friends”. Every piece of furniture is hand-picked and reflects the atmosphere from the series. It is not a surprise that people love to take photos in Central Perk, and that this is one of the most “instagramable” places in Serbia. The favorite corner is, of course, Monica’s kitchen! So hurry up and grab your place there! 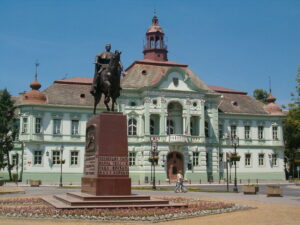 Zrenjanin and the surrounding

Zrenjanin is a very pleasant city to walk around. Its old names were Bečkerek and Petrovgrad, and in 1946 it was named Zrenjanin after national hero Žarko Zrenjanin. The famous landmarks, such as the National Museum of Zrenjanin, City Hall, Theater, and Courthouse, reflect the Austro-Hungarian architectural style. In the 18th century, it was a major trading and cultural center. River Begej flows through the city. Several present-day lakes used to be the riverbeds of Begej. Hence, Zrenjanjin is also famous for its bridges. The Dry Bridge is a real curiosity, as it is not spanning any body of water. Of course, until 1985, the bridge has a purpose because it was above the Begej river, but as the river changed its direction, the bridge is now just an interesting attraction.

Zrenjanin is a multiethnic and multiconfessional city, so you will be able to see not just Orthodox and Catholic Churches around the city, but Reformed Church and Evangelist Church as well. Gastronomic offer reflects diversity as well, so we recommend you to have lunch in one of its traditional restaurants.

Just 20 km away from the center of Zrenjanin, where Begej flows into the famous river Tisa (Hungarian: Tisza), is Special Nature Reserve Carska Bara. The name roughly translates to the Imperial Pond, and this is the largest bog in Serbia. Moreover, it is the Ramsar site, which means that it is a wetland site of international importance, protected under the Ramsar Convention. The area consists of many rivers, canals, lakes, and ponds, and it is rich in fauna and flora.

There are two stories about the origin of the name. Some historians believe that powerful Attila the Hun is buried with his treasure under a diverted section of the river Tisa. It might even be the location of this bog, and in his honor, people started calling it Imperial. And other sources state that the area was a popular hunting place of Austro-Hungarian royals, hence the name. In any case, both legends are interesting and we believe that this area really deserves its name.

The best attraction of Carska Bara is its boat cruise. We can surely organize an excursion just for you or your group, and we will take you to Zrenjanin, Central Perk cafe, and Carska Bara, with optional services according to your needs. Zrenjanin is a city with a large number of cultural manifestations. Once the COVID pandemic is over, we will happily take you to some of those. Until then, stay safe and stay tuned!