Budva Montenegro…it is a place to be in the summer! 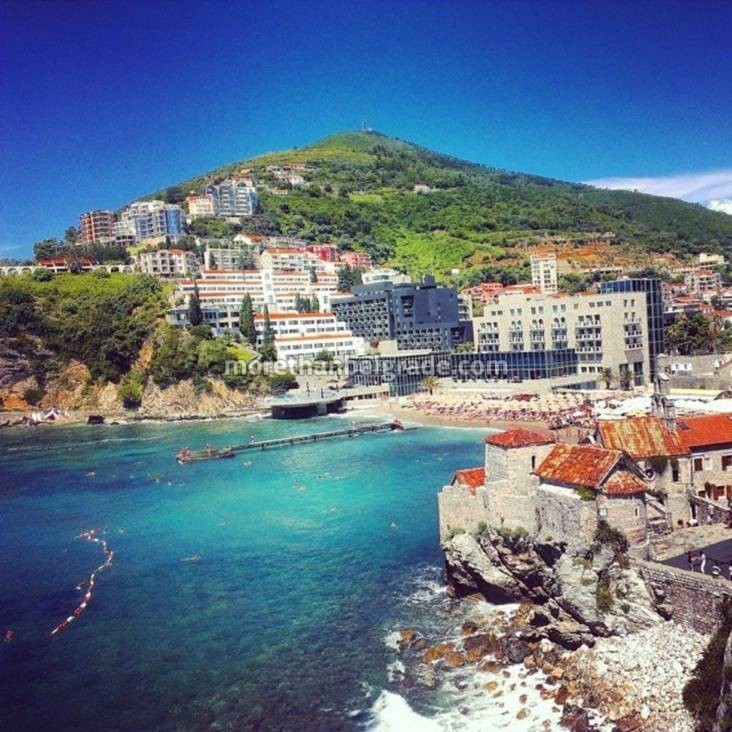 If you did not know, Budva is one of the oldest permanent settlements on the entire Adriatic. History says that Budva is over 3500 years old. 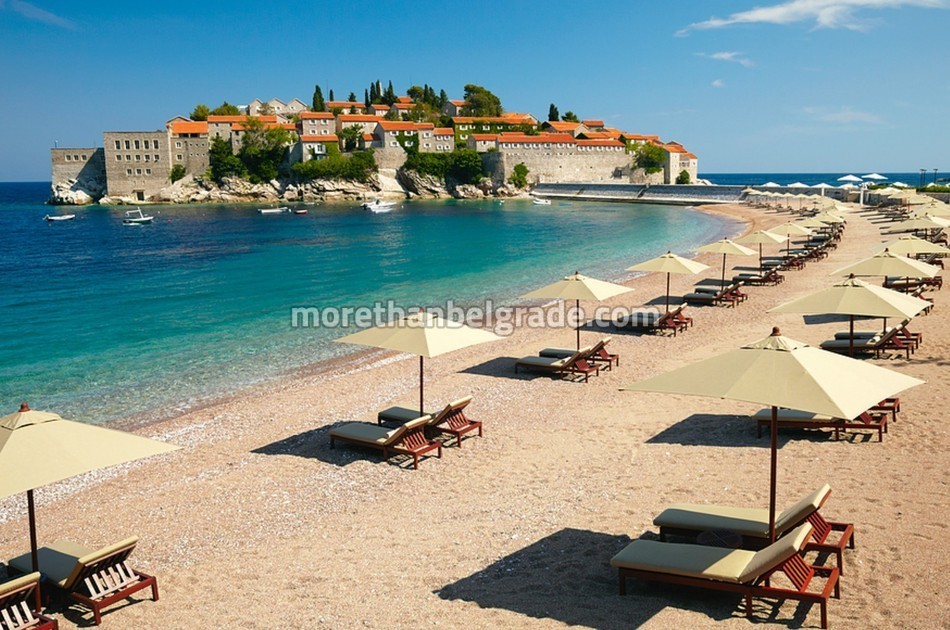 When should we come to Budva? Our recommendation – ahead of the end of the tourist season. Why then? Because you will be able to breathe full of lungs, you will even feel the smell of that particular kind of pine with bright green needles that it has in the vicinity of the beach itself and on the walkway. 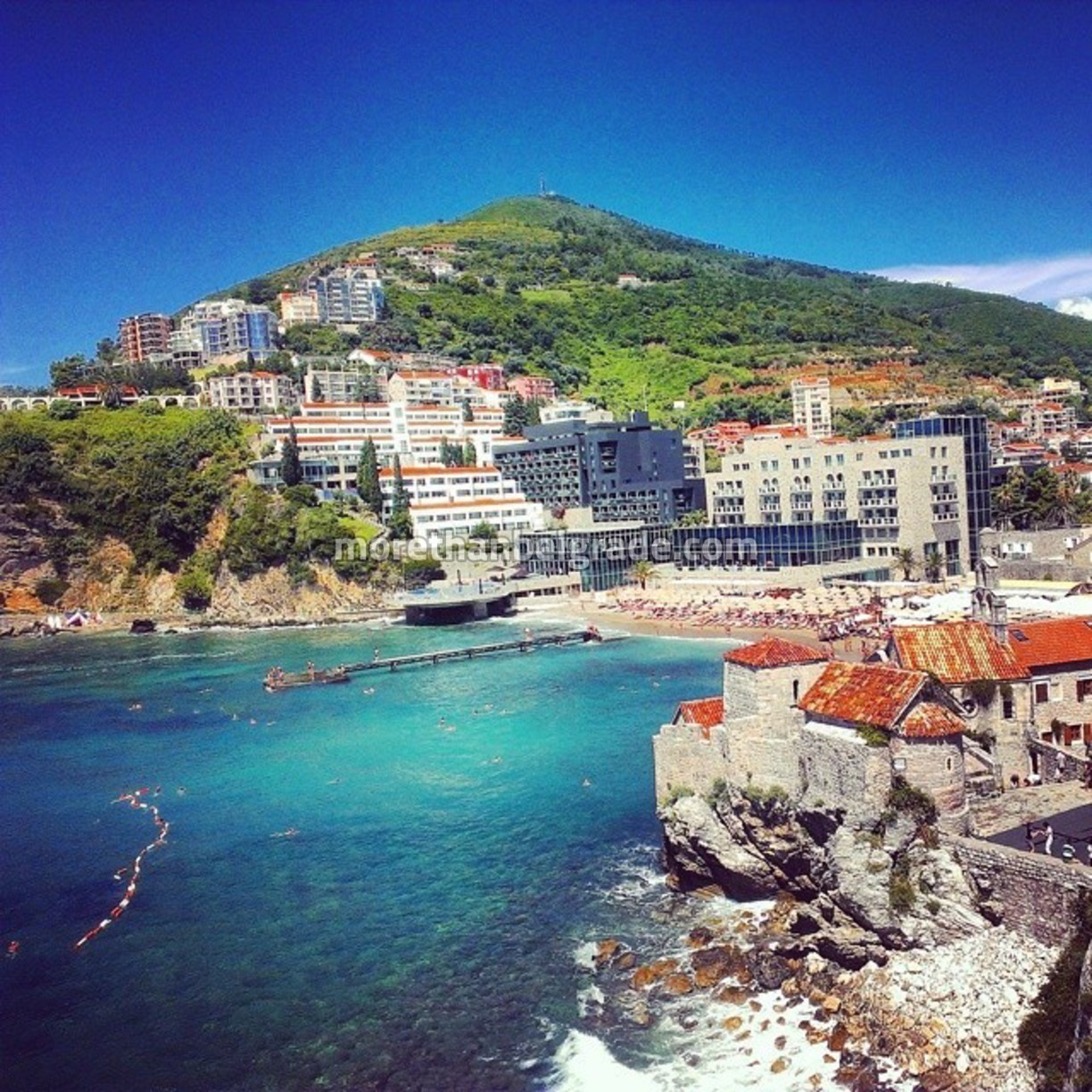 So, you hear the sea … but you see it … there is no crowd on the beach, free deckchairs and parasols are over. They are being paid, but in most places at half price than the one in the season, and somewhere they will let you go for free too. Shower is not charged. On some beaches there is a toilet, if not – there are enough.. space.. in the park next to the beach. 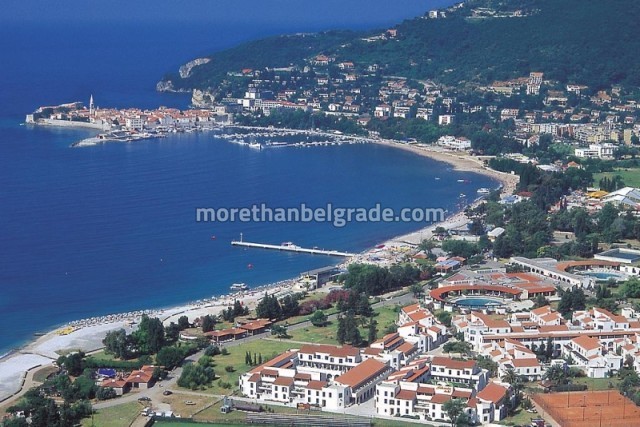 There are still two or three taverns on the beach not far from the Old Town … tables are on both sides of the promenades, but they are more attractive on the beach … karated men, flashing light candles and waiters dressed as naval officers
On the menu, Mediterranean cuisine … fish, shellfish, risotto with sea fruits..cruzmarin, olive oil, garlic..vino. Unfortunately, rarely where fresh fish can be found, it is mostly imported and frozen, but nothing less tastefully prepared … and most importantly – lightly for the stomach … 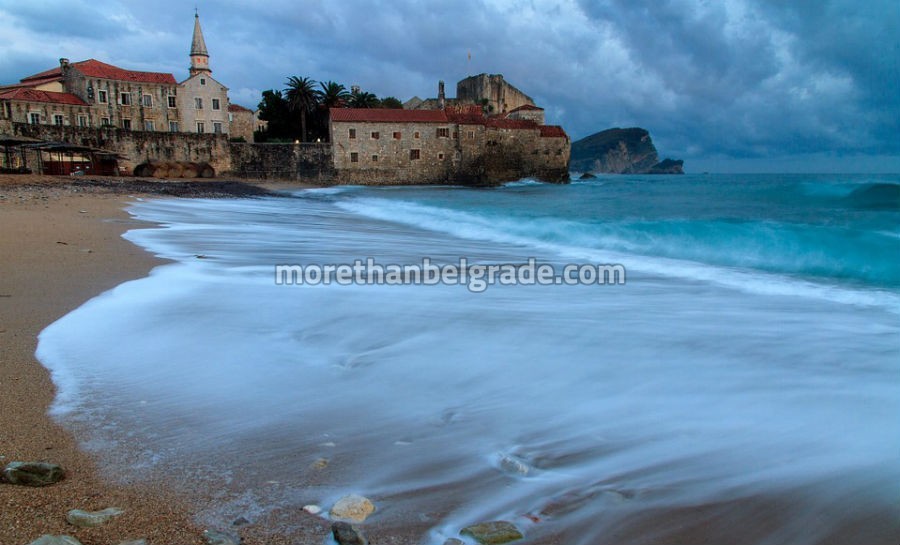 it is not bad to walk to Budva’s marina. Yachts are anchored in a rising order from smaller and cheaper to the last, the largest in connection with three decks and a small helicopter. Everything is mostly closed and the owners left who knows where you can take pictures to the mild will and you are imagining that you are the shipowner. Nice feeling … not that it was not … 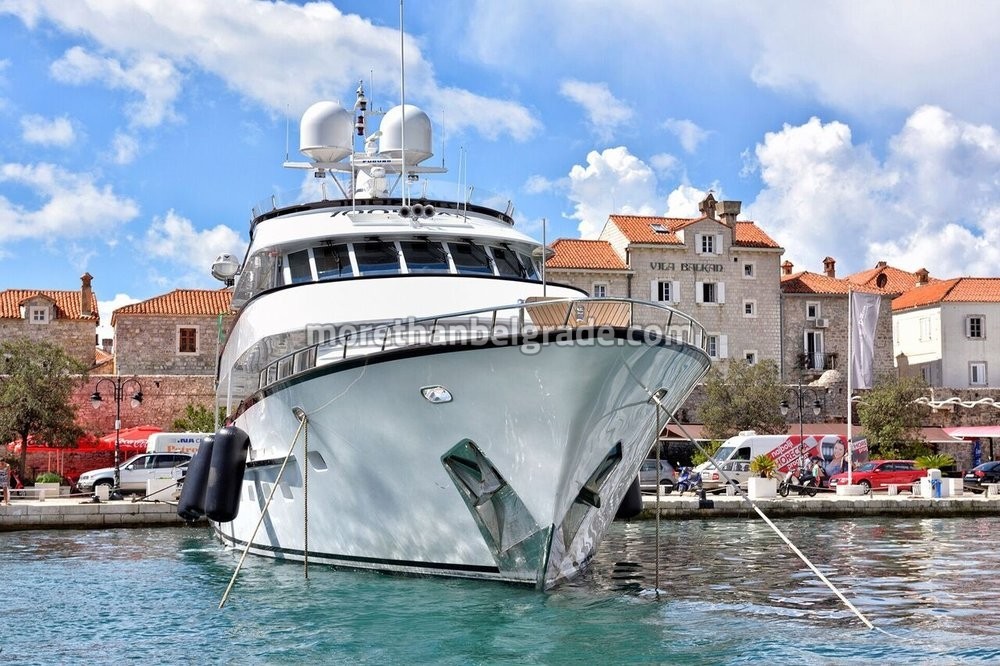 There is also the latest attraction – seafront sightseeing from tourist submarines. The two “Red October” are in fact ordinary boats with windows underwater, but they look like real submarines. They do not rush, they’re floating on the surface, and you’re looking at the underwater world. At the ticket office. Japanese tourists do not miss such attractions.