Belgrade Waterfront, a new center of Belgrade is on the way!

This year construction of four more buildings within “Belgrade on the Water” will start.
There are six active objects that are working. The two towers to be completed in a month, a month and a half will be available for moving into. 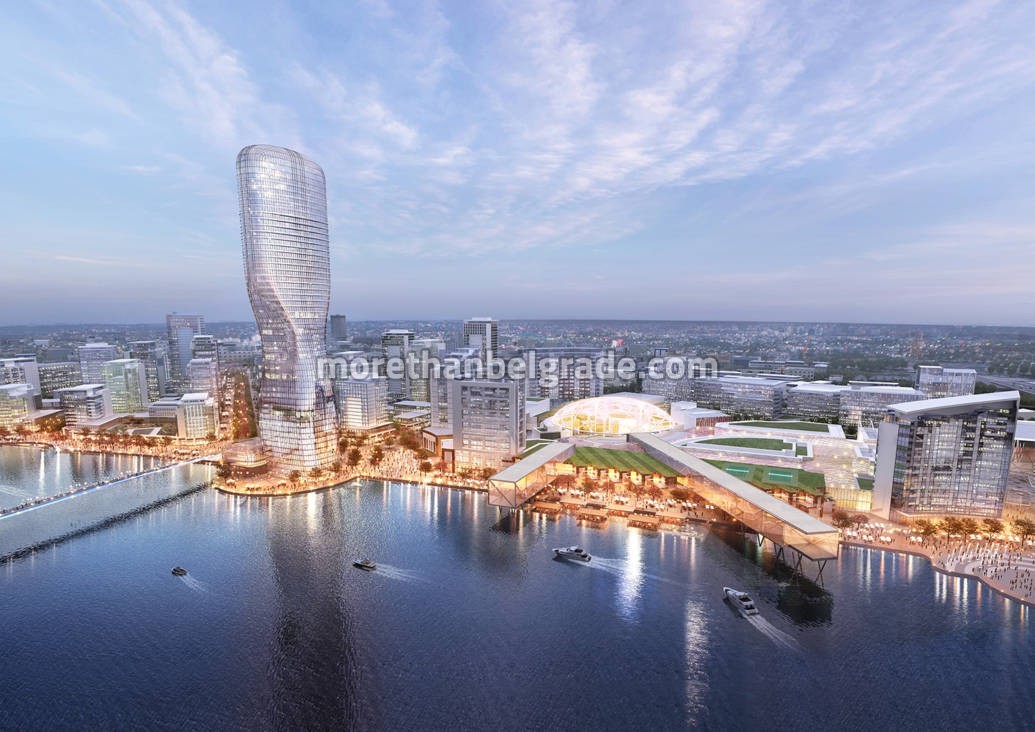 Large traffic and infrastructure projects are taking place as a result of the work of Belgrade on the water. 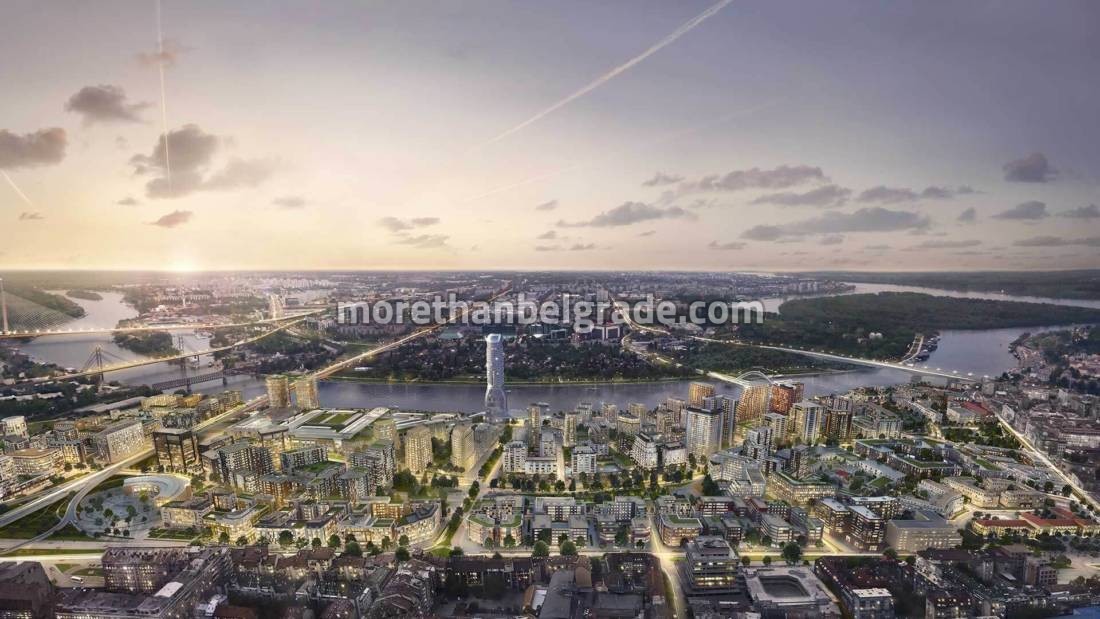 There are also new symbols of Belgrade – BW Gallery shopping center of 300,000 square meters. It is the largest shopping center in this part of Europe. Works are running, everything goes according to plan.. 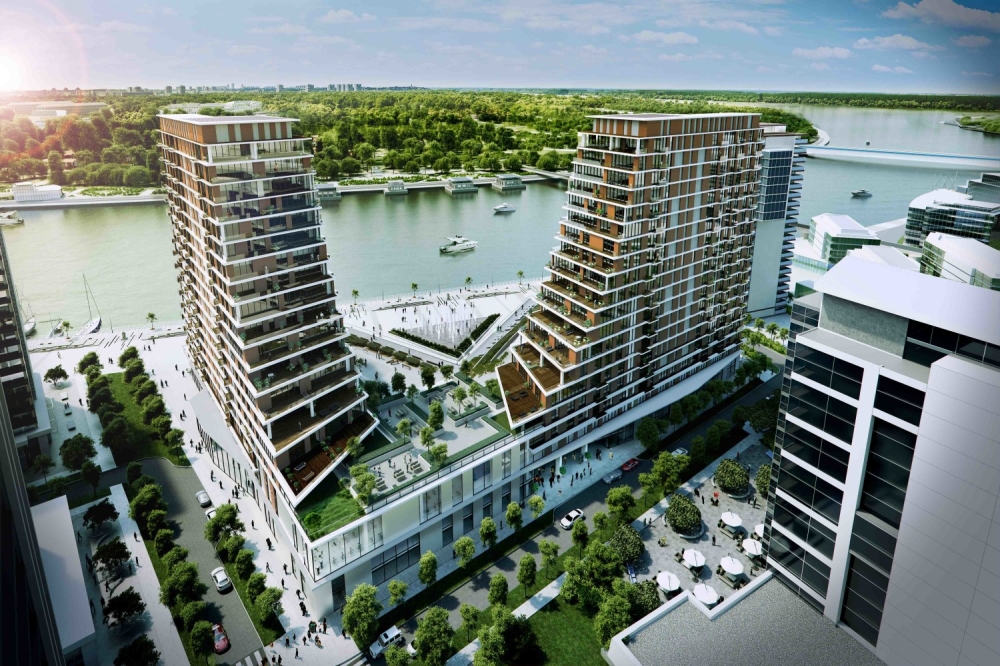 Eventually, the project changed from year to year, and the models that represent this futuristic settlement. On the latest animations, the new look of the future bridge is also visible, which will be located on the site of the present Old Sava bridge. Just like the appearance of the Belgrade Tower compared to the original version.

In the capital city, there is a hotel that Serbia has not seen so far: With 160 meters of height, the whole city is visible from it. 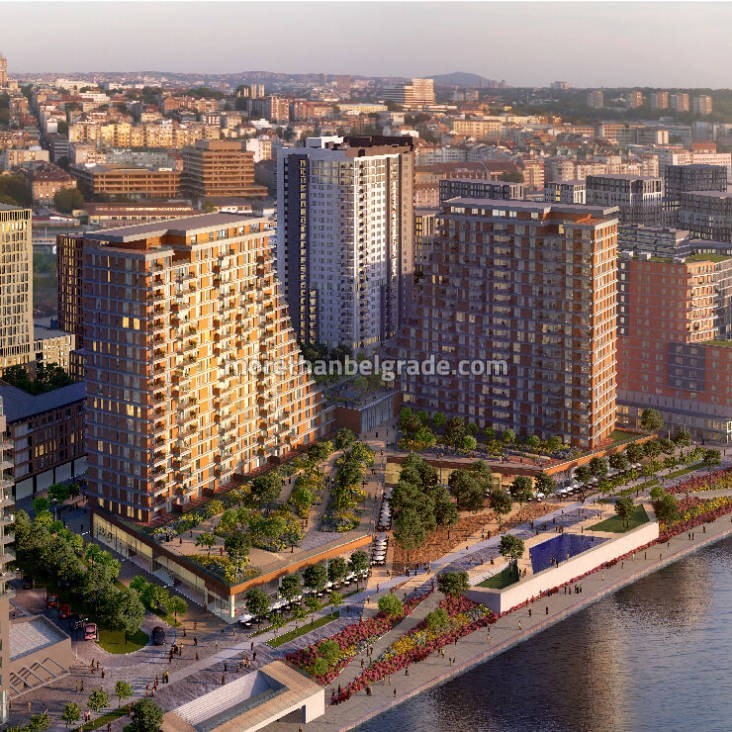 In the already recognizable building of 40 floors that will dominate not only Belgrade’s water area, but also panorama of the whole capital, there will be a luxury hotel St. Regis, the Meriot chain.

Upon completion of the works, it will be the most popular tourist attraction in the city. At the top of the building there is a panoramic view of the city. The hotel will occupy nine floors in the tower. It will have 125 rooms and apartments overlooking the city and the Sava. 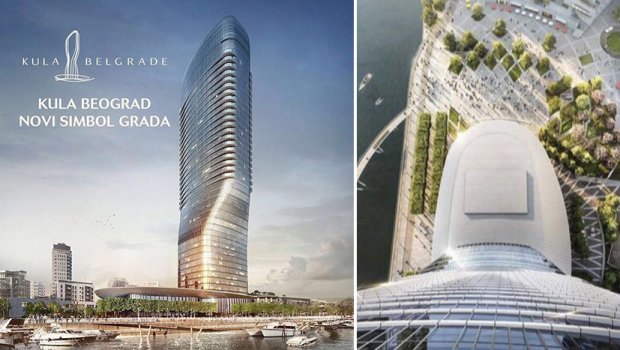 In addition to the room you will find a recognizable restaurant on the last floor, with panoramic views, a restaurant open 24 hours a day, St. Regis Bar, spa center, swimming pool, gym, as well as a place for events, meetings and special celebrations.

Belgrade Tower is located in the middle of a public square, an open space that occupies more than 12,000 square meters and in the future will become a center with content for families and a place for interactive events and celebrations throughout the year.