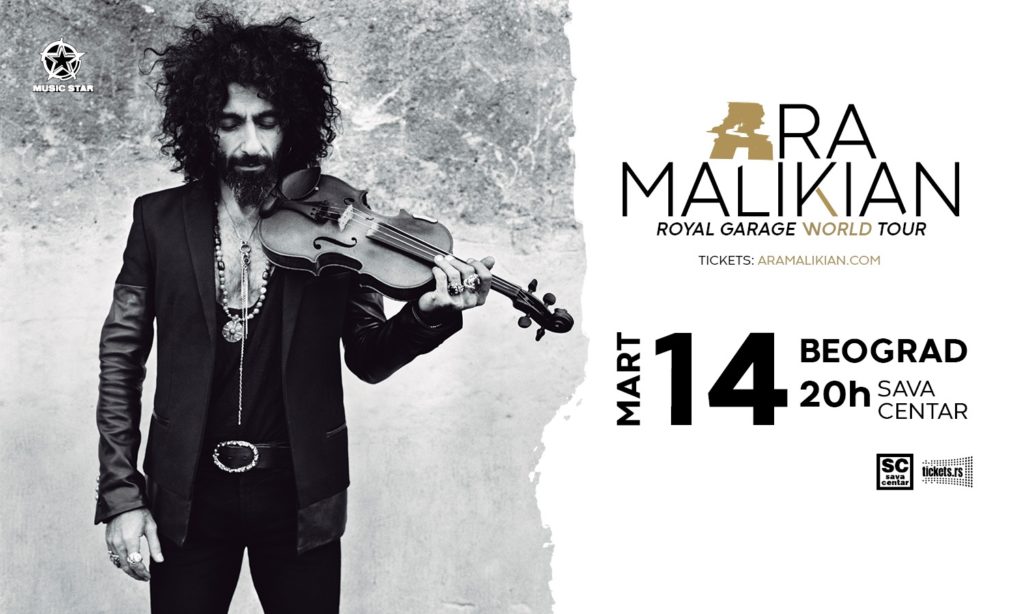 If you are visiting Belgrade in March don’t miss the concert of this extraordinary and exceptional musician. As part of his Global tour Royal Garage World Tour Ara Malikian will perform in Belgrade on March 14th at Sava Center.

Ara Malikian’s concerts are interactive because he covers music from blockbusters in which he participated as well. Rewards he received for these encourage and empower him to go on World tours like this one.

Fans from the region waited for a long time for this spectacle and finally it is here.

Ara Malikian is definitely a name that you don’t forget. As part of his tour next to cities like: New York, Moscow, Paris, Hong Kong, London and many more cities, Serbian Capital was placed as well on Ara’s list. Ari will perform with his orchestra on March 14th in Sava Center, and show to the audience why he is called Paganini in Jiny Hendrix suit. Argentinian tango, Spanish flamenco, Arabian and Gypsy sound is something that is characteristic for him.

Ticket price ranges from 2000 rsd to 4600 rsd, and you can get them at Sava Center, on Tickets service or online

An artist that definitely redesigned limits of music will soon perform in our Capital as well. This is an event you should not miss out on