BEER IS NEVER ONE!

Make Free & Guaranteed Reservation with Us!

From the time before the Second World War, the foreigners know that the fastest way to become a Belgrade citizen is a pilgrimage to numerous Belgrade taverns and pubs. The gourmet paradise is guaranteed in Belgrade, and about this wrote many that have left town with a couple of pounds more and a hangover.

In Belgrade, there is always an understanding of these phenomena, because taverns, like some elevators, serve to climb and lower to the height and depth of feeling, in the fog of history or the uncertainty of the future ”

During the Austro-Hungarian occupation of Belgrade, the first breweries on Dorćol were opened. At this very place where we decided to give you a unique pub, in the middle of the 19th century “Mala Pivara” has opened – it was the third brewery in the amount of beer produced in Belgrade, immediately after the “Kneževe velike pivare” and “Parne pivare Bajloni i Sinovi a.d.” At the place where the famous Yugoslav beer industry was born, known better under the acronym “BIP”, we are right there. Pivara placed their brewery at the address Cetinjska 15a, and it’s a place where you will be able to spend time in the heart of Belgrade from noon until the deep night. It will be an idyllic base for all who want to have a quality day with the mug of the great beer!

In Pivara there are 15 types of beer that are served tapped from the barrel, of which  5 beers are produced in domestic production conditions. Special attention is given to the storage of the barrels so that the exact beer has a real taste. Many believe that tapped beer can really be fresher, and in order to kill all the doubts, in addition to 15 types of “punched” beer, it also includes 15 types of homemade and foreign, bottled beer!

The musical program starts every night from 20h, from Wednesday to Sunday, with the good old rock and roll.

For those who are getting hungry, there is a great offer of Pizzagram pizzas that fit perfectly with beers. So, cheers! Love is in the beer!

There are certainly a few ways how to feel Belgrade at night better, and one of them is our Party concierge, where we are taking our groups to Pivara for warm-up before visiting some of the famous night clubs in Belgrade. So contact us and get your best deal for the best times in the city!

Pivara Belgrade Price List #Get Inside the Pub Online 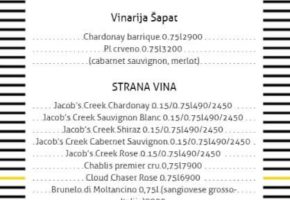 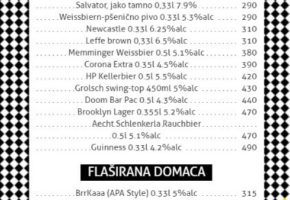 Map #How to find Pivara 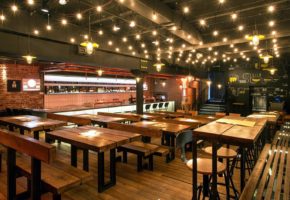 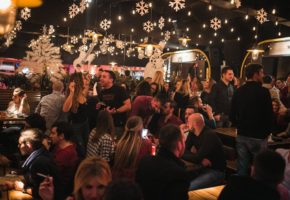 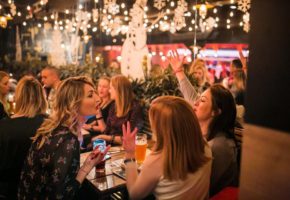 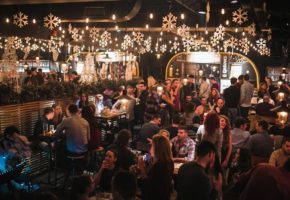 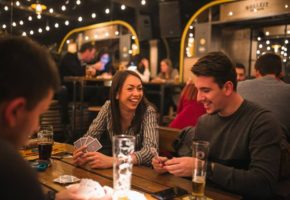 What People Think About Pivara
#Testimonials

I heard thay have excellent live performance music in the evenings and become very crowded, we couldn't make it in the evening but we had a nice breakfast there under the open sky in the garden, and it was very nice. Very good located place good spot...

Will come again to Eleven pub for sure! it was a bit hard to find no big sign on the street, but once we found it we had a great evening, they have nice snacks as well with very affordable prices, and large list of beers... what else would you need...

Not bad in general

It is a nice place, very live, it was very crowded so we waited like 30 minutes for our order, they should provide faster service, other than that no complaints, it was Serbian pop music but we enjoyed it

Very nice place, we tried local beer name was something like on the "Z" letter and it was a really good one. Great atmosphere and easy to find.

Nice pub , have a nice selection of food as well, only music was to loud for my taste

Discover other most popular pubs in Belgrade.

Martinez bar is something new in the popular district Savamala, something that will completely shake you

This pub is a great place to relax, dance and meet people or have a drink as a warm-up before the club.

One of the newest and most popular bars in Belgrade

In the heart of the city lies Tranzit bar, offering you the vibrant ambiance and unique mix of restaurant, bar and night club

SHISHA HILL is a popular, recently opened bar in the downtown of Belgrade

For all those who appreciate sports, good beer, and a nice environment, but also enjoy some fine domestic cuisine Square Five sports pub it`s a

One of the favorite pubs for tourists and locals